To fully grasp why her remarks about Obama were so outrageous, take another look at her record in Congress. 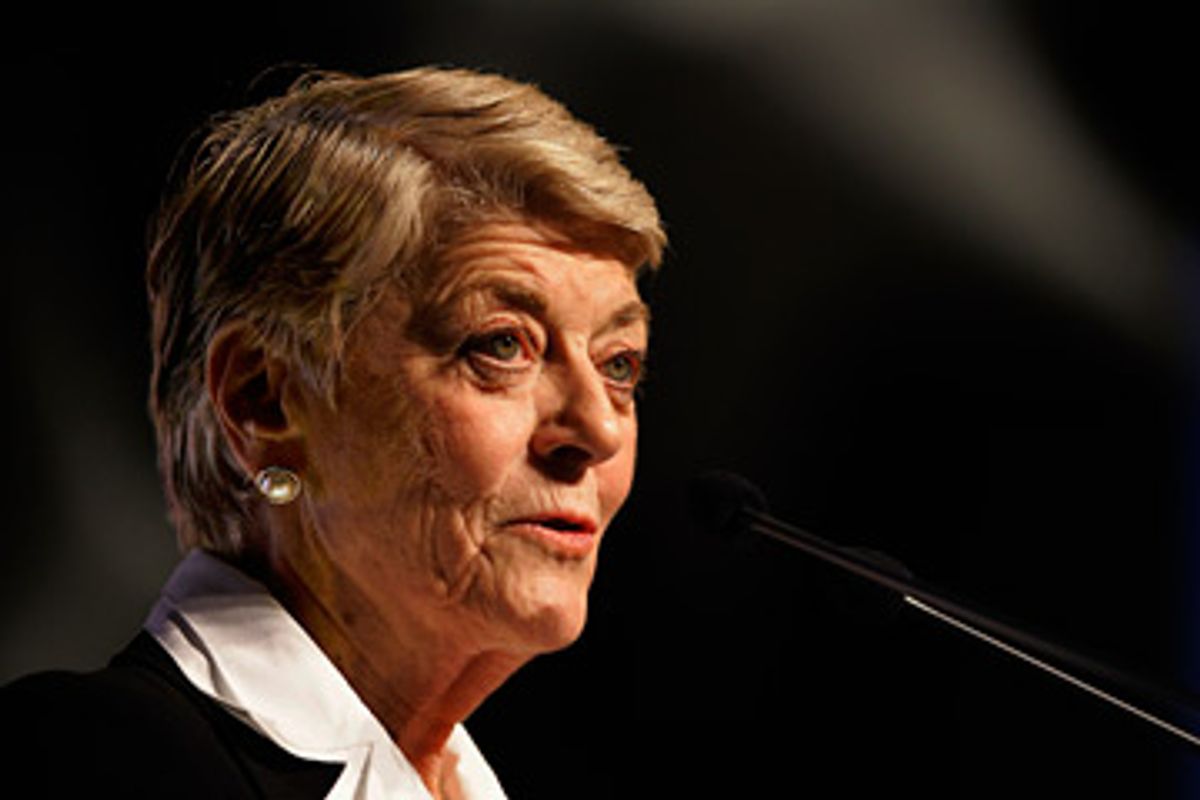 Can we please, please hear no more from Geraldine Ferraro? Unless, of course, she opens her mouth to offer an abject apology to Barack Obama, which doesn't seem to be forthcoming.

After her recent excursions into political commentary, which have so badly embarrassed her and her preferred presidential candidate, a period of discreet reflection might be advised. Unfortunately, the very first line of her embittered letter of resignation to Hillary Clinton hinted otherwise: "I am stepping down from your finance committee so I can speak for myself ..."

That is fair warning, but also an opportunity to examine a living historical relic with candor instead of mere courtesy.

Until lately, Ferraro was an admired waxwork, a symbol of national progress and a brief entry in a child's textbook. Then she confided her opinion of the Democratic presidential front-runner to a California newspaper. "If [Barack] Obama was a white man, he would not be in this position. And if he was a woman (of any color) he would not be in this position. He happens to be very lucky to be who he is. And the country is caught up in the concept."

That sounded like folk wisdom from her home borough of Queens, N.Y., where she once represented the Archie Bunker constituency in Congress -- and where racist resentment of all those "very lucky" black people was once a common refrain (and can still be heard in certain saloons and clubhouses today). Those corrosive observations usually referred to affirmative action, which threatened traditional ethnic monopolies on certain jobs and contracts in both the public and private sectors. And indeed, Ferraro's reaction to the criticism of her stupidity is reminiscent of the resentful whining of white men who complained about "reverse" discrimination and the supposed taboos of political correctness.

"Any time anybody does anything that in any way pulls this campaign down and says let's address reality and the problems we're facing in this world, you're accused of being racist, so you have to shut up," Ferraro said. "Racism works in two different directions. I really think they're attacking me because I'm white. How's that?"

Not so good, Gerry. Rather than try to parse that almost incomprehensible but undoubtedly vile statement, however, let us instead analyze what Ferraro said about Obama -- which probably reflects the outlook of a certain segment of white America. One way to do this is to compare his career with hers.

Unlike Obama, who had to make his way in Chicago politics on his own merits after his stint as a community organizer and local lawyer, Ferraro benefited from family and political connections when she decided to run for Congress. Her cousin Nicholas Ferraro had been the Queens district attorney, and she got her first political job as an assistant D.A. Always a reliable cog in the Queens Democratic Party, which in those days was among the country's most corrupt and boss-ridden political machines, she didn't have to worry much about primary or general election opponents.

Ferraro's three terms in Congress produced little in the way of legislation -- again unlike Obama, whose single term in the Senate has seen him mark several milestones, in particular a landmark ethics reform package. That wasn't the kind of thing that Ferraro would have supported back when she was in the House, since she prided herself on cuddling up to the leadership rather than challenging the status quo in any way. She was an ordinary pork-chopper, but her personality and determination won over Thomas P. "Tip" O'Neill, then the House speaker.

It was the late O'Neill, a fine man in many ways, who made the mistake of recommending her to Walter F. Mondale as a vice-presidential prospect in 1984. The worthy but lackluster Democrat from Minnesota was seeking to spice up his candidacy with a different kind of running mate, and considered several potential female and African-American nominees before settling on Ferraro.

The female running mate was a clever gambit that the Democrats executed very poorly. As inspiring as the Ferraro story was when she took the stage at the July 1984 convention in San Francisco, her nomination turned out to be unhelpful to the Democratic ticket, which lost 49 states to the incumbent Republicans, President Ronald Reagan and Vice President George H.W. Bush. Circumstances were generally unfavorable to Mondale, whose own inept campaigning made matters still worse, but the initial euphoria over the first woman on a major party ticket evaporated as soon as the press took a closer look at her background.

As Village Voice investigative reporter Wayne Barrett later revealed, the Republican oppo researchers knew much that Mondale evidently didn't about Ferraro and her family's connections with organized crime, dating back at least two generations, and how she had personally profited from those unsavory bonds. (Barrett and William Bastone continued to report on those links for the Voice when Ferraro ran for the Senate in 1992, discovering literally dozens of contributions and deals that involved the worst thugs in New York.)

Such are the perils of tokenism. As she has forthrightly acknowledged, to her credit, her sudden elevation was attributable to her gender rather than to any innate quality of her own. She had no discernible qualifications to serve as president if anything happened to Mondale. And she had done nothing to earn her place on the ticket that had not been done by a couple of hundred other House members. Many if not most of them had done more.

Obviously the same cannot be said of Obama. He has run a masterful national campaign against a rival whose nomination was said to be inevitable when he began, and he has had to rely on his own powers of inspiration and persuasion to get this far. And the polls indicate that his story may have a far more uplifting conclusion than hers did.

Either way, she still owes him an apology.