The candidate discusses his former pastor, who has been the subject of controversy in recent days, and race in the U.S. generally. 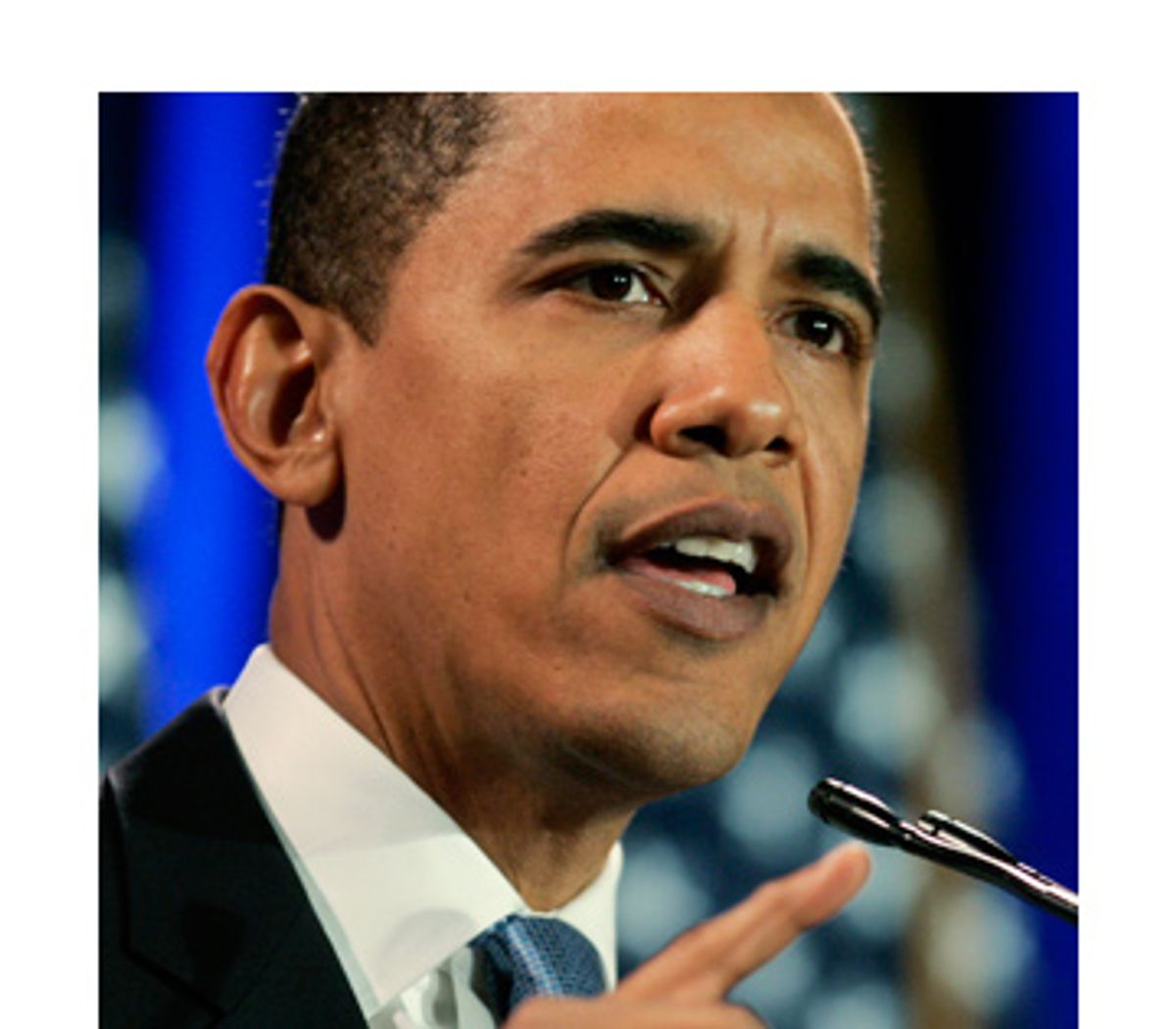 Tuesday morning, Barack Obama took to the Constitution Center in Philadelphia to deliver a speech that, though it was announced only Monday, had suddenly come to be seen as a make-or-break moment for his candidacy. It was a speech necessitated by the revelation of comments made by Obama's longtime pastor, the Rev. Jeremiah Wright, who was already in the process of retiring.

Those comments included this, from a 2003 sermon:

And they also included this, from a sermon Wright delivered on the Sunday following the attacks of Sept. 11, 2001:


We bombed Hiroshima, we bombed Nagasaki, and we nuked far more than the thousands in New York and the Pentagon, and we never batted an eye ...

We have supported state terrorism against the Palestinians and black South Africans, and now we are indignant because the stuff we have done overseas is now brought right back to our own front yards. America's chickens are coming home to roost.

In his speech, Obama separated himself again from Wright's remarks, saying:


I have already condemned, in unequivocal terms, the statements of Reverend Wright that have caused such controversy. For some, nagging questions remain. Did I know him to be an occasionally fierce critic of American domestic and foreign policy? Of course. Did I ever hear him make remarks that could be considered controversial while I sat in church? Yes. Did I strongly disagree with many of his political views? Absolutely -- just as I'm sure many of you have heard remarks from your pastors, priests, or rabbis with which you strongly disagreed ...

As imperfect as he may be, he has been like family to me. He strengthened my faith, officiated my wedding and baptized my children. Not once in my conversations with him have I heard him talk about any ethnic group in derogatory terms, or treat whites with whom he interacted with anything but courtesy and respect. He contains within him the contradictions -- the good and the bad -- of the community that he has served diligently for so many years.

The profound mistake of Reverend Wright's sermons is not that he spoke about racism in our society. It's that he spoke as if our society was static, as if no progress has been made, as if this country -- a country that has made it possible for one of his own members to run for the highest office in the land and build a coalition of white and black, Latino and Asian, rich and poor, young and old -- is still irrevocably bound to a tragic past. But what we know -- what we have seen -- is that America can change. That is true genius of this nation. What we have already achieved gives us hope -- the audacity to hope -- for what we can and must achieve tomorrow.

(Salon has posted the full text of Obama's speech; it can be read here.)

Obama also spoke about the issue of race in the U.S. more generally. "We do not need to recite here the history of racial injustice in this country," Obama said. "But we do need to remind ourselves that so many of the disparities that exist in the African-American community today can be directly traced to inequalities passed on from an earlier generation that suffered under the brutal legacy of slavery and Jim Crow."


Segregated schools were, and are, inferior schools; we still haven't fixed them, 50 years after Brown v. Board of Education, and the inferior education they provided, then and now, helps explain the pervasive achievement gap between today's black and white students.

Legalized discrimination -- where blacks were prevented, often through violence, from owning property, or loans were not granted to African-American business owners, or black homeowners could not access FHA mortgages, or blacks were excluded from unions, or the police force, or fire departments -- meant that black families could not amass any meaningful wealth to bequeath to future generations. That history helps explain the wealth and income gap between black and white, and the concentrated pockets of poverty that persist in so many of today's urban and rural communities.

A lack of economic opportunity among black men, and the shame and frustration that came from not being able to provide for one's family, contributed to the erosion of black families -- a problem that welfare policies for many years may have worsened. And the lack of basic services in so many urban black neighborhoods -- parks for kids to play in, police walking the beat, regular garbage pickup and building code enforcement -- all helped create a cycle of violence, blight and neglect that continues to haunt us.

As he did in his comments about feelings in the African-American community, Obama also discussed continuing anger on the issue of race in the white community, saying:


Like the anger within the black community, these resentments aren't always expressed in polite company. But they have helped shape the political landscape for at least a generation. Anger over welfare and affirmative action helped forge the Reagan coalition. Politicians routinely exploited fears of crime for their own electoral ends. Talk show hosts and conservative commentators built entire careers unmasking bogus claims of racism while dismissing legitimate discussions of racial injustice and inequality as mere political correctness or reverse racism.

Just as black anger often proved counterproductive, so have these white resentments distracted attention from the real culprits of the middle-class squeeze -- a corporate culture rife with inside dealing, questionable accounting practices and short-term greed; a Washington dominated by lobbyists and special interests; economic policies that favor the few over the many. And yet, to wish away the resentments of white Americans, to label them as misguided or even racist, without recognizing they are grounded in legitimate concerns -- this too widens the racial divide, and blocks the path to understanding.

Finally, Obama warned that focusing the election on Wright's statements would be counterproductive, and that similar distractions would pop up again the next time around. Obama said:


We have a choice in this country. We can accept a politics that breeds division, and conflict, and cynicism. We can tackle race only as spectacle, as we did in the O.J. trial -- or in the wake of tragedy, as we did in the aftermath of Katrina -- or as fodder for the nightly news. We can play Reverend Wright's sermons on every channel, every day, and talk about them from now until the election, and make the only question in this campaign whether or not the American people think that I somehow believe or sympathize with his most offensive words. We can pounce on some gaffe by a Hillary supporter as evidence that she's playing the race card, or we can speculate on whether white men will all flock to John McCain in the general election regardless of his policies.

We can do that.