The precursor to Tony Soprano and Dexter was a corporate shark with serious daddy issues -- and a yen for cardboard boxes. 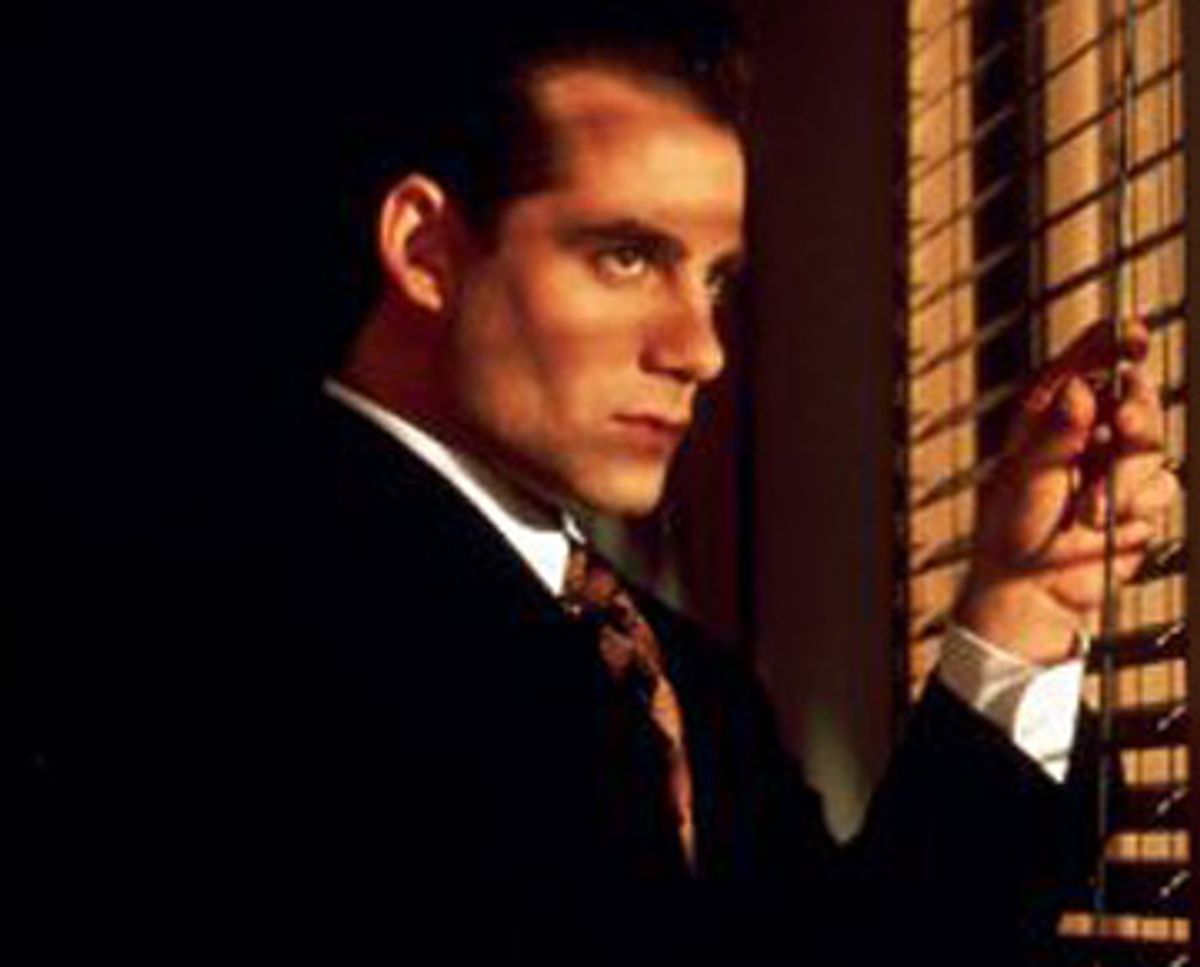 If you were among the few who caught any of "Profit" when it aired in 1996, either you remember it or you did your best to forget it, maybe popping a few aspirin at the time thinking you'd drifted out of some crazed fever dream.

More than a decade ago, before Tony Soprano, Dexter Morgan or Don Draper brought their dark thoughts and varying neuroses into our living rooms, we were used to protagonists who were straightforward and likable. TV was dominated by friendly little shows with big yuks like "Seinfeld" and "Friends" ... and "Suddenly Susan," "Home Improvement," "Caroline and the City" and "Boston Common," all of which cracked the Top 10. It seemed a more cheerful time. Why would anyone want to watch a pitch-black series with a psychopathic corporate shark as its subject?

Because it was subversively riveting, superbly cast and directed, and unlike anything we really had seen before. None of the edgy drama success stories preceding it -- the spooky surrealism of "Twin Peaks" or paranoia of "The X-Files" -- prepared us for Jim Profit, a criminal mastermind who kills his father, sleeps with his stepmother and spends his days calmly manipulating co-workers into doing the unthinkable before retreating to his icily chic apartment, stripping naked and curling up in a cardboard box for the night.

Sadly, "Profit" bombed, and Fox yanked it after just four episodes. What might have turned off viewers to "Profit" wasn't just that it was so different from TV but that it was such an affront to it. The show now looks like one long perversion of the cheerfully bland surfaces of '90s culture, a sustained attack on the era's prevailing power beige -- the dominant blond-wood interiors, the boxy computer terminals, the toned-down power suits in earthy neutrals and the people. Boy, were the people beige.

But not Jim Profit. Profit (played by Adrian Pasdar, now best known as Nathan Petrelli on "Heroes") oozes into Gracen & Gracen, a blandly generic mega-corporation, and wastes no time blackmailing an assistant into being his henchwoman, setting up the company's president for a major fall and ingratiating himself with the company's ruling family. We learn that the cardboard box young Profit was reared in by his monstrous father was a Gracen & Gracen box, and that the corporate slogan is "The Family Company." Is Profit, the survivor of the father of all broken homes, seeking some sort of large-scale psychic revenge -- or a family? What's driving Jim Profit to destroy so many lives?

Part of what makes him such a menacing figure is that we're never quite clear about his motives, or even if there are any. Seeing inside the mind of a sociopath doesn't offer too many answers, and David Greenwalt and John McNamara, the writing team behind the show, know better than to try and make us understand Profit's menace; the fun is in watching him on the hunt, not trying to figure out why he does it.

Much of what makes Profit so successful, though, is Pasdar, who didn't just play him as dark lord but looked the part, too. If anyone then had seen Pasdar in another role it was probably in Kathryn Bigelow's cult hit "Near Dark," where he was cast as a fledgling vampire, and you can see why. Handsome, and blessed with a deep, purring baritone that he used to narrate the beginning and end of every episode, Pasdar made a very unconventional leading man for TV. But with his black eyes and ghostly pallor, he conveyed an irresistible, sinister charisma.

He was matched by the great Lisa Zane as Joanne Meltzer, the G&G security chief, who is Profit's chief foil. Profit and Meltzer seem to relate to each other instinctually -- she senses immediately that something is off about Profit -- and it helps that Zane, with her swarthy beauty and low growl, easily could be cast as Pasdar's sister. These two decidedly nonbeige choices stand out from the rest of the cast (especially all those generic Gracens) like wolves at the Westminster Dog Show, and their scenes together are the most vivid in the series, including the time he threatens to muscle his way onto her houseboat and she levelly warns him: "Oh please, Jim, break down the door. Give me an excuse to blow your psychopathic head off."

(That's the series' second most memorable line. The first comes when Profit is nearly assaulted in his office by a saucy redhead in a red dress -- the fantastic Lisa Blount -- who plants a huge kiss on him. His response: "Hi mom." Or maybe it's the time later in the series when, after Profit tells her that her pupils are dilated from using drugs, she lasciviously responds: "Along with the rest of me, Sugar.")

Sadly, the show didn't showcase the fiery Profit/Meltzer dynamic enough. In 1996, it was before the serial drama really took hold, and each episode seemed bound by the constraints of a more conventional episodic structure, with new characters and conflicts. Threads were picked up and abandoned. It's the chief disappointment in watching the full eight episodes (including the two-hour pilot and four episodes that never aired) of "Profit

" on DVD; we don't get a clear idea of whether there was a complete arc planned for Jim Profit or whether the creators even knew where his maniacal takeover of G&G was headed.

But they remain creepy. And you can't help thinking that one of the show's larger themes -- a chameleon-like sociopath uses the new, magical computers to invade his unsuspecting victims' privacy, and to exploit and degrade them -- would've registered a lot stronger with audiences just a few years later. Heck, they might even register a lot stronger today.