Does advertising to strangers that you were raped raise awareness about sexual assault? 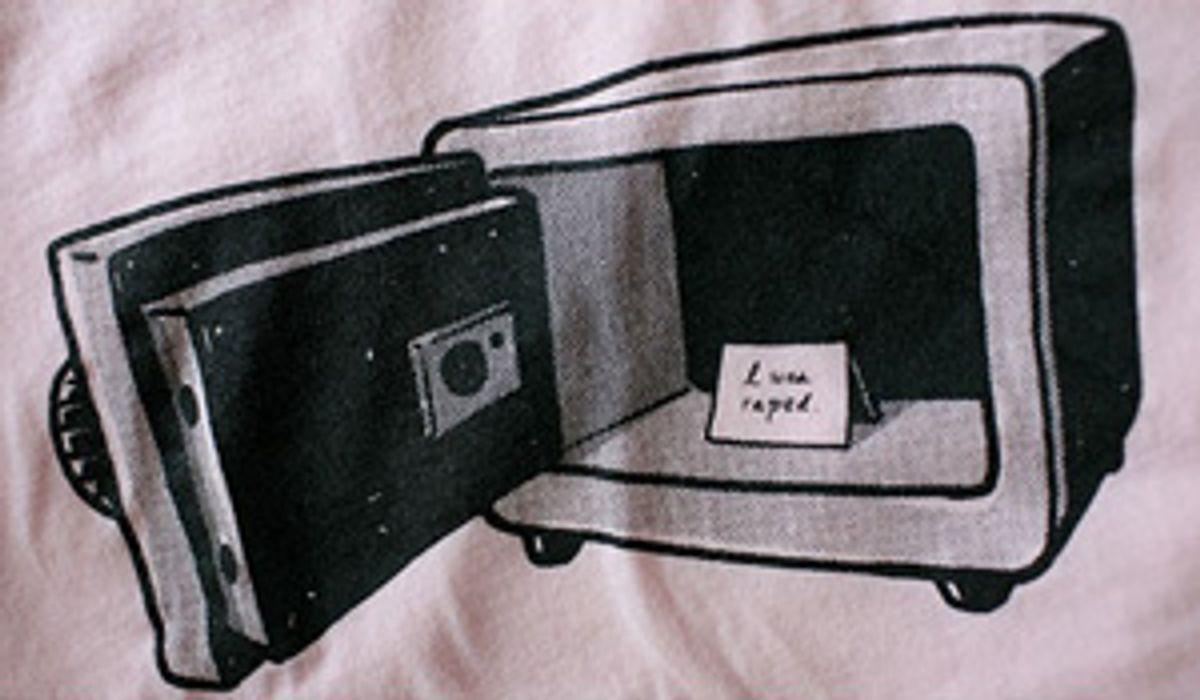 I feel like a political party pooper, I do. But try as I might, I am not filled with yee-haw, you-go-girl enthusiasm over a T-shirt announcing, "I was raped." In case you missed it, the New York Times reported today on a new T-shirt being sold by feminist activist Jennifer Baumgardner. The pale pink tee features a safe with its door open, and inside is a handwritten note reading, "I was raped." Baumgardner told the Times, "The wearer isn't advertising that he or she was raped, but rather opening up to you, the viewer, and also saying that this is a small part of who he or she is."

Except that the T-shirt does advertise that the wearer was raped. If having been raped is such a small part of who you are, why trumpet it on a T-shirt? I just don't understand wanting to reveal to strangers all of the subtle nuances of who you are or what you have experienced through a T-shirt; I felt the same way about Baumgardner's famed "I had an abortion" T-shirt.

Don't get me wrong: I'm all for women choosing to wear the T-shirt if they feel like it's an empowering act -- or even just because they dig the design. I fully support the intent behind the shirt; I'm just unmoved by the actual concept. I doubt that the T-shirt truly awakens strangers passed on the street to the realities of rape or that wearing the T-shirt is the best way -- or even a good way -- to strike up meaningful conversation about the frighteningly common experience of rape. Maybe it would be if one in six women (the estimated number of women who have been sexually assaulted) actually wore the T-shirt on the same day; it would certainly drive home that statistic.

Then again, maybe wearing the T-shirt has less to do with the effect it has on others than with what it does for the woman wearing it. Thoughts?