The decline and fall of the American empire of debt

Kevin Phillips' newest excoriation of the state of the union, "Bad Money," is the right book for the right time. 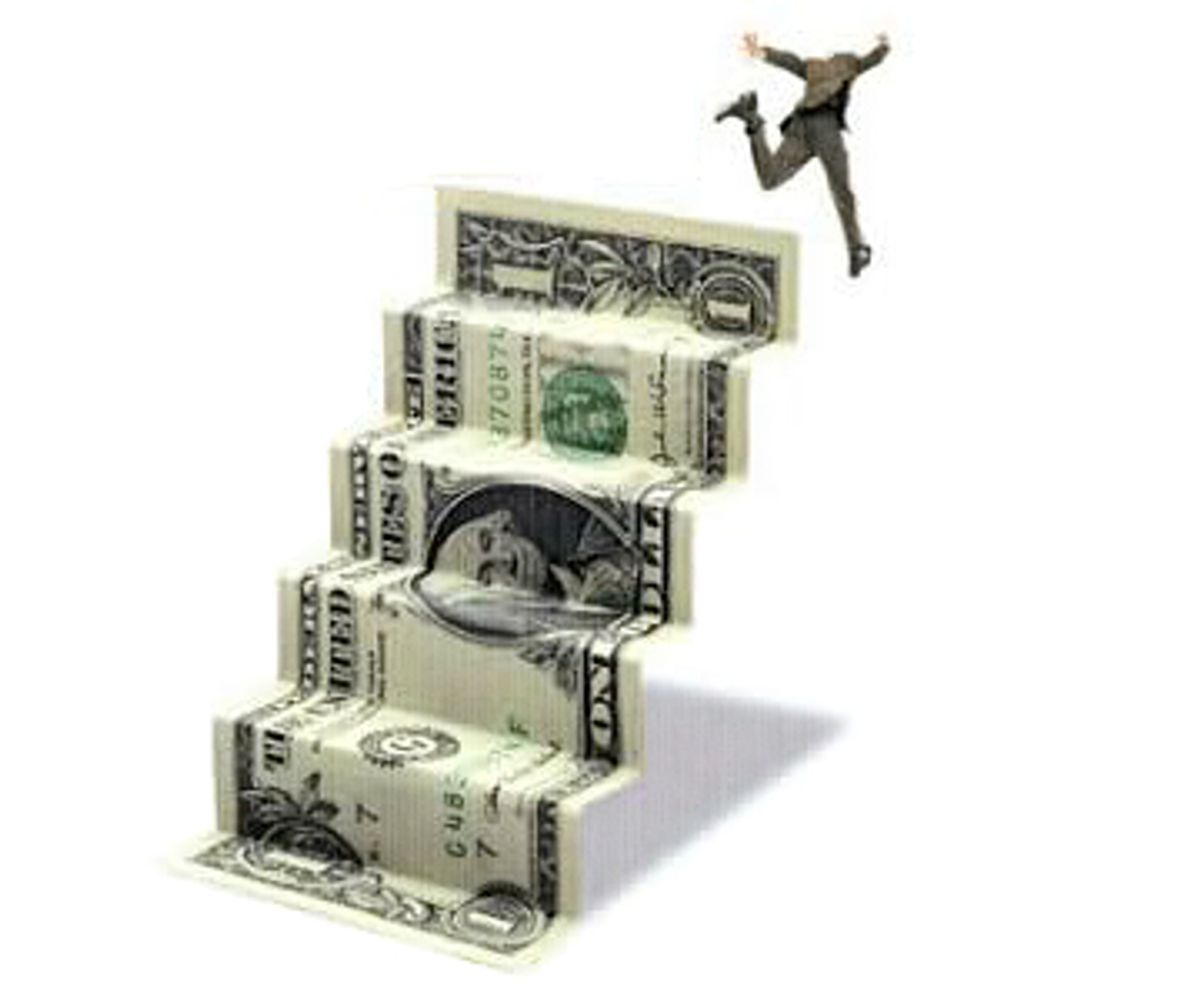 Another election year, another jeremiad from Kevin Phillips. As the veteran political commentator notes in the preface to "Bad Money: Reckless Finance, Failed Politics, and the Global Crisis of American Capitalism," the new book is his fourth in six years, which is impressive production by any standard. Phillips claims he did not originally intend to mark the 2008 election campaign with yet another tome lambasting the state of America. But really, what are you supposed to do when all your dire predictions of catastrophe and imperial decline start manifesting themselves in real time? As a Cassandra ready for his close-up, Phillips has every right to pump out a quickie I-told-you-so.

What is amazing is how lucid Phillips manages to be in 200 or so pages that were assembled on very short notice. The credit crunch that paralyzed Wall Street last August is the catalyst, but Phillips is up-to-date, economically speaking, right through the end of 2007. And he's lucky, even if the country isn't -- nothing that has happened since the new year began disproves Phillips' main theme, which is that Wall Street's chickens have come home to roost. The opposite is true -- every day brings further evidence that flaws in the foundation on which the United States is constructed are cracking wide open.

In his three most recent books, "Wealth and Democracy," "American Theocracy" and "American Dynasty," Phillips obsessed over what he describes as "the scary intersection of oil, debt, and religion." He doesn't so much repeat himself in "Bad Money" (although regular readers will find a great deal that is familiar) as he delivers a masterly recapitulative summation. The dots have all been connected, the picture is now complete.

Phillips has warned for years about the inevitably malign consequences of what he calls the "financialization" of the American economy. Sometime in the mid-'90s, he writes, financial services overtook manufacturing as the biggest chunk of the U.S. gross domestic product. If you believe, as Phillips does, that all the furious activity on Wall Street masterminded by the likes of Citigroup and Goldman-Sachs and Merrill Lynch is just a bunch of speculation and froth that doesn't actually result in the creation of anything real, then there has never been a better time for triumphantly pointing out the disasters that ensue when the rest of the world also realizes that Wall Street is wearing no clothes.

This book's thesis, now that a quarter century's results are in hand, is that the eighties can be identified as the launching pad of a decisive financial sector takeover of the U.S. economy, consummated by turbocharged, relentless expansion of financial debt, and eventual extension of mortgage credit to subprime and other unqualified buyers. The two converging pumps helped to swell the housing, mortgage, and credit bubble that began imploding in the summer of 2007.

Debts must ultimately be paid -- everyone knows that. But what is most frightening about our current circumstances is how quickly the reckoning has arrived. Phillips notes that many observers of the economy believed that a credit bubble at least two decades in the making would take at least as long as that to unwind. But instead, the books are getting balanced all at once, and the prospect of a shock that could imperil the entire global financial system has been acknowledged on the floor of Congress by none other than the chairman of the Federal Reserve Bank, Ben Bernanke. One can only imagine Phillips witnessing the rescue of Bear Stearns a few weeks ago and gnashing his teeth in frustration -- the drama would have served as a perfect set piece for Chapter 1 of "Bad Money." (But not to worry, there will be room for Bear Stearns in the paperback edition.)

Phillips is renowned in American punditry circles because he is the rare example, in recent decades, of a conservative who has moved steadily to the left. At one time a senior strategist for Richard Nixon and the author of "The Emerging Republican Majority," he is now utterly estranged from the Republican Party and makes no attempt to disguise his abject contempt for the current administration. Nonetheless, he is consistent in noting that the financialization of the American economy is a bipartisan project. If anything, Bill Clinton's administration was more attentive to Wall Street's laissez-faire hankerings than either Bush administration. As a result, Wall Street now owns Washington, lock, stock and barrel, to an extent not witnessed since the 1920s. As recent events so clearly demonstrate, maintaining the health of financial markets is the first order of priority for Congress and the White House.

But is it all worth it? Where's the sense, asks Phillips, in protecting a revenue stream that primarily gets gobbled up by the top 1 or 2 percent richest Americans, at the expense of "the broad economy of 300 million Americans."

Phillips' two other preoccupations over the past decade are the rise of the religious right and increasing U.S. dependence on foreign oil. Previously, he has argued provocatively that Pentecostal-style belief in the imminence of the Rapture nurtures a get-rich-now, who-cares-about-the-future mentality in regions of the U.S. where hard times once bred economic populism and skepticism of men who wear top hats and monocles. What happened to Kansas? The short answer is, it got religion. But in "Bad Money" Phillips sounds a rare note of optimism. He interprets the Democratic takeover of Congress in 2006 as a rebuke to the seemingly unstoppable rise of evangelical America, which undercuts, by a fair bit, the thesis he put forth in "American Theocracy: The Peril and Politics of Radical Religion, Oil, and Borrowed Money."

Or maybe people just started paying attention. Could 2006 really have been the high-water mark for the "moral majority"? We'll have to wait for another election year to find out.

As for oil, while at first it might seem a bit off-putting to find a chapter on "peak oil" in the middle of a book mostly devoted to financial shenanigans, the current price tags of a barrel of crude and a gallon of gasoline obviously pile even more stress on top of an economy already teetering after years of gross mismanagement. Phillips has long castigated the Bush administration for its energy misadventures -- believing, as do many Bush critics, that the invasion of Iraq was motivated in large part by geopolitical petroleum concerns. But how could two oilmen in the White House have screwed up so spectacularly? Dark times are ahead, he foresees, as the major powers of the world struggle for control of the world's dwindling supplies of fossil fuels. But as this time of peril hastens toward us, the once mighty U.S. is no longer master of its own manifest destiny.

If financial markets are just a giant Ponzi scheme, then, as viewed against the tapestry of imperial history, the U.S. has made the wrong strategic bet. Phillips has his most fun comparing the 21st century United States with the late stages of three great imperial powers before it -- the Spanish, Dutch and British empires. There's a distinct "The Rise and Fall of the Great Powers" thesis at work here, though Paul Kennedy's name is not mentioned.

As empires get long in the tooth, they appear to forget what made them strong.

Bingeing on debt is reckless, and financialization has a long record of being a dangerous late stage in the trajectory of previous leading world economic powers. Moving money around instead of making things is always dicey, and the U.S. transformation has been the most grandiose to date...

Money is "bad," in the historical sense, when a leading world economic power passing its zenith -- before the United States, think Hapsburg Spain, the maritime Dutch Republic (when New York was New Amsterdam), and imperial Britain just before World War I -- lets itself luxuriate in finance at the expense of harvesting, manufacturing, or transporting things. Doing so has marked each nation's global decline. To institutionalize the dominance of minimally regulated finance at this stage of U.S. history is a bad idea.

There is, naturally, a counter-argument -- that the frenetic activity of financial markets channels investment to where it is most profitable, that it results in efficient "price discovery," that risk is diversified by financial innovation. This is an argument we've heard an awful lot of from Wall Street and the White House over the past 25 years. It is the gospel of Milton Friedman and Alan Greenspan, and it's not going to go down without a fight. Perhaps all we need to note at this point is that the spring of 2008 isn't the best time to try to articulate that argument, with a straight face.

My summation is that American financial capitalism, at a pivotal period in the nation's history, cavalierly ventured a multiple gamble: first, financializing a hitherto more diversified U.S. economy; second, using massive quantities of debt and leverage to do so; third, following up a stock market bubble with an even larger housing and mortgage credit bubble; fourth, roughly quadrupling U.S credit-market debt between 1987 and 2007, a scale of excess that historically unwinds; and fifth, consummating these events with a mixed fireworks of dishonesty, incompetence, and quantitative negligence.

Come on, Kevin, tell us how you really feel!