Is Miss USA an Obama girl?

2008 pageant winner is a Texas Democrat. 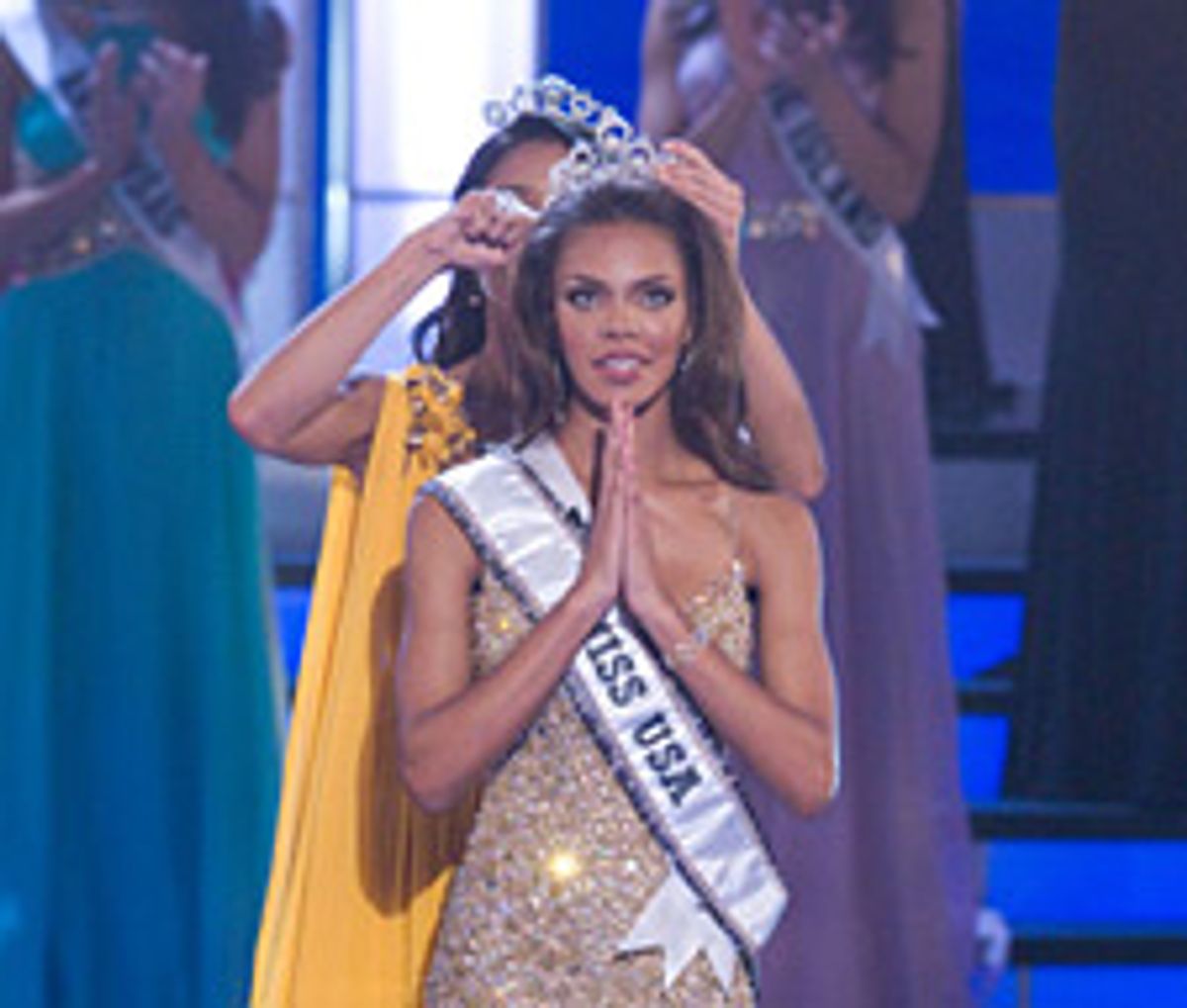 George W. Bush may still have some supporters left in his home state of Texas, but the new Miss USA, a Texas Democrat, is not likely to count herself among them. "One of my goals is to be a positive role model," she said in an interview on the "Today" show Monday. "I think we need that more today, and that's my goal, to be a great Miss USA." Do today's young women really need a beauty queen for a role model to illustrate that the way to get ahead in life is to be as smokin' hot as she is? In any event, they can certainly look up to Stewart for her tenacity. This was the Texan's fifth attempt to seize the Miss USA title.

In recent years, contestants in the Miss USA competition have been mired in scandal; their trangressions have included racy photos circulating on the Internet, underage boozing, testing positive for cocaine, getting pregnant out of wedlock and kissing Miss Teen USA. Needless to say, disapproving pageant officials hope Stewart will be more sober, demure, chaste, or at least discreet, than some of her predecessors.

Notably, Stewart is one of only a handful of black women to be crowned Miss USA in the pageant's 57-year history. "I think the United States is coming together," she said to the Associated Press, referring to the historic presidential candidacies of Hillary Clinton and Barack Obama. But the new Miss USA declined to name her favorite among the Democratic presidential contenders: "I don't know, we'll see. Fundamentally, I'm a Democrat."