The German chancellor creates a furor by showing a little (OK, a lot of) cleavage. 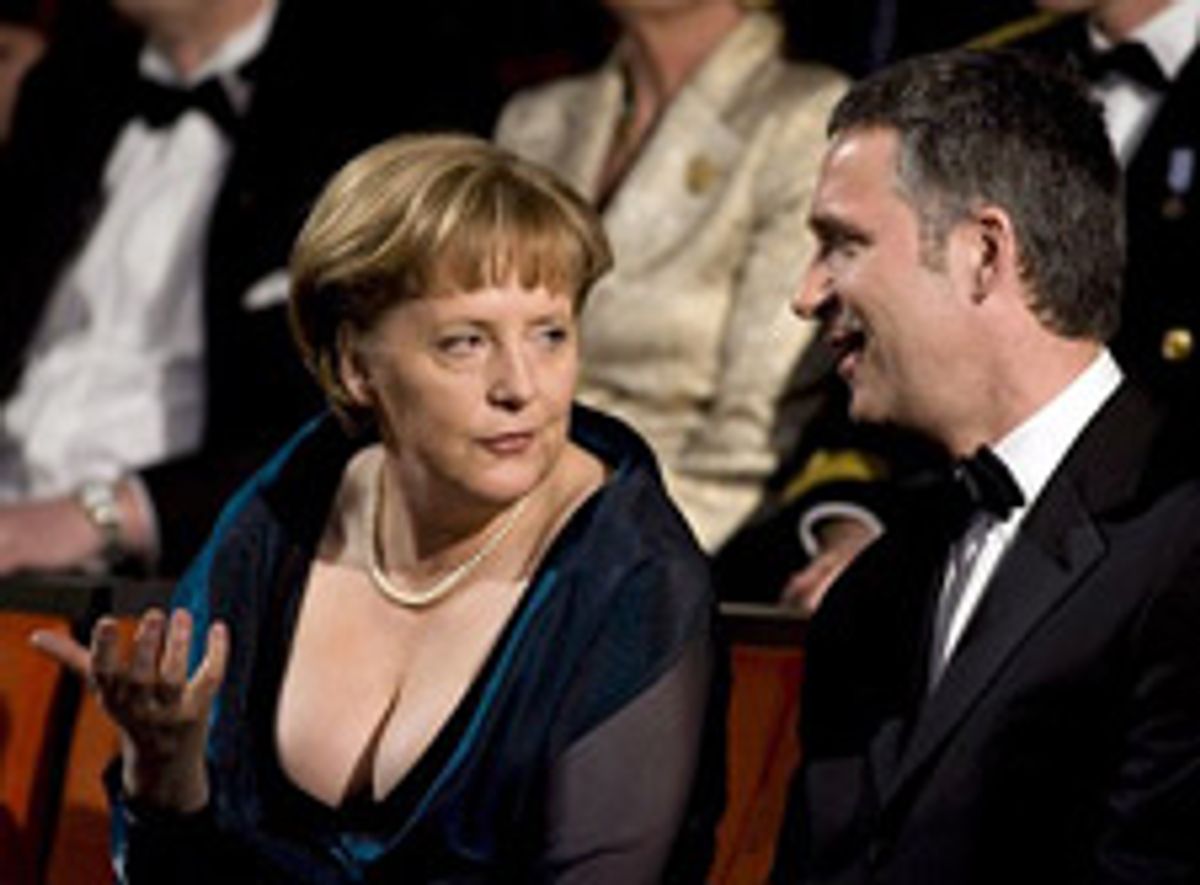 In a discovery that has shaken us to our very core, we received word that German Chancellor Angela Merkel, ranked as the No. 1 most powerful woman in the world, has two mysterious orb-like objects on either side of her chest. This has created quite a furor. Merkel wore this outfit to the opera house Saturday in Olso, and as Spiegel reports:

"Photos of Merkel's cleavage provided fodder for headlines around the world. The Daily Mail British tabloid, for example, ran the title 'Merkel's Weapons of Mass Distraction.'"

Granted, that's quite a plunging neckline she's got there. This is no "hint" of cleavage. It's more like a dead giveaway. Yowzah. But you know what? She looks great. Let's put the furor back on the shelf, people, next to the Honey Nut Cheerios. Save it for more important things. In the meantime, from the previously linked Spiegel article, please enjoy today's most awkward news segue:

"When it comes to cleavages, US Senator Hillary Clinton and British Home Secretary Jacqui Smith join Merkel as having recently gained attention for wearing low-cut blouses revealing just the slightest hint of cleavage."

Hey, guys, when it comes to cleavages ...