Evernote: Software to help you remember everything, forever

By photographing and saving all that you encounter, you can build a search engine for your life. 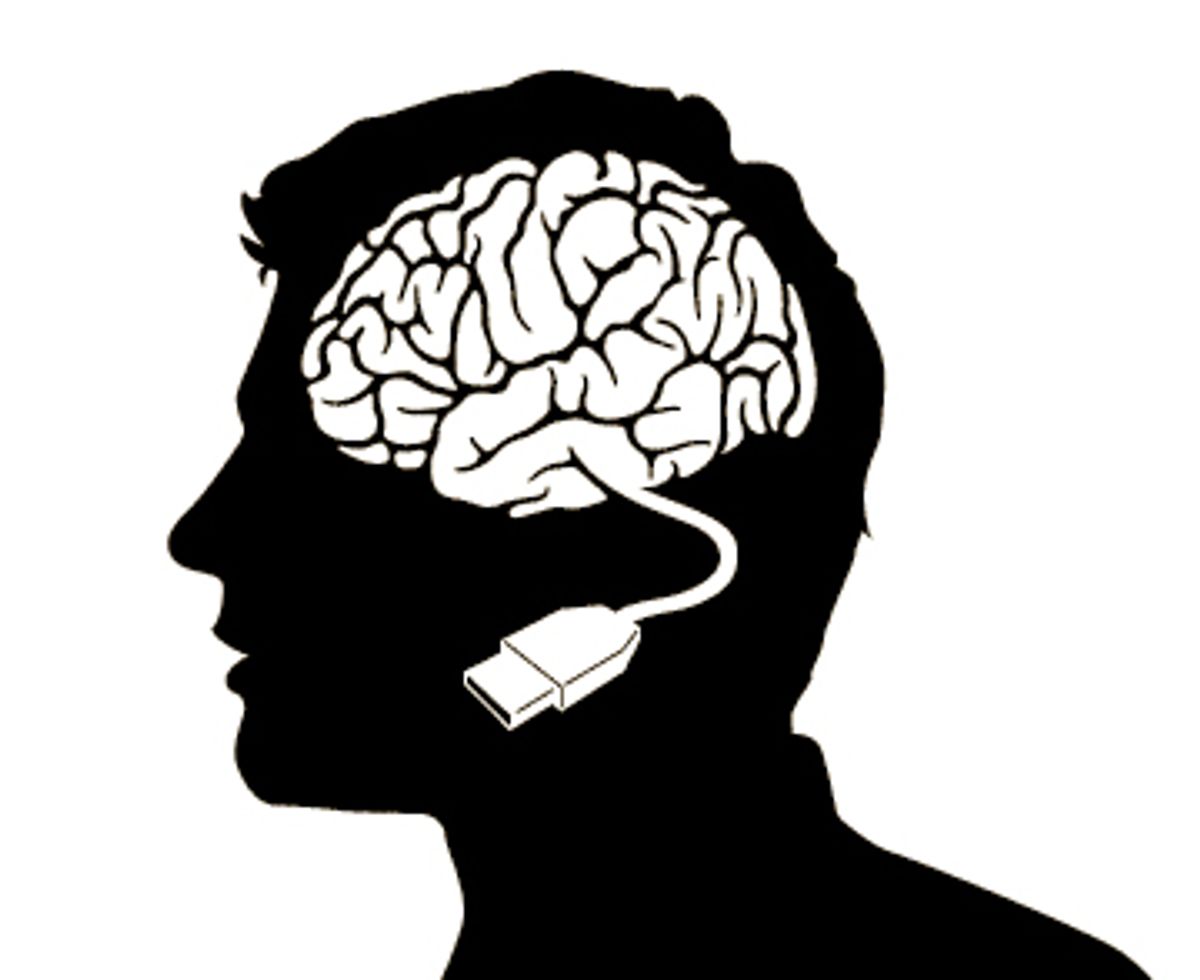 If you ever have the pleasure of meeting the Silicon Valley entrepreneur Phil Libin, don't be alarmed -- or offended -- when he asks you to pose for a photograph. And when you hand Libin your business card, expect him to take a picture of that, too. Libin might also snap shots of signs and placards around your office, billboards and movie posters he passes on the street, the labels of wine and sake bottles he encounters at restaurants, and untold other scraps that pass through his hands during the course of a day.

Libin is a big, friendly, mustachioed fellow, and though there's a certain compulsion to the photographing thing, he isn't actually crazy. He's simply an ardent proselytizer of his product. Libin is the CEO of Evernote, a software company that's building what has been called "a backup for your brain."

All of Libin's photographs -- that shot of you, your office, the movie posters and the wine labels and the random notes -- fly into his Evernote account. There, the company's servers extract meaning from the image data, rendering Libin's memories searchable.

When he wants to recall the cut of your jib, the name of the sake he ordered last week, the flight number for his recent trip to Vegas, or anything else, Libin can scan his Evernote account by date or keyword. If he searches on "salon writer," for instance, he'll come up with my business card, which includes those words. Because Libin can do this anywhere -- from his computer or his mobile phone -- the software has become, for him, a kind of Google for the real world.

Evernote is a forgetter's dream, but the tool isn't only for those of us gone mushy in the brain. In the same way that GPS forever changed our relationship to physical spaces, the permanent, constant archiving of both the monumental and the mundane in life will surely alter how each of us navigates the social realm. During a recent interview, I asked Libin whom he considers his target market. In the mode of a TV pitchman, he answered, "Everyone wants a better memory." And yet this makes sense: Everyone forgets, and Evernote makes it so you never have to.

The quest for what Libin calls a "human memory extension" is at least a few decades old. In 1945, the engineer Vannevar Bush described a theoretical machine he called the "memex" (for "memory extender"), "a device in which an individual stores all his books, records, and communications, and which is mechanized so that it may be consulted with exceeding speed and flexibility." More recently, Gordon Bell, one of the inventors of the Internet, has been obsessively archiving his life as part of a research project for Microsoft.

The service runs on a desktop program that works on both Macs and PCs, as well as a Web client for mobile phones (souped-up mobiles with good Web access work best). The software is well-designed and easy to use, though I noticed some small bugs; these are to be expected, as Evernote is currently operating in an invitation-only "beta" mode. (The company gave Salon 3,000 invitations to hand out to readers -- click here for yours.)

For now, Evernote is free. When the company launches it to the public -- sometime during the next few months -- there will be a two-tier service, one free and one for a few dollars per month. The free version will limit how many notes you can add each month; the pay version will be unrestricted.

I've been using Evernote for about a month. My own memory is pretty good, and at first I figured I would use it only sparingly; within a few hours, though, I became ravenous, putting everything in Evernote.

The software provides several tools to snap up Web pages, making the decision a no-brainer: See a recipe you like? Save. A restaurant you'd like to visit? Save. An article that offers clever child-rearing techniques? Save -- I don't have a kid, but I will someday, and when I do, I might need that info.

But Evernote's real power isn't in the saving of your memories; it's in the recall. Because Evernote is networked, any bit you add to it becomes available everywhere -- when you add a memory on your Mac, you can find it on your PC and on the Web, too. More important, because Evernote mines every image for text, you'll find information in documents that would normally be hidden to a search program.

The Web page for the restaurant I saved, for instance, was created entirely in Flash -- if I'd saved it conventionally, I wouldn't have been able to search through it. But Evernote brings it up when I type in "restaurant." (Evernote also lets you add keywords to every note, which helps to recall images that don't include any text. By combining the service with Jott, a wonderful new voice-recognition Web service, you can even dictate audio notes to Evernote.) The text-recognizing capacity is even more wondrous in photographs. Here's a picture of a sake bottle that Libin recently snapped.

Evernote managed to decode all the highlighted words -- "sake," "crazy," "milk" -- and will bring up the picture when Libin searches on them.

These days when Libin travels, he puts important documents -- flight, hotel, car rental info -- into Evernote; it's much handier, he says, than carrying around a folder stuffed with papers.

Here Libin holds up his ticket for a recent flight. He's added a sticky note with his hotel information -- "stay at the venetian" -- that Evernote has managed to decode. The recognition is far from perfect. Evernote had a tough time with my chicken-scratch penmanship. I noticed that it did a poor job on images clogged with text of odd sizes and colors. For example, Evernote recognized very little text in this picture of Times Square: Libin points out, though, that Evernote is always improving its recognition capabilities -- this is in stark contrast to human memory, which degrades over time.

As the years pass, Evernote will keep learning more about every note you save in it. It'll be able to read all the text in that Times Square picture, and in time it might come to recognize faces, too. This is why Libin snaps photos of everyone he meets; a few decades from now, he'll be able to type in characteristics -- "black-haired adonis," "delicate features," "dreamboat" -- and be presented with my smiling mug circa 2008.

Notice I said "decades." Libin is a member of the Long Now Foundation, whose aim is to push society to think about the long-term future -- the next 10,000 years. Evernote is built in that spirit: Memories you add now, Libin says, can stay "forever." Not only will Libin be able to search for my face 30 years from now, but so will his grandkids, and his grandkids' grandkids.

Such a system will obviously have profound effects on society. Libin, who spent years working in the computer security industry, promises that Evernote will keep your notes safe from prying eyes, but I'm sure some people will be wary of keeping all their memories in a single location for eternity (what if the cops want them?).

And plus, do you want your grandkids seeing what you did -- what you were reading, where you were going, who you were meeting -- back when you were their age? Aren't there some things you'd rather not remember forever?

These problems aren't particular to Evernote. Anyone with an e-mail account, a social networking profile, or a Flickr or YouTube page -- anyone who uses the Internet -- has been forced to confront the power of computers to make every moment of our lives' literally unforgettable.

Evernote makes that digital immortality explicit: You can't yet live forever, but if want, now, you can set your brain free to go on without you.