Salon's culture gurus tip you off to their favorite things this week: Playboy Mansion mood music, an ultra-hip style guide, the exciting return of "Lost." 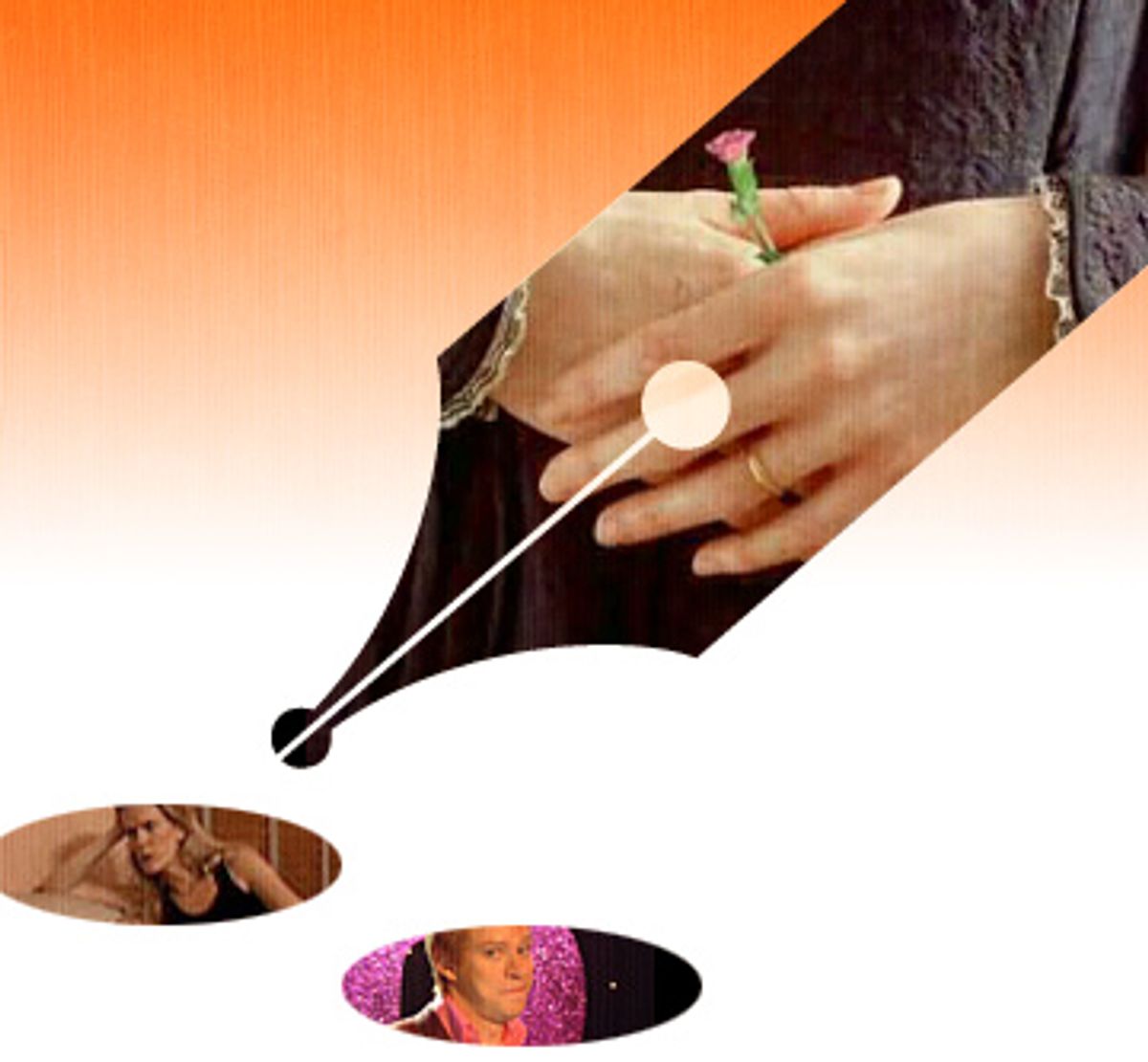 Dimitri From Paris' "Return to the Playboy Mansion"
When DJ Dimitri from Paris spins at the Playboy Mansion, those bunny-tailed bimbos from E!'s "The Girl Next Door" don't know how good they have it. Nor does he. Dimitri ogles the decor, not the dames; the playmates think of discos as the places where they were conceived. But those drapes must be fab: "Return to the Playboy Mansion" is the Turkish-born yet Greek DJ's third double-CD from the House of Hef. On CD 1 Dimitri weaves thrilling high-energy house and disco should-have-been-classics like Musique's "Love Massage" with surprising known quantities like "Ain't No Mountain High Enough," clogging the dance floor with stardust memories. On CD 2 he takes the music to the master bedroom, where France Joli begs for some sweet lovin' and Barry White grunts about how much he's going to give her. Hef must reach for a Dimitri mix every time he runs out of Viagra. -- James Hannaham

"The Cheap Date Guide to Style" by Kira Jolliffe and Bay Garnett
A few years back British style mavens -- not to be confused with fashionistas, women who need to have the latest handbag or they'll surely die -- Kira Jolliffe and Bay Garnett started Cheap Date magazine, largely focused on building personal style through thrift-store shopping. Cheap Date was more a legend than an actual publication: Even in New York, the land of everything, it was nearly impossible to find. But now Jolliffe and Garnett have published a book packed with inspiring photos as well as quips from the likes of burlesque queen Dita Von Teese and rock-star girlfriend extraordinaire Anita Pallenberg. Shopping at the mall won't make you look like a zoot-suiter, Marlene Dietrich or any of the New York Dolls, but this book just might. -- Stephanie Zacharek

"Lost" on ABC
We've heard it many, many times before, but this time, the writers and cast of "Lost" (new episodes return at 10 p.m. EDT Thursday, April 24) swear that all hell's about to break loose. Those mean-looking guys on the freighter with the tattoos who like to fire their machine guns in the air? They're about to hit the island and start fracking stuff up, big time. As much as we love to hate (and hate to love) all the slow-moving drama and manufactured suspense of this increasingly shallow show, we're still shallow enough to tune in when everything is going "boom!" Here's hoping self-righteous Jack and creepy Juliet are the first to bite the dust. -- Heather Havrilesky

Terry Gilliam's "The Adventures of Baron Munchausen"
There's never been a movie quite like Terry Gilliam's 1988 "The Adventures of Baron Munchausen" (just released in a new 20th anniversary DVD edition) and producers everywhere are grateful. A delirious, episodic fantasy-adventure loaded with special effects (don't miss Robin Williams' spooky cameo as the King of the Moon), "Munchausen" was supposed to launch Gilliam's career as a director of big-budget Hollywood spectacles. Instead, it was too dark for kids and too wide-eyed for grown-ups, and established Gilliam as the film world's Don Quixote, forever chasing impossible dreams. -- Andrew O'Hehir

The "Blog" of "Unnecessary" Quotation Marks
Wash your hands before touching "a" puppy. Leave the light "on." Thank "God" for all the troops. Do not let them run "free" or "leave" them "unattended" "in shopping carts." Yes, kids, it's that scourge of our modern lexicon -- unnecessary quotation marks -- and Bethany Keeley has put together a blog that simultaneously mocks and celebrates them. Abetted by examples from alert fans, Keeley shows how the simple act of bracketing a word in quotes can undermine its meaning, possibly forever. "Stop" here … flower "delivery" … "President" George W. Bush. 'Nuff said: Check "out" this blog. -- Louis Bayard

"Perfumes: The Guide" by Luca Turin and Tania Sanchez
The bulk of this book is reviews of fragrances. I know (and care) little about perfume, yet that makes me love it all the more; for me, this is great criticism in its purest form. Turin, a biophysicist, writes reviews that are by turns withering, besotted, imperious and mischievous. Hugo Boss' "unexciting" Hugo is "suggestive of a day filled with strategy meetings." Of Dior's "unsmiling" Dune, he writes: "Forget suburban-gothic names, forget all the phony 'noirs,' from Angelique to Orris. True, menacing darkness is not to be found in upset-the- parents Alice Cooper poses, but in this disenchanted, ladylike gem ... Marvelous." A browser's delight. -- Laura Miller