What to expect when you're expecting (primary results)

After six weeks of anticipation, Pennsylvanians head to the polls. 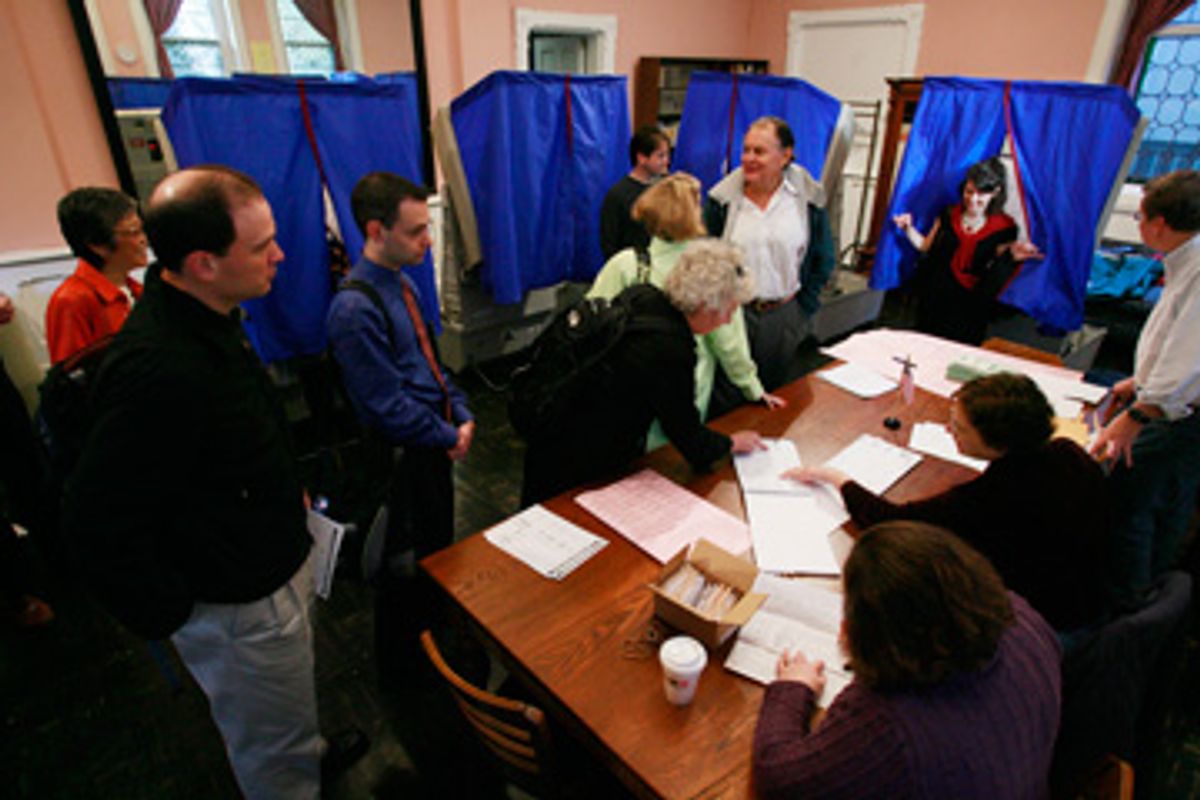 The Washington Post's Dan Balz highlights the "8 Questions About the Pennsylvania Primary." The Politico's Carrie Budoff Brown and Ken Vogel deliver the "Five Things to Watch in Pennsylvania." At the Huffington Post, Seth Grahame-Smith tells us the "Ten Things to Remember on Tuesday Night."

It's like having multiple viewing guides for a major event. Given that the results are likely to be in line with expectations, it's probably not entirely necessary.

I found Balz's take on the conventional wisdom to be about right.

Conventional wisdom has taken such a beating in this campaign that setting expectations for today's primary continues to confound the experts. The only thing everyone can agree on is that, given the makeup of Pennsylvania -- an older population with a significant blue-collar constituency and a sizable proportion of Roman Catholics -- Sen. Hillary Rodham Clinton should win the popular vote. But as Democrat Matt Bennett put it, the candidates are like publicly-traded companies that need to hit an earnings target to lift their stock price.

But just what are the targets? Some say Clinton needs to win by 10 points -- which was her margin in Ohio last month. Others say 8 points. Some say, given the amount of money Sen. Barack Obama is spending on television ads, anything over 5 points would be a respectable victory for Clinton. Staying within 5 points would give Obama the opportunity to assert that he overcame a state whose demographics tilted heavily to Clinton.

But the margin in the popular vote ultimately will be secondary to how Pennsylvania affects the battle for pledged delegates. Pennsylvania is the biggest remaining prize on the calendar, with 158 pledged delegates. Clinton badly needs to make up ground in the delegate fight and, given the way they're distributed, that could be difficult.

In the words of one Democratic strategist, the popular vote margin is a "feel-good barometer that may play out over a few days and longer if there is a big win, but then we will be on to the next contests. Ultimately, the second indicator [delegates] is more important and will have a longer effect because it is still the criteria we use to select a nominee."

As for this afternoon, the New York Times reports that turnout rates are high; Greg Sargent offers a lengthy list of "the spinning of expectations in advance of tonight"; and the New York Times also reminds us, "Polls close at 8 p.m. State elections officials tell us that results from the bigger cities will start trickling in within the hour, but fuller results may not be known until at least 9:30 or 10 p.m. The smaller counties, where there aren't too many Democrats anyway, tend to report last."

It's odd how little has changed, isn't it? Six weeks ago, Clinton was seen as the all-but-certain winner in Pennsylvania; the only question was whether she'd win by single or double digits. Today, we're still right where we were.

Your guess is as good as mine. What are you expecting tonight?