What the hell is Microsoft's Live Mesh?

The company promises a cross-platform way to synchronize your data across different devices. 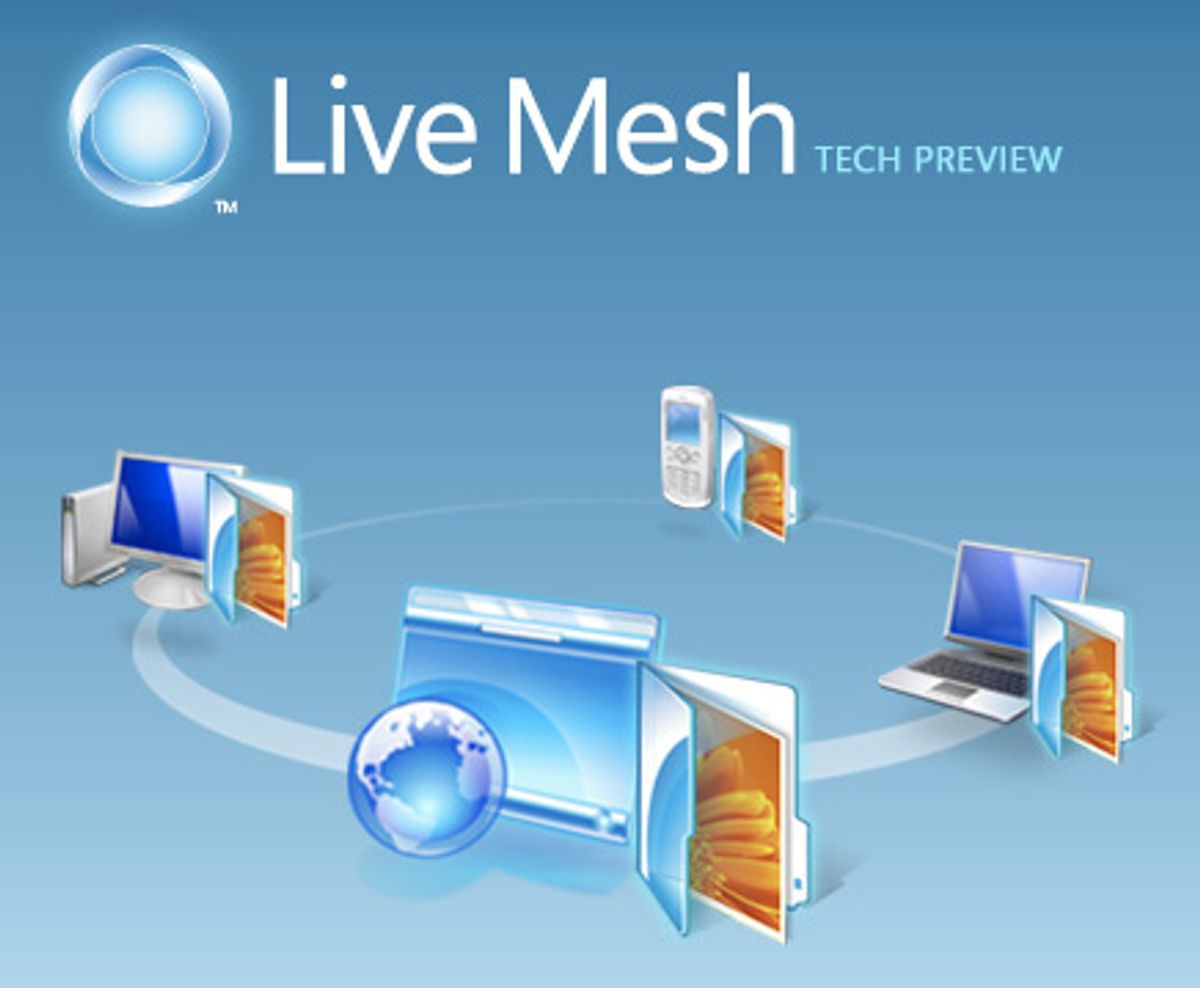 On Tuesday evening Ray Ozzie, Microsoft's visionary tech architect, announced a new venture called Microsoft Live Mesh. This is a big, ambitious project, one that moves Microsoft in the direction observers have long pushed it -- it gives the company an online beachhead upon which others can build compatible applications.

The system is also cross-platform (for now, it works only on Windows devices, but Microsoft promises that soon it will work on all sorts), and it incorporates an alphabet soup of Web standards. In other words, Microsoft is embracing the sharing-is-caring ethic of the Web.

But I've got just one question about Microsoft Live Mesh: What the hell is it?

No, seriously. Ozzie gave a smart presentation, but Live Mesh is being touted as capable of so, so much that it's difficult to figure out what the thing really does, and how ordinary folks will use it.

Live Mesh is a "software-plus-services" platform and experience from Microsoft that enables PCs and other devices to "come alive" by making them aware of each other through the Internet, enabling individuals and organizations to manage, access, and share their files and applications seamlessly on the Web and across their world of devices.

If Microsoft wants people to use this thing, it's got to do better than that. (Right now, Mesh is in a pre-release beta, admitting only the first 10,000 people who sign up.)

Perhaps the company should put out News.com's Ina Fried's Live Mesh FAQ, which provides a neat précis of the system.

Live Mesh, Fried explains, allows you to synchronize and share your data between different devices. Right now, it has two main functions: "It allows folders or files to be synchronized among a number of Windows PCs and to the cloud. It also enables a simple, free way to do a remote desktop with another PC in your mesh."

In other words, Microsoft hopes to build Live Mesh into a standardized sync system -- any app, on any device, can tap into it, so that if you work on a document on your Mac desktop at work, you can access it on your iPhone on your way home, and then on your Windows notebook while you're watching TV.

But that's the promise (and, yes, there are other apps that can help you do that now); we'll have to see whether Microsoft delivers on its cross-platform talk, and whether developers will flock to create Mesh-enabled programs that would make it truly useful.

One has reason to be dubious that Microsoft will do all that.

After all, check out Fried's answer to whether Live Mesh currently works on all browsers: "Viewing one's Live Mesh can be done from Internet Explorer, Firefox, or Safari, but the remote desktop feature requires IE and an ActiveX plug-in."

Not a great start.