It's bad enough that this Ewan McGregor and Hugh Jackman thriller is improbable. But why does it have to look so awful? 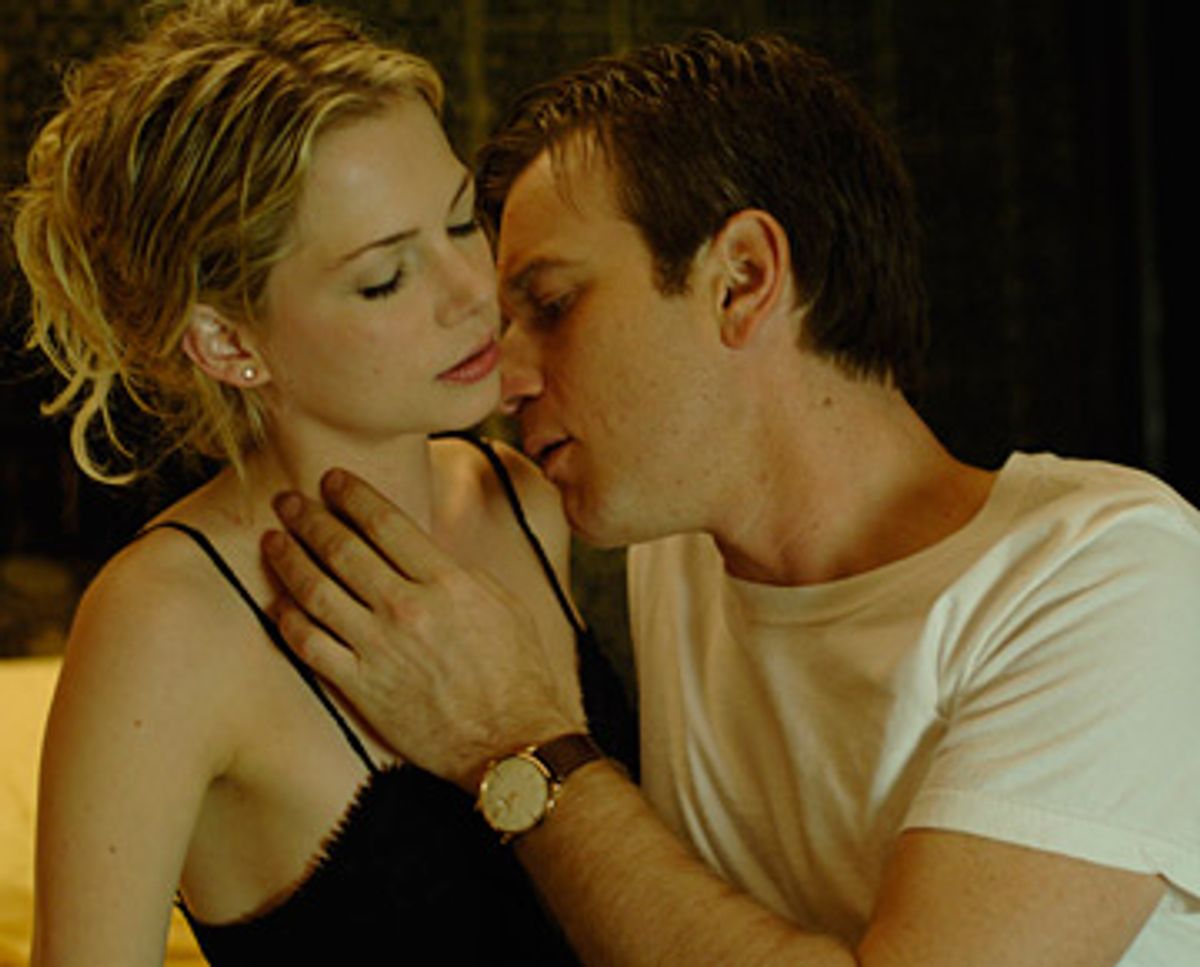 In the '70s, '80s and '90s the phrase "stylish thriller" was used so frequently to sell Hollywood products it became an unwelcome cliché. But we didn't know how good we had it in the days of glossy, shallow, entertaining pictures like "Basic Instinct" and "Eyes of Laura Mars." Today's stylish thrillers are neither thrilling nor stylish, and it's the deficiency in style that may be the greater sin: Forget decent plotting (if you can). Why can't people at least make these things look good?

"Deception" is the feature-film debut of Marcel Langenegger, whose background is in commercials: In other words, his specialty has previously been making people want to buy things. But there's nothing you'd want to buy in "Deception." Ewan McGregor plays John McQuarry, a meek corporate auditor who feels life is passing him by. Hugh Jackman is Wyatt Bose -- the very name conjures up images of towering bachelor-pad stereo speakers -- a slick corporate lawyer who first befriends McQuarry and then initiates him into a sex club. In this exclusive organization, gorgeous, successful Manhattan women, all with endless legs and a penchant for very high heels, have sex willy-nilly with any other club member they fancy. The reasoning is thus: We're talking about women who work 18-hour days. They have no time to build personal relationships, but they want sex. "Intimacy without intricacy" is how one of the members explains it. (She's played, incredibly enough, by Charlotte Rampling, who adds a heavy dose of class to these dismal proceedings.)

There are rules to this sex-club thing: The members are not supposed to talk business, and no exchange of names is allowed. The point of these encounters is that they're supposed to be impersonal. McQuarry comes close to breaking all the rules when he hooks up with a luscious young woman he knows only as "S" (Michelle Williams). He recognizes that she's different from the others: They share Chinese food together. They laugh. She's nice. We know, as he doesn't, that bad stuff is coming.

This is one of those thrillers in which it's possible to transfer zillions of dollars from a corporate account to a personal one (in another country, natch) just by entering a password and clicking a mouse. And I'm still wondering how one particular character insinuates himself so comfortably in the corporate world when the people with whom he supposedly works don't even recognize his name. (The screenplay is by Mark Bomback, who wrote "Live Free or Die Hard.") Then again, most of us who go to the movies in the early 21st century have learned to suspend our disbelief to Reed Richards-like proportions. And the performances here, given the pedestrian quality of the material, aren't even particularly bad, although I wish Williams, a charming actress whose potential hasn't been properly tapped, didn't have to bother with stinkers like these.

What troubles me most about "Deception" is that it looks so damn bad. The D.P. is Dante Spinotti -- "The Insider," "L.A. Confidential," "Heat," "The Last of the Mohicans" -- who has obviously been bodysnatched and replaced by a pod from Planet Glaucoma. There's a world of beauty to be found in desaturated colors, but they need to look muted, not murky. In "Deception," even Williams, an actress of delicate and luminous beauty, looks as if she's in desperate need of an exfoliator. To his credit, Langenegger keeps things relatively simple instead of resorting to lots of fast cutting and fancy camera angles. To his detriment, the picture he has made barely moves at all. This no-style style isn't restraint; it's a kind of indifference to filmmaking. Even when Langenegger shows us seminaked women's bodies, which isn't often enough, they're treated with visual diffidence. Oh, for the days when sex scenes looked like perfume commercials (and vice versa). In "Deception" the camera doesn't lie. And that's precisely the problem.