A director who hates Tolkien, enslaved in New Zealand by a latter-day George Lucas. Whose brilliant idea was this? 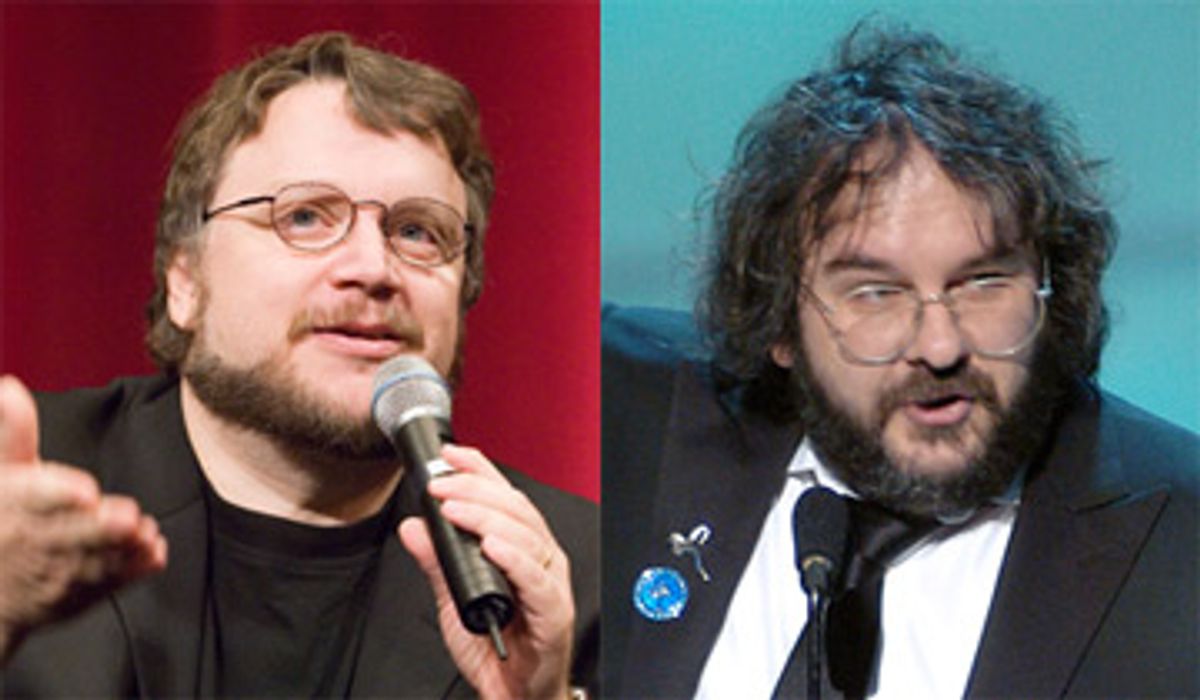 As has been widely reported in the last day or two, "Pan's Labyrinth" director Guillermo del Toro has signed on to move to New Zealand (for four years!) and make a film version of J.R.R. Tolkien's "The Hobbit," as well as a planned sequel, under the aegis of producer Peter Jackson. This has provoked widespread revelry in the overlapping Tolkien, Jackson and del Toro fan-ospheres, but I'm here to tell you something: It's not a good idea.

Let me be clear: I'm a big fan of Tolkien's books, Jackson's film trilogy and most of del Toro's movies. (We can discuss "Mimic," which has its defenders, some other time.) At least on the surface, it's a natural fit, and I hope my premonition is wrong. But this whole project smells to me of hubris, and indeed of something worse: It smells of George Lucas.

First of all, hasn't anybody noticed that del Toro has repeatedly said he doesn't like Tolkien, and that he never finished reading "The Lord of the Rings"? Here's what he told me in Cannes in 2006, when I asked him about the influence of Tolkien and C.S. Lewis on his own work: "I was never into heroic fantasy. At all. I don't like little guys and dragons, hairy feet, hobbits -- I've never been into that at all. I don't like sword and sorcery, I hate all that stuff."

Let's see, he doesn't like "little guys and dragons" or hairy-footed hobbits, and "The Hobbit" would be a movie about what, exactly? Seriously, I think del Toro was speaking from the heart, and I think he's right. His aesthetic is darker, more Gothic and more grotesque than the Tolkien-via-Jackson universe; it derives more from the medieval mire of middle-European fairy tale than from the high-toned, pre-modern northern European epics Tolkien was channeling. And I'm riding a major bummer if del Toro is shelving "3993" (the third of his Spanish history-fantasy trilogy, after "Pan's Labyrinth" and "The Devil's Backbone"), his adaptation of H.P. Lovecraft's "At the Mountains of Madness" or his "Doctor Strange" blockbuster. All three of those projects are vastly better fits than the hairy-footed little guys and dragons.

Furthermore, if you look at the history of the "Hobbit" movie(s), there's some evil, greedoid karma at work. The entire project has been snarled in lawsuits and counter-suits for years, ever since Jackson and New Line Cinema began fighting over the Smaug-like horde of money generated by their "Lord of the Rings" trilogy. In the fall of 2006, New Line even announced that it intended to make "The Hobbit" and its contemplated sequel without Jackson, producing howls of outrage -- or at least clickety-clacks of outrage -- from fans. By last fall the lawsuits had been resolved and Jackson and partner Fran Walsh had patched it up with New Line, which then became wholly absorbed by Sauron's empire -- sorry, I mean by Warner Bros. -- in February.

Secondly, there's a creative arrogance to this whole project that doesn't feel right. After the zillion-dollar success of "Lord of the Rings," a "Hobbit" movie was pretty much inevitable, and with Jackson at the helm there's no reason to believe it wouldn't be terrific. But Peter Jackson is no longer just a film director; he's an entertainment tycoon stretched thinly around the globe, with his fingers in a million pies. Since completing "King Kong," he's moved on to directing the film version of Alice Sebold's "The Lovely Bones" and producing a trilogy of films based on the Tintin graphic novels of the 1960s. (Steven Spielberg will apparently direct the first one.) Anybody but me notice that smell of fried Lucas in the air?

Apparently it wasn't an option to wait umpteen years until Jackson liberated himself to make "The Hobbit" personally, and the idea became to find a director who could serve as a Jackson surrogate or lieutenant, acceptable to both the fan base and the studio. That sounds like a prescription for disaster in general, and I have a hard time believing that two such distinctive filmmakers as del Toro and Jackson can stay out of each other's hair, however much mutual respect they share. Supposedly del Toro will collaborate with Jackson, Walsh and their co-writer Philippa Boyens on scripts for these films, and of course Jackson will vow to give del Toro full creative control, etc. But we've got one of the true cinematic visionaries of our age, spending four years of his life in a universe created by another one. It's just too many cooks in the kitchen.

And where did the brilliant idea to make a "Hobbit" sequel -- a movie that will presumably cover the 60-year gap between the stories told in "The Hobbit" and in "The Lord of the Rings" -- actually come from? If you read all the back-and-forth stories closely, it becomes clear that New Line executive Mark Ordesky at some point told Peter Jackson that the studio had acquired rights to make both "The Hobbit" and a sequel, presumably based on Tolkien's fragmentary back-story information about what happens in his fictional universe between the two novels. A less kind way of saying this is that any "Hobbit" sequel won't really be a Tolkien adaptation; Jackson and Walsh and Boyens and del Toro and Ordesky and, I don't know, some guy in the Warner Bros. lunch room will be making the shit up.

Look, if del Toro makes these movies and they're terrific, I'll be delighted to eat my words. And there's definitely a bright side to my grim prognostication: If this whole "Hobbit" fiasco reaps what it has sown and goes down in a fiery crash, at least it prevented Sam Raimi from directing these movies.