The finale demonstrates how just a spoonful of sugar helps the mediocrity go down in the most delightful way! 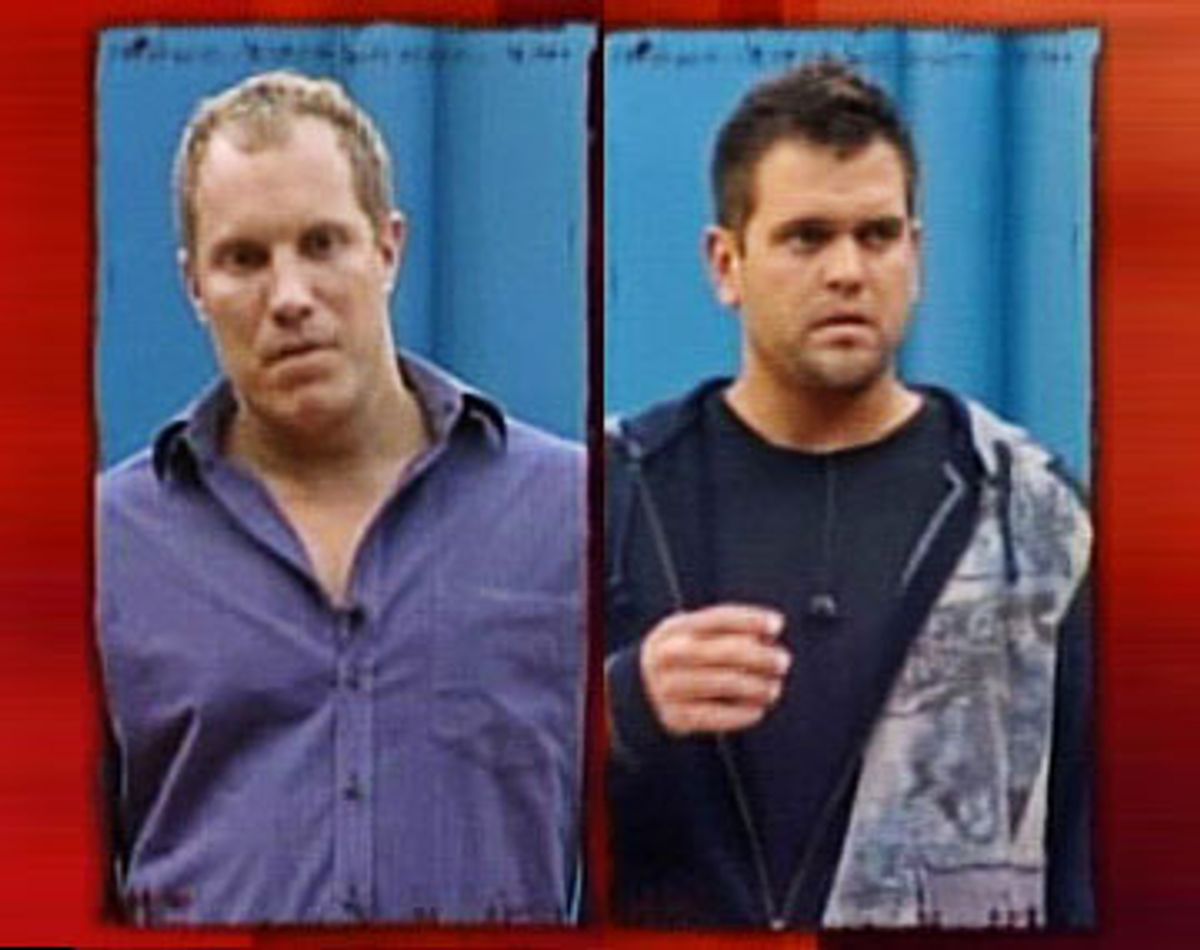 Most of us don't need to tune in for the "Big Brother 9" finale to watch people kissing one another's asses. We see it every single day at the office. In the typical office setting, you can more than make up for the fact that you're disorganized, lazy and talentless simply by gushing endlessly about how organized, hardworking and talented those around you are. In today's workplace, flattery will get you anywhere and everywhere.

Sadly, though, most of us would prefer to whine and turn the screw and endure years of being underappreciated and underpaid for it. Maybe that's why the lies and deceit and alternate ass kissing and backstabbing of "Big Brother 9" hold so much appeal for many of us. We get to see that old familiar dance, replete with the fibs and the flattery and the sycophantic small talk, but we also get to see the flatterers admit to their own insincerity and lies. Even as the nasty "Big Brother" houseguests trudge their disorganized, lazy, talentless asses around the house, reeking of small-mindedness and mediocrity, struggling to appear chirpy and positive and lovable under extreme duress, we know who's B.S.ing and scamming and hiding their true feelings. We can see right through all of them, hence the name. The whole thing sort of makes fascism seem rather lively and exciting -- as long as you're the keeper of the rats, and not just another rodent in the cage, pushing pedals and salivating and losing your tiny little rat mind on national television.

Yes, you can say a lot of bad things about "Big Brother" -- how it represents the worst that reality TV has to offer these days, just for example -- but you've got to at least give it some credit for being dramatic, particularly this season, when the big fights and the couples in love and the nasty talk were perhaps more colorful and explosive than they'd ever been before. The goal of all the "Big Brother" houseguests, after all, is to make it through to the end without losing their mind, despite the producers' determination to chip away at their sanity. This is a show about torturing people, pure and simple -- which also makes it remarkably similar to the modern workplace.

And by the end of the season, of course, you're left with exactly the sorts of people who can kiss the necessary volume of ass for limitless promotions and raises: namely, the kinds of people who say "It's all good, dude" and refer to their alliance as "Team Christ" without the slightest hint of irony. The bad-attitude underachievers among us -- and yes, we're the ones who watch this sorry show, so just accept it -- must have some strange compulsion to witness the same sad tale play out before our eyes over and over again. While those houseguests with strong convictions and fiery emotions eventually blurt out something under duress that gets them evicted, the blandest, emptiest or falsest players persevere.

On Sunday night's "Big Brother 9" finale, the playing field was narrowed down to two finalists who are the living embodiment of how far you can go in life simply by appearing upbeat and agreeable and devoid of ulterior motives. Finalist Ryan accomplished this by actually being upbeat and agreeable and devoid of ulterior motives. This is a guy who wants to spend the rest of his life with his girlfriend, Jen -- you know, the one who tried to convince the other houseguests that he was a racist so they'd vote him out instead of her? Week after week, Ryan didn't seem to have any plan at all, beyond making nice with the other houseguests and leading them to believe that he was forming secret alliances with them. As the weeks wore on, the lack of unnecessary activity between Ryan's ears became an asset. Without his boss-lady Jen telling him what to do, he simply obeyed the orders of all the other houseguests, giving the most heed to those who spoke in the loudest voices.

On the other hand there was Adam -- whose nickname alone, "A. Baller," would give any normal subset of society reason enough to write him off as a jackass immediately, instead of, perversely, making him a bona fide hero. Adam did a great job of appearing cheerful and loyal and simple-minded by acting like a completely different person than he actually is. He threw challenges. He smiled at stupid remarks. He high-fived. He acted as a sounding board for awful Sheila's repetitive gripes. While in the diary room he'd whine and roll his eyes and talk about how people annoyed him; in the "Big Brother" house people saw him as a loyal oaf who voted with his heart.

During the final interrogation, though, Adam's kind and gentle façade broke down. He sweated and yelled, and his eyes darted around the room nervously. Ah, yes. This was the A. Baller we've come to know and love/hate over the last few months. At least the other houseguests would see the real Adam!

So what happened? After the houseguests voted for a winner, with James promising to help the winner "party away" his money, Adam was awarded the half-million-dollar prize for his efforts. And were the houseguests wrong? Adam had to beat back real thoughts in his head and shelve his actual abilities, intelligence and emotions so that the disorganized, lazy, talentless residents of the "Big Brother 9" house could relate to him and befriend him and put their faith in him. Yes, Adam was clearly the most deserving winner of the big prize.

Welcome to the American workplace!