But it's not just the dismal scientists she is disavowing with her charges of oil market manipulation. 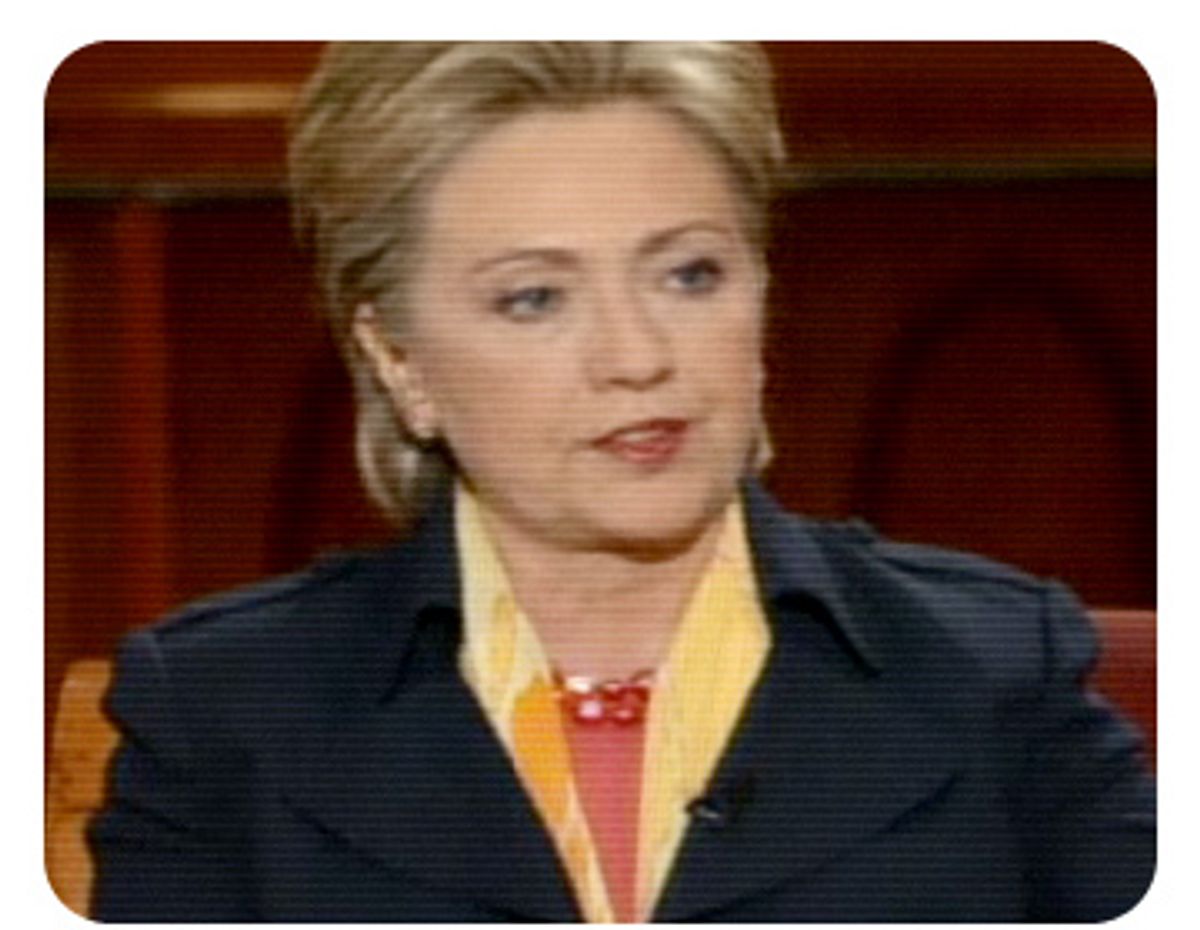 The econoblogosphere is in an uproar following Sen. Hillary Clinton's comment on "This Week With George Stephanopoulos that "I'm not going to put my lot in with economists." Former Labor Secretary Robert Reich went so far as to hurtfully invoke the illustrious record of our current president as part of his denunciation.

In case you've missed it, we now have a president who doesn't care what most economists think. George W. Bush doesn't even care what scientists think. He rejects all experts who disagree with his politics. This has led to some extraordinarily stupid policies.

Anyone who pays attention to the intersection of politics and economics knows that economists hardly have a stranglehold on any such a thing as absolute truth. They may be united as never before on the subject of the stupidity of the gas tax holiday, but they are certainly not infallible. But her associated slam, "We've got to get out of this mind-set where somehow elite opinion is always on the side of doing things that really disadvantage the vast majority of Americans," reveals another group that Clinton is deciding not to join hands with: peak oilers.

Hillary Clinton told Stephanopoulos that her support for a gas tax holiday is based on her conviction that the price of oil is a result of oil market manipulation.

Now, why am I proposing this? Well, No. 1, I am absolutely convinced that these record profits of the oil companies are a result of a number of factors beyond supply and demand. I think there has been market manipulation. In fact, Exxon Mobil official testifying under oath before the House of Representatives committee said that if it were just market factors, then the price of oil would be like $50 or $55 a barrel.

We know that there's market manipulation going on. So I would launch an investigation if I were president right now by the Department of Justice and the Federal Trade Commission.

The question is: Who is doing the manipulation? What the man from Exxon-Mobil was likely referring to is the impact of speculation by hedge funds and other institutional traders upon the price of oil. No one knows how much of the current price is due to traders' bidding up the price -- estimates ranges from 20 percent all the way up to 60 percent. We don't know because a huge percentage of energy trading is done on unregulated electronic exchanges that don't have to report big market moves to the government -- because of a law, signed by Hillary Clinton's husband, that exempted those exchanges from close government scrutiny. If Clinton really wants to start cracking down on oil market manipulation, the first place to start is in regulating energy futures trading to the point that the government actually knows what's going on. In the long run, that would be far more meaningful than a gas tax holiday or even a windfall profits tax.

Which is not to say a windfall profits tax is necessarily a bad idea: The oil companies are obviously benefiting phenomenally from current high prices; why shouldn't they share some of the pain everybody else is going through? But in normal circumstances, when the price of oil rises, the likes of Exxon and Chevron and BP do their best to boost production. But the most telling aspect of the current oil market is that they have been unable to do so. As David Strahan, author of "The Last Oil Shock," wrote in an Op-Ed piece in the Telegraph, the "righteous indignation over the level of profits reported by Shell and BP ... entirely misses the point. These issues are trifling compared to global oil depletion."

The idea that oil companies are somehow "to blame" for record oil prices and rising fuel costs is seductive but absurd. For all their power and profits, the international oil companies are in fact in trouble. They may still be swimming in cash, but no longer in oil. Despite vast investment in exploration and production, these days they generally fail to replace the oil they produce each year with fresh discoveries, or even to maintain current levels of output. Shell's oil production has been falling for six years, BP's seems to have peaked in 2005, and this week even the mighty Exxon was forced to admit its output dropped 10 percent in the first quarter of the year.

The most charitable way to interpret Hillary Clinton's position is that she wants to provide Americans with some short-term help while engaging in a long-term plan to address the challenges of "foreign oil dependence." But the problem with that defense is that any serious long-term plan to address the two great challenges of the 21st century -- climate change and the energy crisis -- will require that the price Americans pay for energy goes up. There will be pain. The sooner we start biting the bullet the better.

Perhaps you won't win a primary battle in Indiana by telling voters that "during my presidency, you can expect to pay more for gasoline than you do now, because that is the only way we can truly break free from our addiction to oil," just as you weren't going to win a primary battle in Ohio by lecturing voters on the benefits of free trade. But by blaming "elite opinion" for not being on the side of ordinary Americans, Clinton is dismissing everyone who says the current status quo can't be sustained, that sacrifices will have to be made, and that the era of cheap oil is over.