Walk in a brothel, walk out a rapist? 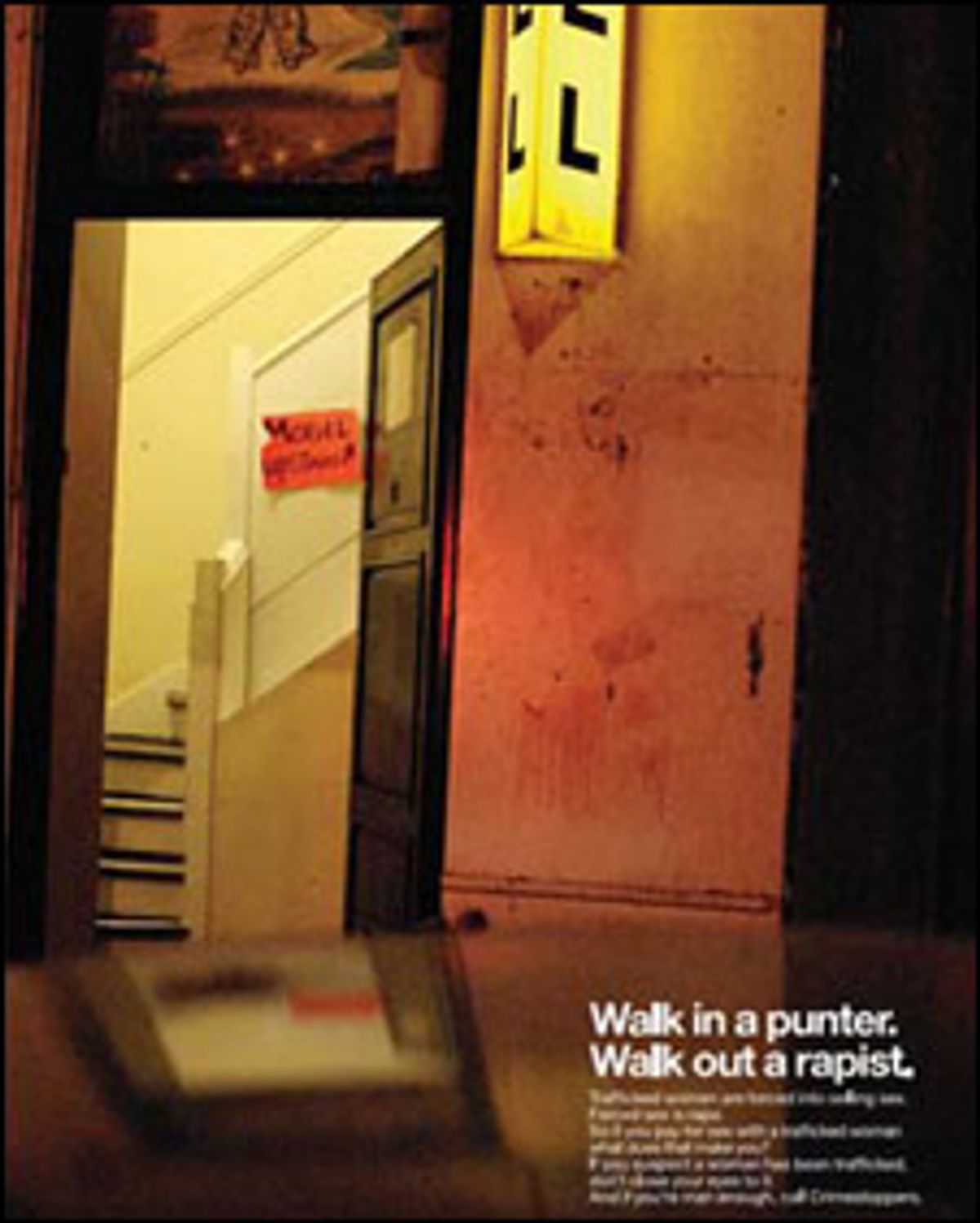 In Britain's latest attempt at fighting sex trafficking, it's simply calling johns rapists. Men visiting the loo at their local pub may soon start to notice posters showing an open door -- along what seems a wall smeared with blood or other bodily fluids -- leading to an illegal sex den. (Note that prostitution isn't illegal in Britain, but brothels are.) The advertisement reads: "Walk in a punter. Walk out a rapist." Then, in smaller text, the ad throws out a dare to any man who comes across a sex worker he suspects was trafficked: "If you're man enough, call Crimestoppers."

The ad is clearly aiming to draw a line between willful and forced prostitution, but it's a matter of perspective whether the ad is applying the rapist label to all clients of trafficked prostitutes. If it is, it raises a host of questions. For instance: If a man has sex with a drug-addicted sex worker, or a prostitute who has an abusive pimp, is he a rapist?

All that being said, I salute the advertisement for pushing any man considering sex-for-pay to consider that he very well could end up unwittingly having sex with a trafficked woman.