Should the former presumptive front-runner beat the odds and secure the Democratic nomination, which veep candidate is her key to the Oval Office? 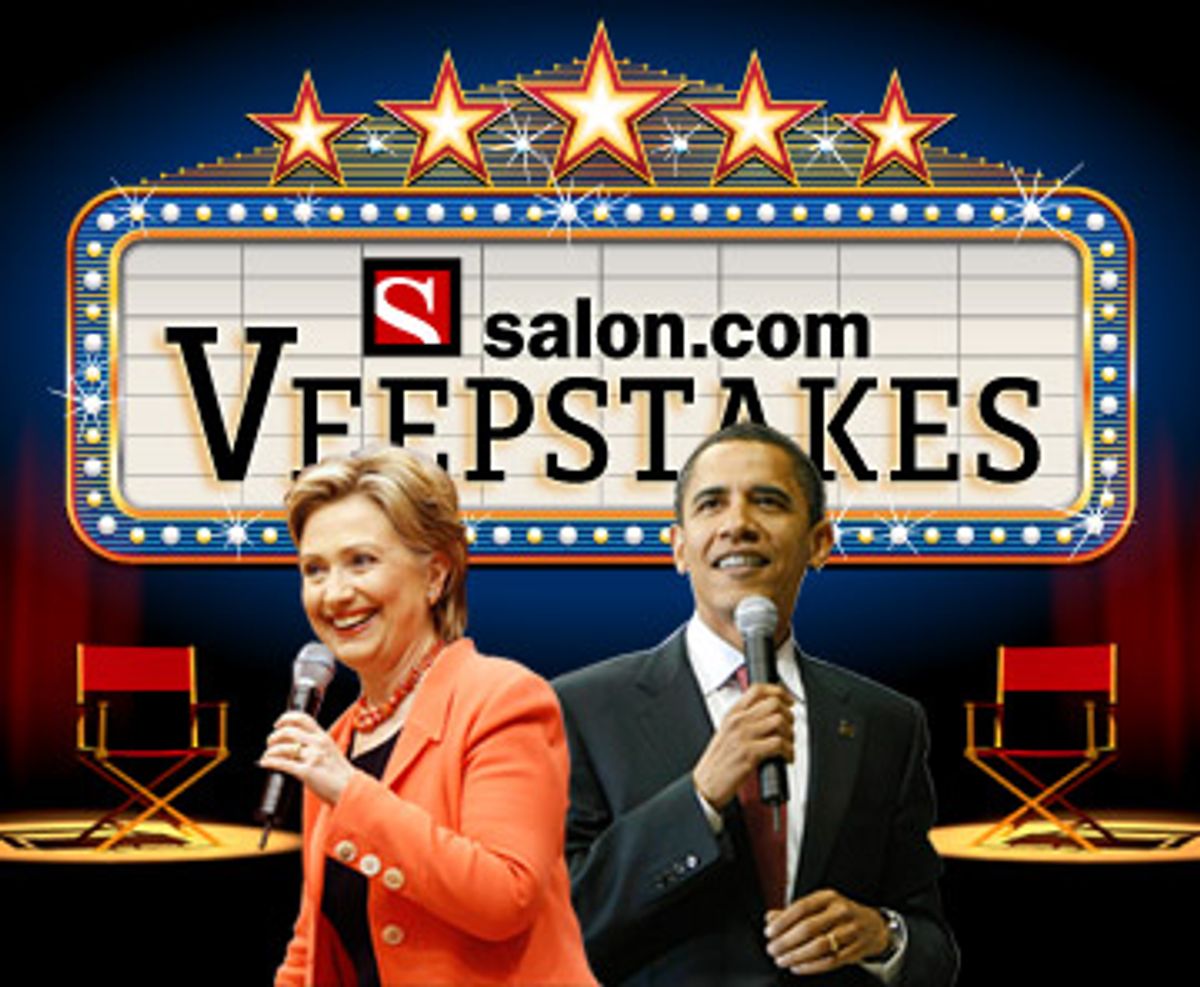 In a galaxy far, far away, populated exclusively by zombie superdelegates, there's a chance that Hillary Clinton might be the Democratic nominee for president come fall.

Should she beat the odds, she will need a running mate, and there's probably a rule somewhere that says she can't be married to him. Take the following quiz and decide which of 15 prominent Americans is best suited to make coffee for Bill -- I mean serve as Hillary's vice president.

After you have answered the 13 questions and pressed "Vote," the names and faces of the three candidates that best fit your responses will pop up on Page 2. You can then contrast your picks with those of other voters by looking at the cumulative results on Page 3.

The list of potential running mates overlaps with, but is not identical to, the roster of could-be candidates in our previously published pick-a-veep-for-Obama quiz. The questions, however, are identical, and as previously noted, they're as much about electability as ideology or governing chops. The test is designed to pick a vice-presidential candidate, not a vice president.

On the Ballot: 15 vice-presidential possibilities for Hillary Clinton