The Illinois senator says, "Yes, we can," but he won't make it to the White House without the right running mate. Which veep would you pick? 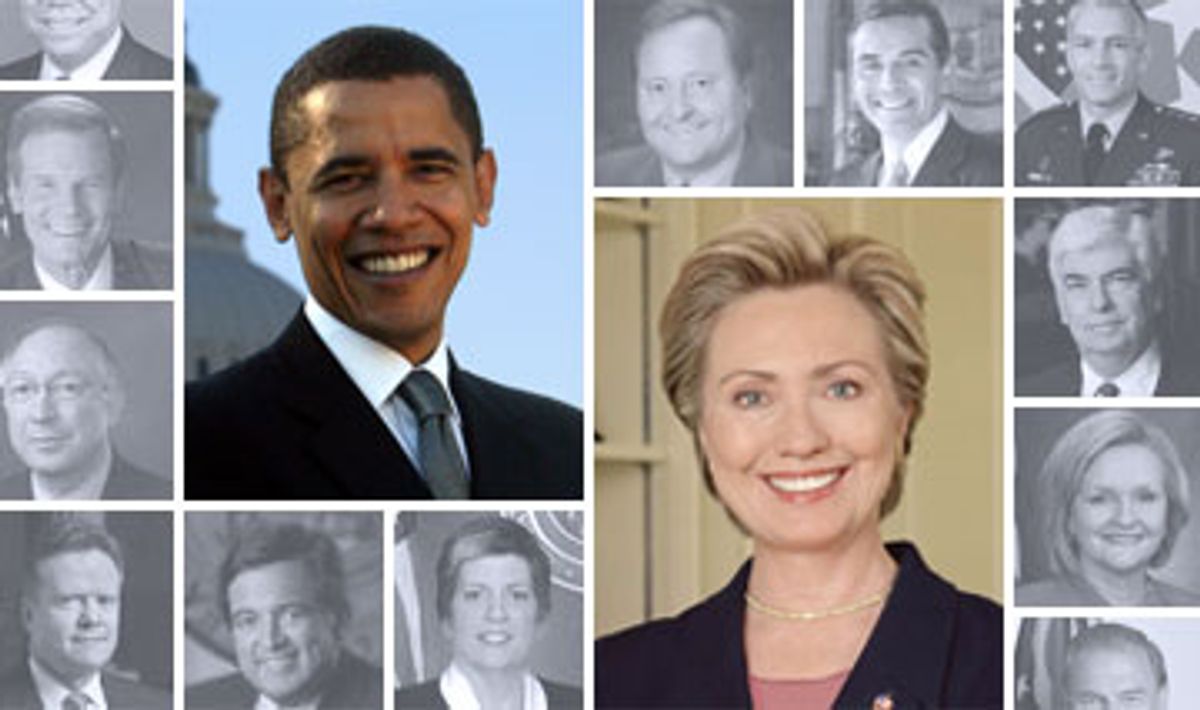 The math favors Barack Obama. Barring a revolt of the superdelegates, the Illinois senator's pledged delegate total makes him the prohibitive favorite to become the Democratic candidate for president. Eventually. Like maybe this summer.

That means that when this Democratic primary season finally ends, presumably before Nov. 4, Obama will need to pick a running mate. This is your opportunity to give him some helpful hints.

Using a method that crosses painstaking care with a dartboard, Salon has chosen 15 possible running mates for Obama. By answering the following questions, you will determine which three of those 15 best fit your criteria for vice president. When you press "Vote" at the bottom of the page, their names and faces will come swirling toward you out of the mists, ranked in order of closest match from one to three.

Before you begin, however, be warned that few of the questions have much to do with who shares your belief system or would be the best co-leader of the Free World. They have just as much to do with demographics and regional origin -- the sort of cynical, vote-grubbing considerations of which electoral politics are made.

Enjoy, or be chagrined -- and then compare your picks with those of other voters on Page 3. 'veepstakes-obama' &>

On the Ballot: 15 vice-presidential possibilities for Barack Obama