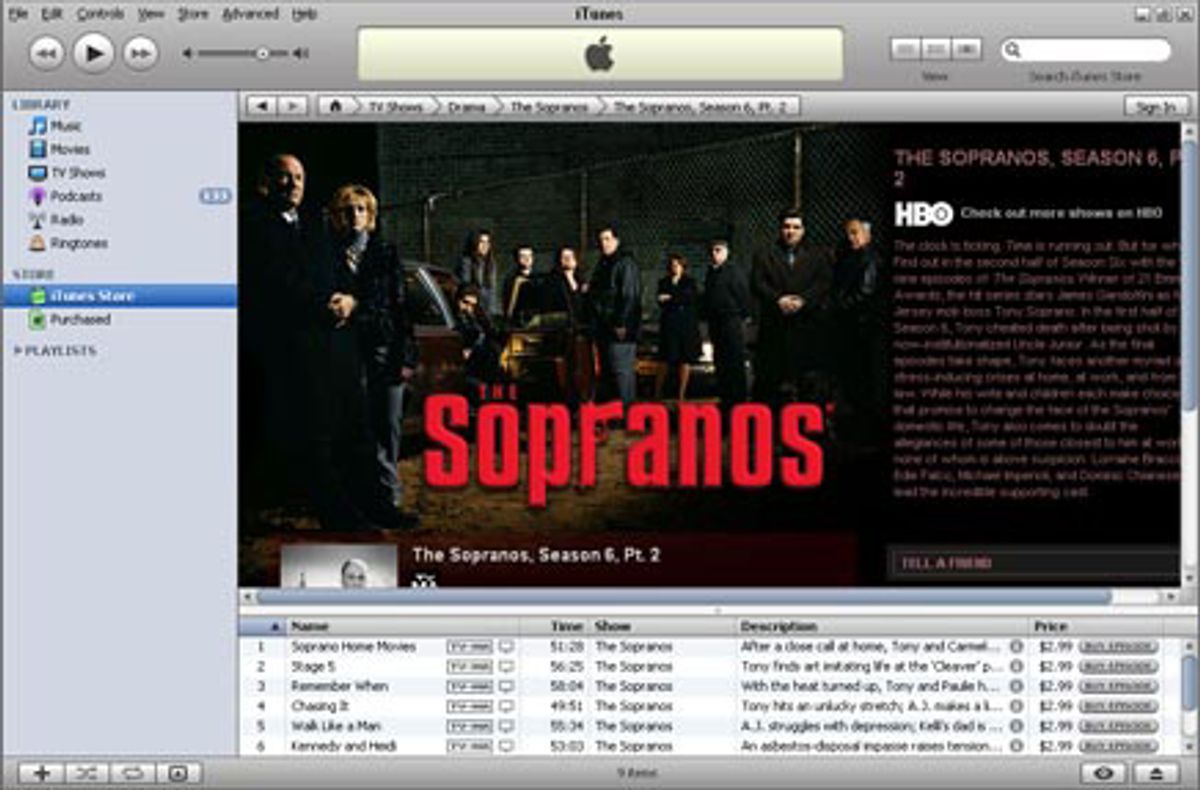 Starting today, you can log on to iTunes and find episodes of "Deadwood," "The Sopranos," "The Wire," "Sex and the City," "Rome," and "Flight of the Conchords," HBO shows that have long been unavailable online. The shows, like all iTunes episodes, can be played in iPods, iPhones, Apple TVs, and of course Macs and Windows PCs.

So what? Isn't Apple always adding new shows to iTunes?

Yes, but there's something different about these shows: Episodes of "Deadwood," "The Sopranos," and "Sex and the City" will sell for $2.99, greater than the $1.99 that's been standard for all shows sold by Apple.

It's only a dollar more, but the price marks a big backroom breakthrough.

See, last year, NBC tried to get the same deal from Apple: The network, wary of Apple's growing power in digital sales, wanted to be able to name its price when it put its shows on iTunes. NBC wanted to sell some at less than $1.99 per episode, and others at more than $1.99 per episode. Some reports suggested NBC aimed to price some episodes for as much as $5 each.

Apple wouldn't budge. The company, in all its products, often strives to reduce choice as a way to reduce confusion; selling different shows at different prices, Apple reportedly worried, would mess with the simplicity of its store.

So NBC and Apple parted ways, with NBC taking its shows to Amazon.

But apparently Apple was willing to make an exception for HBO. While "The Wire" and two other HBO shows will go for $1.99 each, the more in-demand HBO series will fetch $1 more.

Is HBO simply special? Should other networks expect the same concession when they renegotiate their contracts with Apple? You can bet they'll demand it.

And so, perhaps soon, expect to find many pricier shows on iTunes.