In the third of Salon's pick-a-vice-president questionnaires, help Republican John McCain select a running mate. (McCain will be 72 in August. It matters.) 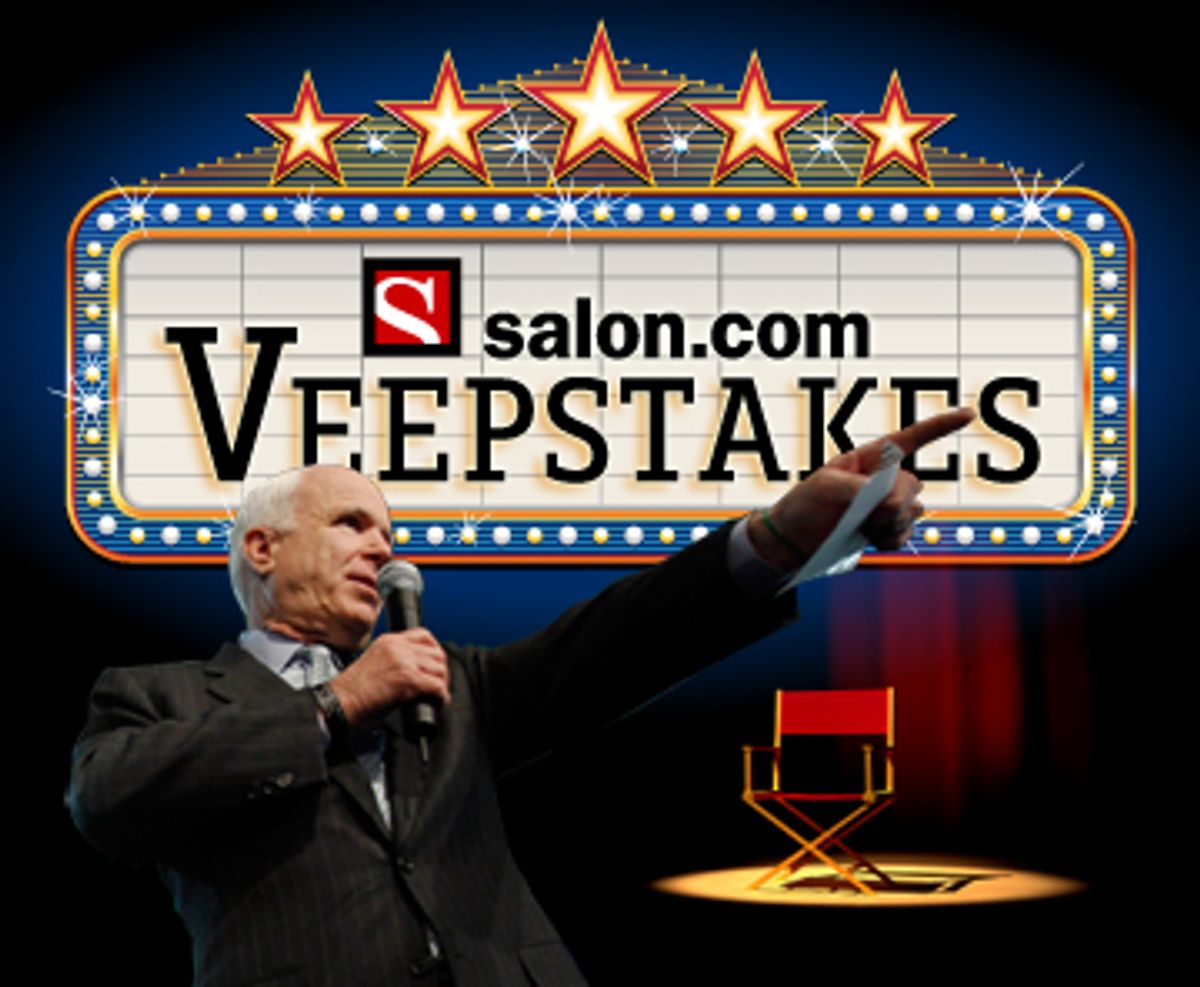 John McCain is the last white male left standing in a Republican presidential field that once held a whole Elks Club of his kind. His place atop the GOP ticket is remarkable, given that his cash-strapped campaign was given up for dead before the New Hampshire primary -- but also because be remains passionately unloved by his party's rank and file.

In choosing a running mate, McCain can either try to make nice with the GOP base, or pick a candidate who'll prove attractive to independent voters. It'll be hard to find a veep who swings both ways -- no offense intended to John Hagee. Should he give the vice-presidential nod to a candidate who will shore up his support with white evangelicals? Would a fire-breathing anti-immigration activist reassure those Republicans who find McCain insufficiently ferocious on the subject of Mexicans? Or should he pick someone who'll attract moderates, or deliver a purple state, in a year when a Republican victory is not a lock?

Salon has assembled a list of 15 possible vice-presidential running mates for John McCain. Based on your hunches about what kind of partner might help (or hinder, if you prefer) McCain's chances in the general election, answer the following questions, and see which three faces pop up on Page 2 after you press "Vote."