At a rally in Michigan on Wednesday night, John Edwards will end months of speculation and announce his support for Barack Obama. 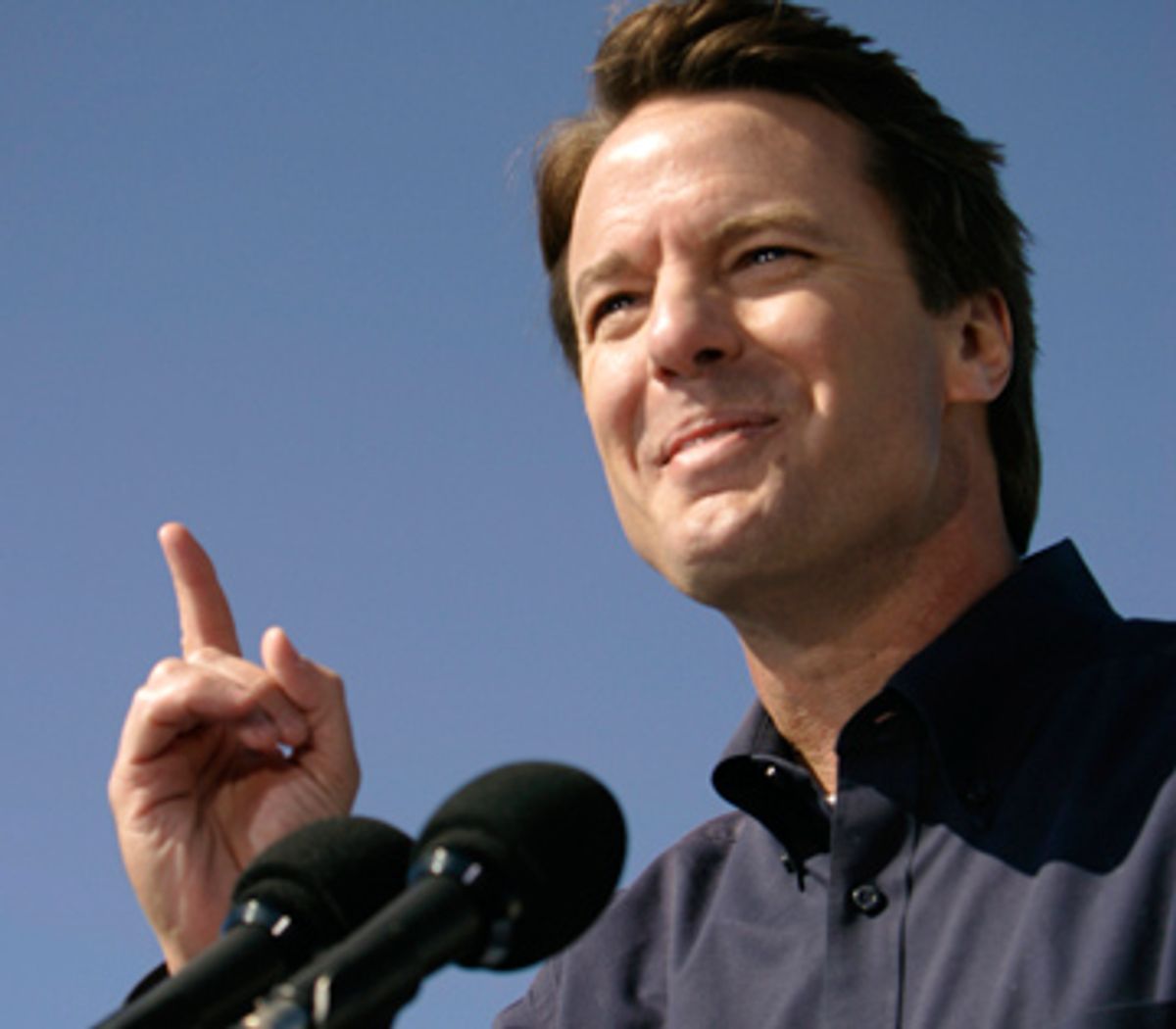 Barack Obama's campaign has been touting what it says will be an announcement of a major endorsement, to be delivered at 7 p.m. EDT on Wednesday. The early speculation -- fueled by a little teaser posted by Time magazine's Mark Halperin -- is that the endorser will be this primary season's version of Godot, former Sen. John Edwards. (Halperin also says, however, that the Obama campaign has kept silent in response to direct questioning.) Among Salon reporters, the consensus so far, for several reasons, is this is probably right.

Ever since he dropped out of the race earlier this year, political junkies across the country have been waiting to hear from Edwards about his preference for the Democratic presidential nomination. One of the reasons we think the speculation may well be founded is that this is an excellent time for Obama to get Edwards' endorsement. Obama needs a good news story after the drubbing he took in West Virginia on Tuesday, and Edwards' support might at least tone down the level of speculation about Obama's strength or weakness with the white working-class voters who were Edwards' base in this race.

Update: The Obama campaign has moved up the time of the event, which will now be held at 6:30 p.m. EDT. It will take place in Grand Rapids, Mich., at the Van Andel Arena; attendees reportedly began to line up for the rally before 8 a.m. EDT Wednesday.

Update II (and bump): It's official, as the Obama campaign has now confirmed it to multiple news outlets. On his blog, the Atlantic's Marc Ambinder adds some interesting detail to the story: "[Edwards] didn't give the Clinton campaign a heads up, and most of his senior campaign staff were caught unawares."