Bush administration lists the bears as endangered but tries to gut protections. 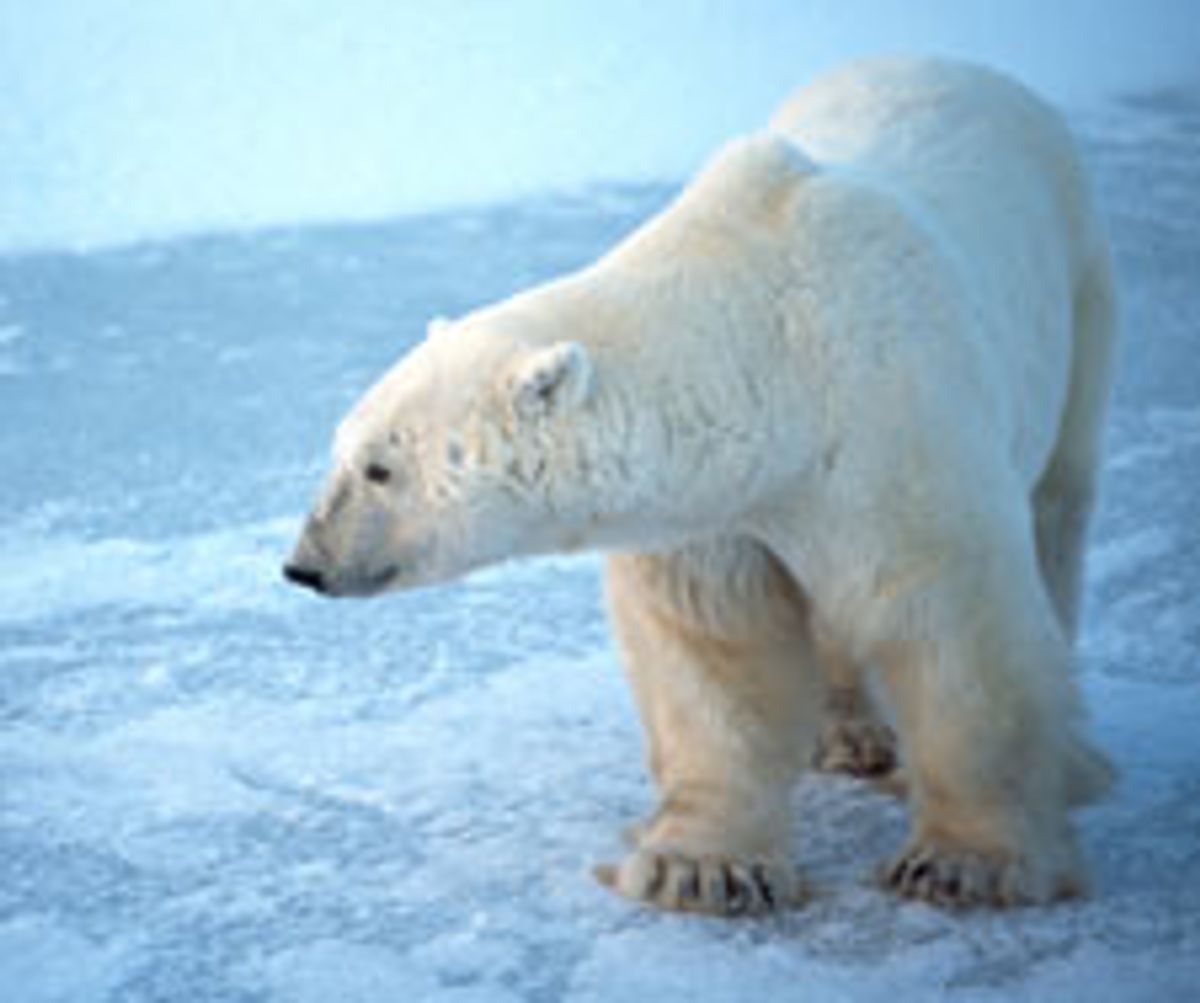 Polar bears won new protections on Wednesday from a grudging Bush administration. Announcing that the bear will now be listed as a "threatened" species under the Endangered Species Act, Secretary of the Interior Dirk Kempthorne said: "This has been a difficult decision, but in light of the scientific record and the restraints of the inflexible law that guides me, I believe it was the only decision I could make."

Global warming is melting the polar bear's sea ice habitat, a watery state that's projected to only worsen in coming decades. Yet even as Kempthorne announced the new protections for the bear, he cautioned against their being used to actually attack the root of the problem, global warming: "Listing the polar bear as 'threatened' can reduce avoidable losses of polar bears, but it should not open the door to using the ESA to regulate greenhouse gases from automobiles, power plants and other sources," he said.

Seeking to limit how the new polar bear protections will be used, the secretary of the interior also announced "administrative guidance and a rule that defines the scope of impact my decision will have," while offering assurances that oil and gas drilling in polar bear habitat will be allowed to continue unabated.

Democrats accused the Bush administration of gutting the protections that it's charged with enforcing. "This is a fraud," said Rep. Jay Inslee, a member of the House Natural Resources Committee and Select Committee on Energy Independence and Global Warming. "While this is a long-overdue recognition of scientific reality, the administration included a poison pill. The administration effectively decided to make a listing, but said it wouldn't make a difference in government action. That's not a listing, it's a cop-out."

Sen. Barbara Boxer, chairwoman of the Senate Committee on Environment and Public Works, said: "While the listing itself is welcome news, I am deeply concerned that the administration's plan will deny the polar bear some of the key protections of the Endangered Species Act."

Environmentalists, who had fought for three years for the bears to be listed, were happy to see it finally happen, but outraged about the Bush administration's attempt to narrow the scope of what the listing decision means: "This decision is a watershed event because it has forced the Bush administration to acknowledge global warming's brutal impacts," said Kassie Siegel, climate program director at the Center for Biological Diversity. "The administration's attempts to reduce protection to the polar bear from greenhouse gas emissions are illegal and won't hold up in court."

Back in January, the Department of the Interior missed the legal deadline for making a decision about protecting the polar bear. While it delayed for months, the same department sold billions of dollars of oil and natural gas leases in prime polar bear habit, inspiring a lawsuit by environmental groups, including the Center for Biological Diversity and the Natural Resources Defense Council. The feds sought to continue delaying the listing decision until June 30, but in late April a federal judge ruled that all this foot-dragging was illegal, and the agency had to make a decision by May 15 at the very latest. That's tomorrow.