The court says a ban on same-sex marriage is unconstitutional and civil unions are not an acceptable substitute; California becomes only the second state to permit gay marriage. 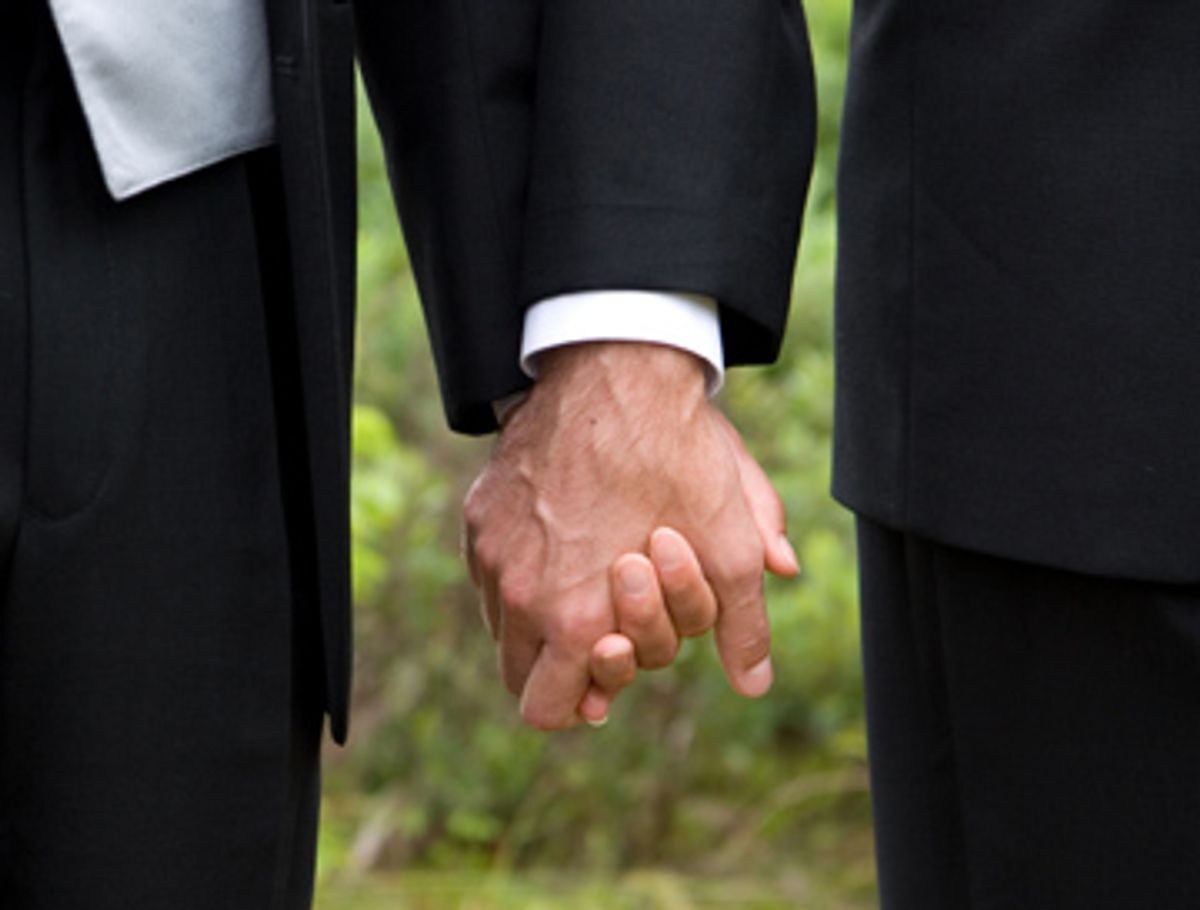 On Thursday, the California Supreme Court handed down a decision that legalized gay marriage in the state. A press release accompanying the decision says:

The court concluded that permitting opposite-sex couples to marry while affording same-sex couples access only to the novel and less-recognized status of domestic partnership improperly infringes a same-sex couple's constitutional rights to marry and to the equal protection of the laws as guaranteed by the California Constitution.

The decision directs state officials who supervise the enforcement of the state's marriage laws to ensure that local officials comply with the court's ruling and permit same-sex couples to marry. The decision becomes final in 30 days unless that period is extended by court order.

I'm still reading through the opinion -- it's quite long -- so I'll have more on this later, but for now my first impression is that the political implications here could be big for November and beyond. (This is, after all, a political blog, so that's what I'll be focusing on here.) First, this decision will undoubtedly be used by the Republican Party to try to reenergize its base. Second, it puts the Democratic Party in an uncomfortable position. The party has largely tried to split the baby by opposing outright legalization of gay marriage, which is still very dangerous politically, and supporting civil unions as an equitable solution. But this decision says civil unions are not the same thing as marriage and shouldn't be treated that way. It'll be very interesting to see what the reaction is from the party and the presidential candidates.

Update: Here at Salon, we've already gotten our first statement from a religious conservative group outraged by the decision. The statement comes from Concerned Women for America, and is headlined "California Supreme Court Betrays 'We the People' on Marriage." CWA uses the by-now-familiar, expected arguments against the decision; the statement reads, in part:

Today the California Supreme Court imposed, through judicial fiat, so-called "same-sex marriage" on Californians, thus totally disregarding the sanctity of marriage and the will of the people ...

Matt Barber, CWA Policy Director for Cultural Issues, said "The California Supreme Court has engaged in the worst kind of judicial activism today, abandoning its role as an objective interpreter of the law and, instead, legislating from the bench. It's absurd to suggest that the framers of the California state constitution could have ever imagined there'd be a day when so-called 'same-sex marriage' would even be conceptualized, much less seriously considered ...

"So-called 'same-sex marriage' is a ridiculous and oxymoronic notion that has been forced into popular lexicon by homosexual activists and their extremist left-wing allies.

"If people who engage in homosexual behavior want to dress up and play house, that's their prerogative, but we shouldn't destroy the institutions of legitimate marriage and family in order to help facilitate a counterfeit."

I've contacted both Democratic campaigns for reaction, which should be coming soon. Also, the press release I referenced above does a good job of summarizing some key portions of the decision, which comes in at 121 pages. Here's a little more detail from the release about the part of the decision I think will be key to the political implications of this decision for Democrats:

Update 2: San Francisco Mayor Gavin Newsom is holding a conference call with reporters to explain his reaction to the decision. Newsom, as you may remember, made the decision that was essentially the catalyst for the court's opinion when in 2004 he allowed same-sex couples to marry at San Francisco's City Hall. During the call, Newsom said, "We couldn't be more proud and exhilarated ... It's significant because this court, represented by six out of seven Republican-appointed judges, also represents the largest state in our nation."

Update 3: As Newsom notes in the above quote, the court that made this ruling is composed of seven judges, six of whom were appointed by Republicans. The majority opinion was written by Chief Justice Ronald George, who was appointed by former Gov. Pete Wilson, a Republican. Two of the court's other Republicans joined that opinion, as did the lone Democrat. One of the Republicans also wrote a separate concurring opinion.

All three of the dissenters are Republican appointees; they produced between them two opinions, both of which concur in part and dissent in part with the majority opinion. Here's part of the section of the court's press release that summarizes the first of those opinions:

In his concurring and dissenting opinion, joined by Justice Chin, Justice Baxter explains that although he agrees with several of the majority's conclusions, he disagrees with the majority's holding that the California Constitution invalidates the statutes -- including an initiative measure recently adopted by the voters -- that define marriage as an opposite sex union. In reaching this decision, Justice Baxter contends, the majority "violates the separation of powers, and thereby commits profound error." Citing the legislative progress that gays and lesbians have already achieved in California, Justice Baxter urges that the future definition of marriage should also be decided by the democratic process, not by the courts.

And here's part of the section of the press release that summarizes the second opinion:

In her concurring and dissenting opinion, Justice Corrigan states at the outset that although "[i]n my view, Californians should allow our gay and lesbian neighbors to call their unions marriage," "a majority of Californians hold a different view, and have explicitly said so by their vote."

Justice Corrigan believes the court's ruling exceeds the bounds of judicial authority: "This court can overrule a vote of the people only if the Constitution compels us to do so. Here, the Constitution does not."In explaining her position, Justice Corrigan notes that, under California law, domestic partners have virtually all of the substantive legal benefits and privileges available to traditional spouses, and states, "I believe the Constitution requires this as a matter of equal protection."

Her separate opinion goes on to explain, however, that "the single question in this case is whether domestic partners have a constitutional right to the name of 'marriage,'" and on that point Justice Corrigan disagrees with the majority's conclusion, finding that the majority improperly denigrates domestic partnership by describing it "as 'only a novel alternative designation... constituting significantly unequal treatment' and 'a mark of second-class citizenship.'"