Unlike many who would also like to leave, today I board a cargo plane and fly away. 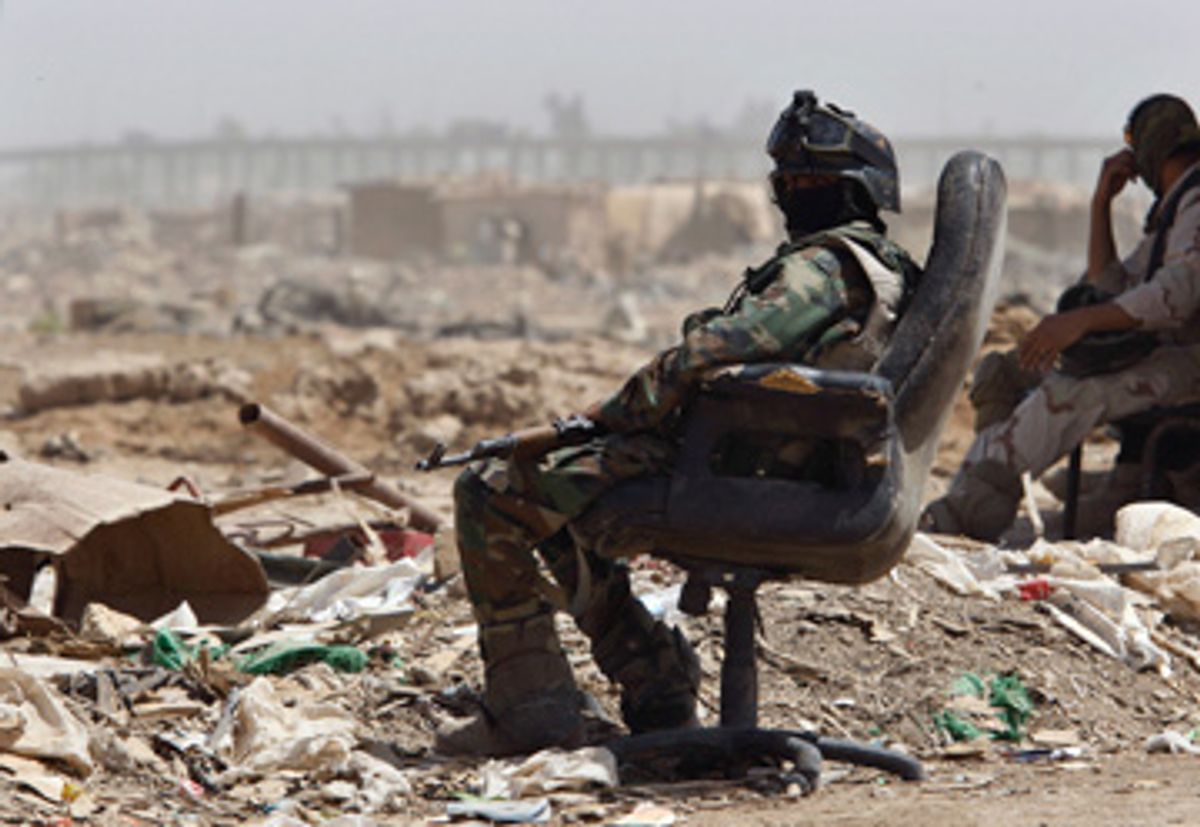 May 22: I am leaving Iraq, and a lot of people who are staying wish they could do the same:

Sahar al-Jawari, the unemployed, divorced mother who is slowly selling the last of her jewelry to survive in a city where gunshots are an everyday affair and electricity is not.

Xzibit, the 19-year-old military translator from Baghdad who uses the name of his favorite American rapper as a pseudonym to protect his identity, and who has watched people kill and be killed during the year he has worked for the Americans.

The young U.S. Army specialist, who was pacing around his combat outpost the other day, counting out loud the time he has left to serve: "Thirteen months and 29 days, 13 months and 29 days." Stiff western wind carried his voice into streets chocking with trash and rubble.

The Army Reserve sergeant in his late 30s, who has made up his mind to start an antiwar group when he comes home.

According to Capt. Andrew Betson, who commands Alpha Company of the 4-64 Armor Battalion of the 4th Brigade, 3rd Infantry Division in Baghdad, the soldiers are exaggerating their disillusionment with Iraq.

From my conversations with soldiers, I, too, get a feeling that they do. So do millions of Iraqi civilians who, unlike the soldiers, don't get to leave Iraq after their deployment is over.

"I was here in 2003, after the initial invasion, and things got very bad real quick," recalled Army Capt. Sean Chase, the 4-64's Bravo Company commander. He is stationed in Baghdad's Risala neighborhood, which American forces say is a hotbed of Shiite militias.

"I came back for the election," three years ago, Chase said. "Then I came back in October and it had taken a huge downturn from when I was here in 2005."

Each year no one sweeps the streets adds a layer of decomposing trash. Each year no one repairs the leaky sewage pipes, the putrid pools that sit in Baghdad's lowlands grow deeper and wider. Each sectarian flare-up adds a new level of deep-seated mistrust that will be "very difficult to get rid of," predicts Eddie Bello, an Iraqi-born American who works as a cultural advisor to American troops. Like me, Bello is leaving Iraq on board a C17 military cargo plane headed for Amman, Jordan.

I climb into the plane and buckle up. My fellow passengers are mostly military contractors like Bello, U.S. State Department officials, and a few Iraqis who are lucky enough to leave. The U.S. Air Force crewmen explain how to use our oxygen masks and where the emergency exits are. Thirty minutes later, our plane speeds noisily along the runway and takes off, heading west.