After two decades of renting, I finally bought my own home. What the hell was I thinking? 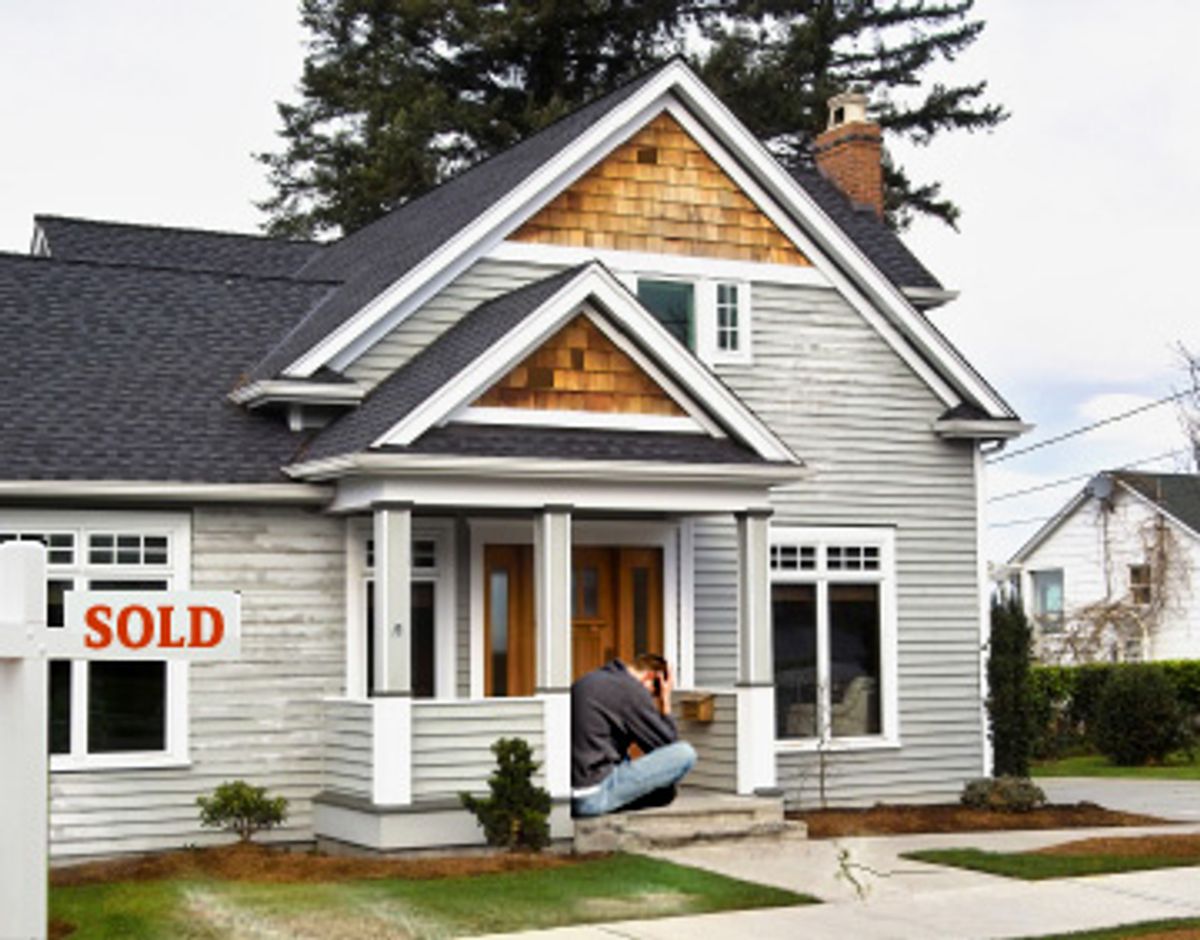 Thanks to the mortgage crisis and the inevitable mortgage crisis legislation, we have heard a lot of bloviating recently about what Rep. Sander Levin, D-Mich., calls "the American Dream of homeownership." Yes, along with shopping and invading countries that pose no military threat to us, homeownership is now part of the American Dream lexicon, to be invoked as a single compound noun -- like a German word, only uplifting. There is only one problem I can see with the equation of homeownership to patriotic bliss, and that is homeownership itself. How vastly overrated and costly and crazy-making an enterprise it turns out to be.

I am qualified to say this, mind you, because I entered the holy circle of homeownership two years ago. To say that I was naive about the ensuing realities would be fair, but inadequate.

But then, I had a wife who was six months pregnant and needed a nest to call her own and I, too, figured I was ready to stake my claim after more than two decades spent renting (my nadir being the dungeon studio in El Paso, Texas, whose bathroom had no door). And besides, as I was assured by the panting chorus of fellow homeowners who take it upon themselves to advise you in such situations, real estate never-ever-gabever goes down, so I wasn't even spending my money, I was just "investing" it.

Thus, in the spring of 2006, my wife and I invested in a small cape bungalow in a suburb outside of Boston. As to the exact figure we invested, or promised to invest, I would prefer not to disclose the sum for the sake of privacy, but also because mentioning it causes my testicles to do that thing where they retract into my abdomen.

I mean this as no offense to the home itself, which has, on balance, given us both much pleasure. It is not the house's fault that I failed to buy it sooner. This we can safely blame on my own protracted adolescence and undependable income.

Nonetheless, it bears mentioning that our purchase served as a bellwether for the ensuing housing market collapse. It was as if the keepers of that market were saying, "What? Even Almond has a house now? Time to bail!"

This first shock of homeownership (that property values sometimes go down) was followed by a second: hidden costs. And by "hidden" I mean, of course, "those costs I was too lazy or negligent to consider beforehand."

Property taxes, for instance. My annual bill amounted to half what I had paid in rent. There were fees for water and garbage collection and heating oil and insurance. As a self-employed person working at home, I lost that fat tax deduction I used to receive for rent payments. If only someone had told me -- or pointed me to the right book, perhaps "Homeownership for True Dumbshits" -- I would have at least tried to scare my wife into a cheaper house.

But all right, too late. The check cleared. Now we owned this cute, if somewhat cramped, domicile. The appliances were newish and the yard was immaculate and we each had an attic office, even if they were built to scale for leprechauns. I figured we could coast for the next five years.

Then it was high summer and we needed to install air conditioners, to prevent my wife from perishing. She needed other things, too -- drapes, a dresser, a new filing cabinet. And because my own household know-how maxes out at the stage known as putting together a lamp from Ikea, I had to beg my friend Billy to come over and do all this stuff for me, which he did, for free, if you don't count the retail value of verbally emasculating me for hours on end.

And so we proceeded through fall and winter. The paint continued to peel and the driveway asphalt cracked and the bricks bordering our garden came loose and the insulation in our attic crawl spaces began to congregate in toxic, cotton-candyish tufts. These were all fairly manageable -- by which I mean, fairly easy to ignore -- until the structural engineer arrived.

The structural engineer arrived at the behest of his client, who was considering buying the house two doors down. The problem was he'd seen some "step cracks" in the foundation and wanted to see if we had the same damage. (Spoiler alert: We did.)

"That depends," he said.

"I'm really just doing a purchase consult," he said, and scurried off to sow fresh structural doubts in the mind of his client, who did not, alas, become our neighbor.

The cracks in the foundation (about which I could do nothing) quickly led to cracks in the cement wall and granite stone path that abut our garage. I decided, after a brief consultation with a contractor, that we could do nothing about these for the time being, short of prayer. I refuse to go into detail about the water damage. It's already been a long day.

I will mention, though, that my wife is fond of telling friends of ours that if we ever "come into money" she hopes to knock out a few walls in the basement and create a second bathroom with a Jacuzzi tub.

When she says these things it calls to mind those reality TV shows whose central myth of transformation centers on the home. "Extreme Makeover: Home Edition," "Trading Spaces," "Flip This House" and so on. These programs are the new pornography of the landed middle class, and they are, in their own way, as cruel as the old pornography. Just as the libidinal 13-year-old will someday discover that not all naked women look like Playboy centerfolds, so too, the first-time homeowner will have to learn that refurbishing your den, even on national TV, does nothing to heal the cracks in your foundation.

Also: the yard. By our second spring, the neighbors had begun to notice that we were somewhat laissez-faire in our approach. We are blessed with very nice neighbors, by the way, all retirees, and it pleases them to landscape with ferocity. Such is the ornamental fervor of suburban culture.

My wife claims she understands this. Still, as she gazes upon their iridescent lawns and geometrically perfect flowerbeds, it is hard for her not to feel a twinge of shame.

"Our lawn is eroding," she informed me recently.

"I don't think that's the right word," I told her.

"What would you call it, then?"

I looked out at the scabs of browned sod and dandelions. "Eroding is when the soil disappears," I said, professorially.

This exchange is characteristic of my overall attitude when it comes to home improvement. I am both self-righteous and incompetent, a truly American combination. The result is a kind of flustered inaction familiar to those who have lived in tenements. Last month, for instance, my daughter dashed out of my office and nearly plummeted down the stairs. I managed to snatch her up, but in the process fell backward and knocked a crater into the flimsy wall of my wife's office.

In a sense, our political leaders, in tandem with the retail sector, have offered the same cheap coverup. They've portrayed homeownership as a birthright and a breeze. Just plunk down your 10 percent, zip over to Home Depot, and you're home free.

But maybe it's time to admit that many Americans are like me: unfit for the privilege. We buy homes we can't afford, we treat them like piggybanks, and often we lack the aptitude or interest required to care for them. Would it really be such a heresy to return to the good old days of, say, early last century, when fewer than half of all Americans owned their dwellings, as opposed to the nearly 70 percent who do today?

I suspect, as the cheap oil era dwindles and the price of upkeep surges, we'll see a return to collective living spaces. Greater density will mean less privacy. But it might also rescue us from castles we were never truly ready to rule.