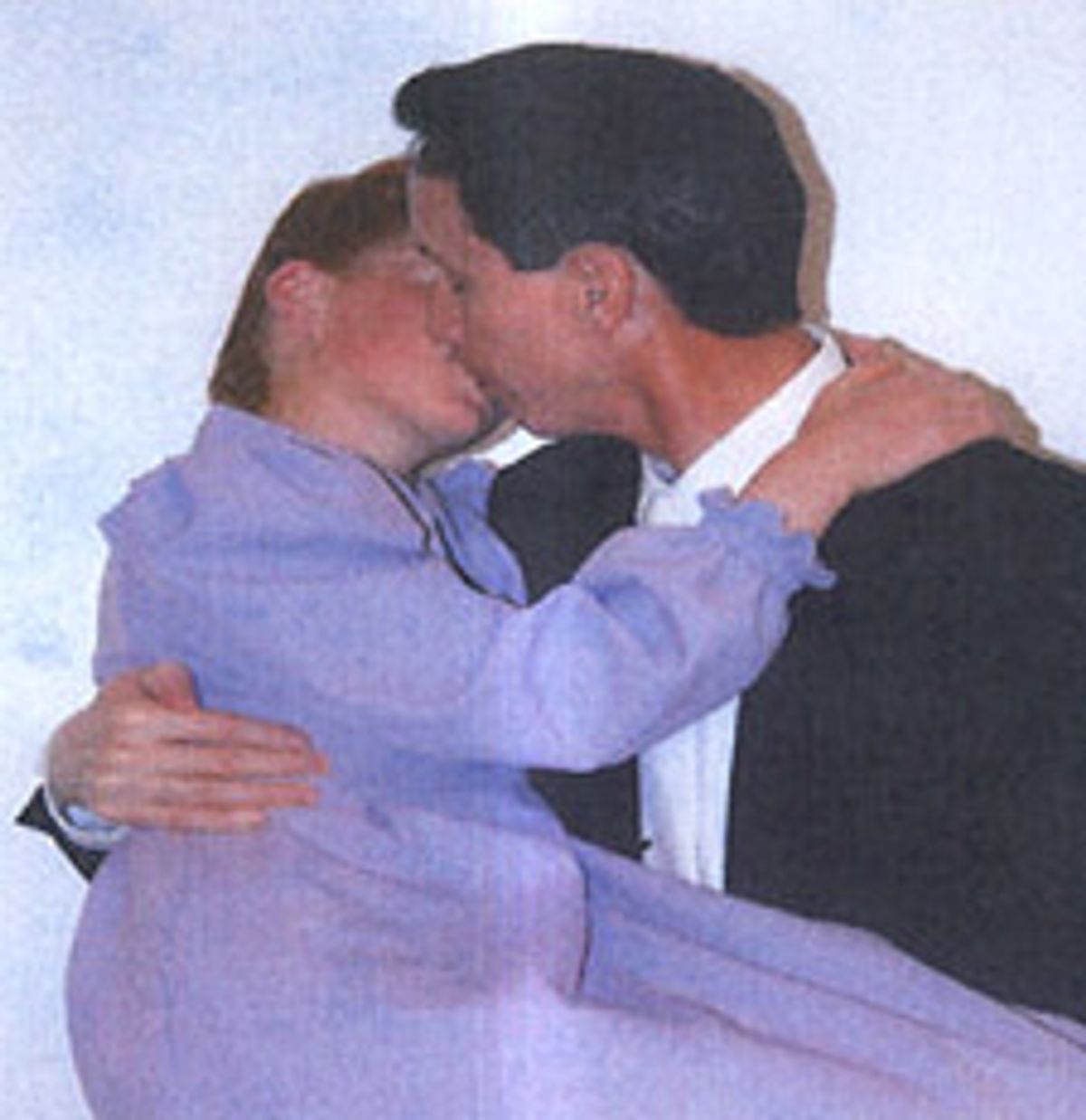 This news item demands mention here but elicits little more from me than a curled lip and aspirated "ugh," and thus I bring you Broadsheet's first-ever "'Ugh' of the day." I dare say there never was an item more deserving of that title than the recently released photographs of polygamist sect leader Warren Jeffs kissing two children.

Today, the Smoking Gun published the photos, which were introduced Friday at a custody hearing for the hundreds of children removed during a raid by Texas law enforcement on the Yearning for Zion Ranch. In the first set of photos – printed as vignettes on a card commemorating their "First Anniversary" -- Jeffs is shown cuddling and amorously kissing a girl named Loretta, who looks to be 14.The second set of photos shows Jeffs with Merrianne, who was 12 at the time; he squeezes her tight in one photo, passionately kisses her on the lips in another and, finally, picks her up in his arms like the little child that she is.

If I hadn't just lost my lunch, perhaps I would have the fuel to rail against these repugnant photographs instead of offering the onomatopoeia of my outrage.