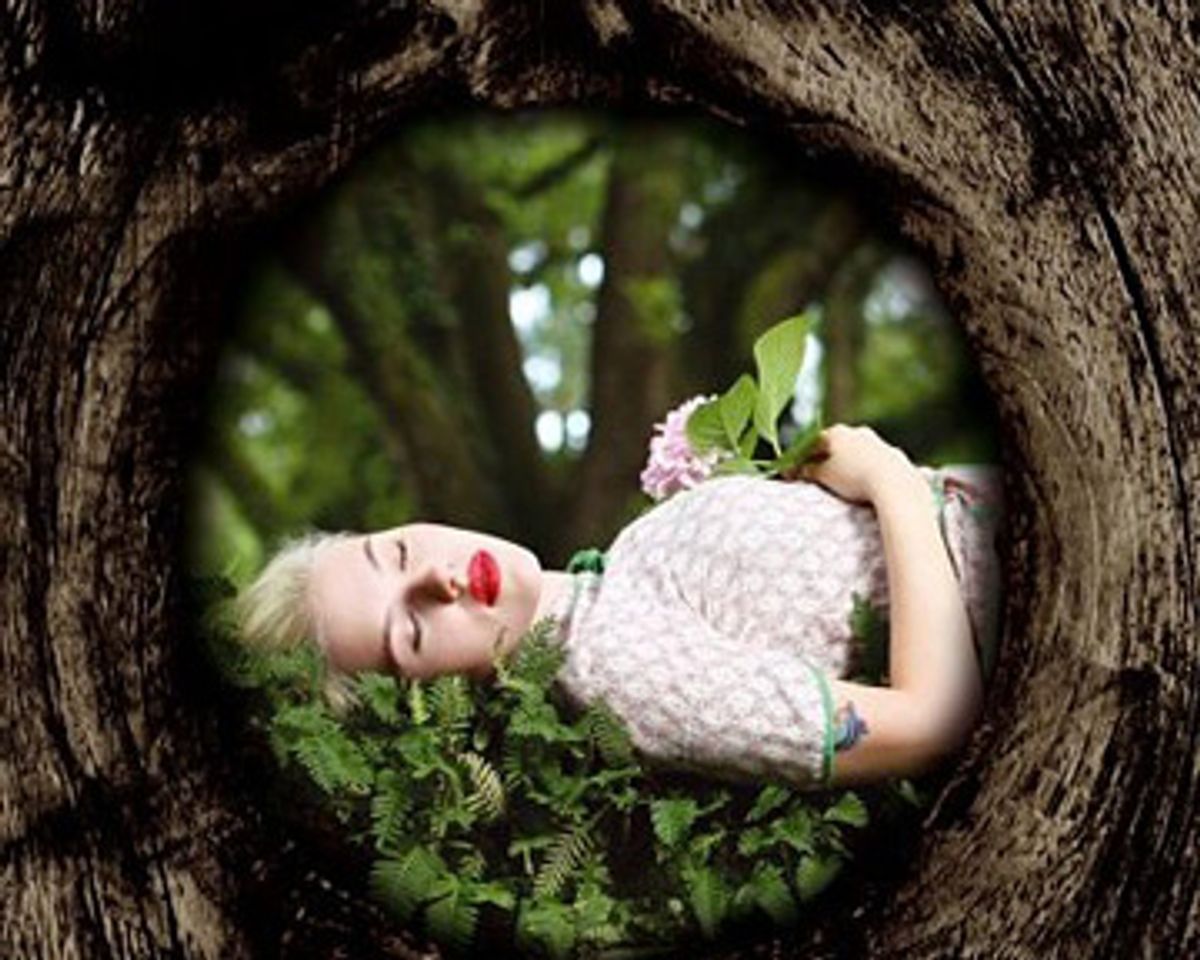 By now you may have heard that Scarlett Johansson's debut album, a collection of Tom Waits covers called "Anywhere I Lay My Head," is "bad." Johansson is already a beautiful, successful young movie star -- we don't want her to be able to sing too, do we? The critical consensus on Johansson's voice is that it's flimsy and expressionless, and that it's buried deep beneath the record's cottony, somewhat synth-heavy production.

But I'm here to make a confession: I like "Anywhere I Lay My Head," and if Johansson "can't sing" -- a claim that's debatable anyway -- she is at the very least part of a long, proud tradition of actors who "can't sing" and who have nonetheless made wonderful, or at least extremely enjoyable, records.

"Anywhere I Lay My Head," which was produced by TV on the Radio guitarist and keyboardist David Andrew Sitek (who also performs on the record), includes 10 Waits covers and one original, "Song for Jo," written by Johansson and Sitek. Johansson had originally intended to record an album of standards, with only one Waits song, "I Never Talk to Strangers," in the mix. (That song doesn't appear on "Anywhere I Lay My Head.") Somehow, though, one Waits song turned into four, and as Johansson kept recalling other Waits songs she loved, her conception of the album shifted. As she told the Wall Street Journal, she began listening to Waits' music when she around 12: "We used to go on road trips with a friend and my friend's dad used to play it for hours and hours and at first it was like, 'What is this music?' But as I listened to more of his music I discovered that I liked it."

"What is this music?" is often the first thing you ask when, as a kid, you hear something strange and mysterious and not immediately penetrable, something you're not quite ready for, and "Anywhere I Lay My Head" captures that sense of adventure: Johansson comes at these songs modestly, and with a degree of quizzical affection. She's not attempting to reinvent them, only to reimagine them -- which is not that different from what an actor does when he or she is called upon to interpret a role.

"Anywhere I Lay My Head" hasn't been unilaterally trashed by critics; it has received some favorable reviews, one in Pitchfork among them. But there have been plenty of potshots, too. In April, New York magazine's Vulture blog ran a short item about the album with the snarky headline "Confirmed: Scarlett Johansson Makes Best-Ever Album by an Actor." The problem may be simply that Americans aren't used to the idea of actors' making records. French actors, from Jeanne Moreau to Catherine Deneuve to Brigitte Bardot to, more recently, Julie Delpy and Charlotte Gainsbourg, have often cut records as a matter of course. The French-Italian actress Chiara Mastroianni, the daughter of Deneuve and Marcello Mastroianni (talk about having an unfair advantage in the good-looks gene pool), made a lovely album, "Home," with her then husband, Benjamin Biolay, in 2004. Are any of these nonsinging singers the reincarnation of Edith Piaf? No -- but they never claim to be. What they're offering is essentially another kind of acting, set to music, a performance in which they might not hit every note with precision but nevertheless put some part of their personality and sense of style to work.

I know what you're going to say next: French people are cracked when it comes to pop music -- they'll listen to anything. But the point transcends international boundaries: Singing isn't just about vocal quality, or technique, but about phrasing -- how a performer chooses to fit the words to the music. Actors who are tapped to perform in musicals often aren't great singers, and they may still manage to give marvelous and heartfelt musical performances, as late Irish actor Richard Harris did in the movie "Camelot." (Before him, another nonsinger of an actor, Richard Burton, handled the same role capably onstage.) And let's not forget one of the greatest nonsingers of all, Fred Astaire, a man who didn't have much technical prowess as a singer, but whose delivery is so buoyant and so spirited that his voice is pure pleasure to listen to.

So how does Johansson compare with other actors who "can't sing"? For one thing, she knows her limits: Her phrasing is straightforward, almost matter-of-fact, and never flowery -- the kind of approach you have to take with Waits. On the title track (off Waits’ 1985 album "Rain Dogs"), she drifts along on a cloud of summer-day wistfulness. "I Wish I Was in New Orleans" (off the 1976 "Small Change") is a cotton-candy lullaby (on which Johansson is accompanied on a music box, by Sean Antanaitis, of the Baltimore band Celebration). And on "Green Grass" (off the 2004 "Real Gone"), her throaty whisper is velvety, soothing and vaguely sinister. She can't dip quite low enough to touch the melody's bottom notes, but she at least manages to glance off them without too much strain.

More significant, though, "Anywhere I Lay My Head" has a definite vibe and a point of view: It isn't a record made by a bunch of kids just fooling around. Obviously, Sitek's production -- as well as the band he's put together, which includes Yeah Yeah Yeahs guitarist Nick Zinner -- sets much of the album's mood and tone. The first thing that struck me about "Anywhere I Lay My Head" was how much it reminded me of those old 4AD albums I used to love in the '80s, by bands like the Cocteau Twins and This Mortal Coil. (As it turns out, the liner notes reveal that that was exactly the effect Sitek was going for.) Admittedly, this sort of lush, brushed-mohair production, with the vocals layered beneath the instruments instead of upfront, does come in handy for smoothing out certain vocal flaws. But the album's sound, and Johansson's singing within it, still show plenty of respectful boldness. There's a kind of dreamy eroticism to Johansson's voice, but she's capable of craggy romantic disillusionment, too.

"Anywhere I Lay My Head" may have begun with a kid's puzzled question -- "What is this music?" -- which is exactly the sort of thing you wonder when you're stuck in a car with some old guy's music. But it's the kind of mossy artifact -- half oddity, half treasure -- you'd be lucky to find on any road trip.