Would you like some books with that tote bag? 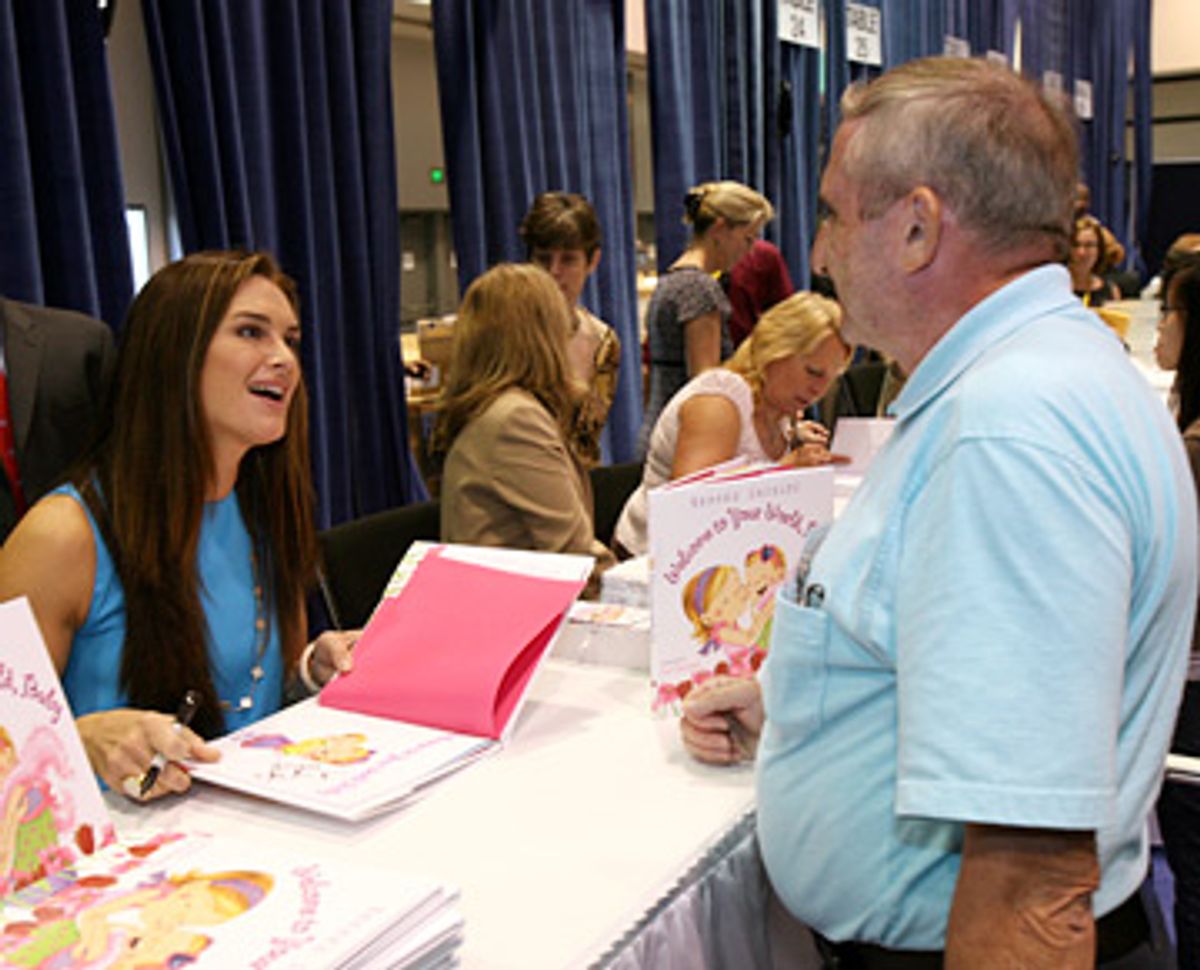 In the ongoing mythology of Book Expo America -- the annual convention of booksellers and publishers that was held in Los Angeles over the past weekend -- there is a "big book" for each year, a title that everyone at the trade show is talking about and trying to get their hands on. This year, it just so happened that everyone outside the industry was talking about a book, Scott McClellan's memoir of his experiences as press secretary for the Bush White House, "What Happened." Neither McClellan nor his book were in evidence at BEA -- which is meant to promote forthcoming fall titles, anyway -- but somehow the mismatch seemed indicative of how out-of-phase book publishing feels with the culture at large.

What makes the McClellan book news is that he's a loyalist breaking ranks with the Bush administration. That's premise enough to spawn hours of cable-news debates, but not enough, perhaps, to merit a full-length review, as a couple of newspaper book review editors (asking not to be identified) complained this weekend. Making matters worse, the publication schedules of most newspaper book sections dictate that, since advance copies were not available, any review would have to run at least two weeks after the book's release date, long after the hyped-up news cycle has moved on. In a cultural climate that mostly consists of simple sound bites followed by endless opinionating, the book -- ideally, a work of sustained thought -- seems almost anachronistic.

Hillel Italie, who writes about publishing for The Associated Press, and Geoff Shandler, editor in chief of Little, Brown, were discussing this intently on the exhibit floor Friday morning. Italie speculated that the pace of modern life was a problem. "A four-day work week could make a difference," he said. Shandler saw cause for hope in the notion that readers can be encouraged to use books to escape the jittery pressures of modern life. But that's only likely to happen, he added, if they develop a relationship with books at an early age. "Harry Potter has been great for showing kids the kind of experience a book has to offer," he said. "So here's my recommendation for how to save reading: make children's books tax deductible."

A panel earlier that day, "To Read or Not to Read," took up the same topic. The panel was kicked off with the release of further data from the National Endowment for the Arts' 2007 report on American reading habits, a litany of depressing figures that have become all too familiar of late. There was one bright spot, however: Nine-year-olds are apparently reading more and at a higher level than has been previously recorded. Since the same survey revealed that "proficient readers" are also more likely both to vote in general elections and to volunteer their time to worthy causes, perhaps J.K. Rowling will someday take credit for single-handedly preventing America from degenerating into a nation of selfish, apathetic dullards.

In general, "juvenile" publishers and authors did seem more upbeat. Sherman Alexie, who has written several adult titles and last year won the National Book Award for his first Y.A. (young adult) novel, "The Absolutely True Diary of a Part-Time Indian," is a case in point. "No one in Y.A. is talking about that," he said when asked about the dire forecasts on the future of reading. "They're talking about how the genre is booming. Maybe writers for adults can learn something there: write more like the Y.A. writers." What did Y.A. fiction offer? Stronger stories and less ornate prose? That and more, Alexie concurred. "The audience doesn't tolerate bullshit," he added.

"I'm not actually pessimistic," said David Ulin, editor of the L.A. Times Book Review, in an aisle seething with convention-goers snapping up free tote bags and advance reader's copies of forthcoming novels by such authors as Toni Morrison, Philip Roth and Dennis Lehane. "I think people will still go on reading books." Times employees are nervously awaiting a rumored round of layoffs, but Ulin believes that his section, the survivor of much-lamented cutbacks last year, is safe for now. The future of newspaper book sections remains uncertain, however, given the distressed state of newspapers in general. One publisher noted that some papers in major West Coast cities like San Francisco and Seattle didn't even send their book editors to the convention this year, a bit of economizing that would have been unthinkable a decade ago.

Things didn't look so bad at BEA, what with attendees lining up into the aisles to score autographed books. True, some of the most popular authors had earned their celebrity in other fields: Billie Jean King, John Dean, Brooke Shields, both William Shatner and Leonard Nimoy (in separate booths) and Barbara Walters. There were parties for Alec Baldwin and Prince -- the latter, thrown at the artist's Los Angeles home, constituted the hot ticket of the weekend. Actual writers still managed to command crowds, however, with crime novelists Michael Connelly and Brad Meltzer generating some of the longest lines. (Even this usually jaded reporter was thrilled to stumble upon Neal Stephenson autographing galleys of his new novel, "Anathem," in the William Morrow booth.)

In unguarded moments, however, publishers complained that they received more pitches than they had a chance to deliver. "It's relentless," one sales rep sighed at a party for Connelly in L.A.'s Union Station. "Every time you turn around, someone's shoving a manuscript into your hands. I keep telling them I'm not an editor, but they don't seem to understand the difference." Aspiring writers planted themselves in autograph lines in a bid to pass unpublished manuscripts to established authors or to beg celebrities to plug their book on TV. (Apparently, all those Americans who claim to be too busy to buy or read books can still find plenty of time to write them.)

Of course, book publishing has always been a rather gloomy profession, predicting its own demise for as long as anyone can remember. This outlook may, for a change, put it in tune with the rest of the nation -- but not for long, if one author's predictions come true. The celebrated novelist Ethan Canin, at the expo to promote his new book, "America America," believes the staggering economy will foster interest in books. "Movies cost half as much, but books last five times as long, so they're a bargain," he said. "I think this could be good for everyone, in a way. What with the price of gas, everyone I know is riding bicycles more, and even the teenagers I know are backing away from Facebook and MySpace and all that stuff, saying they want something more substantial. Who knows? This recession could be a blessing in disguise for books and for people in general."