Report: Clinton to drop out Friday

According to multiple outlets, Hillary Clinton will be holding an event with supporters at which she'll announce her exit from the race for the presidency. 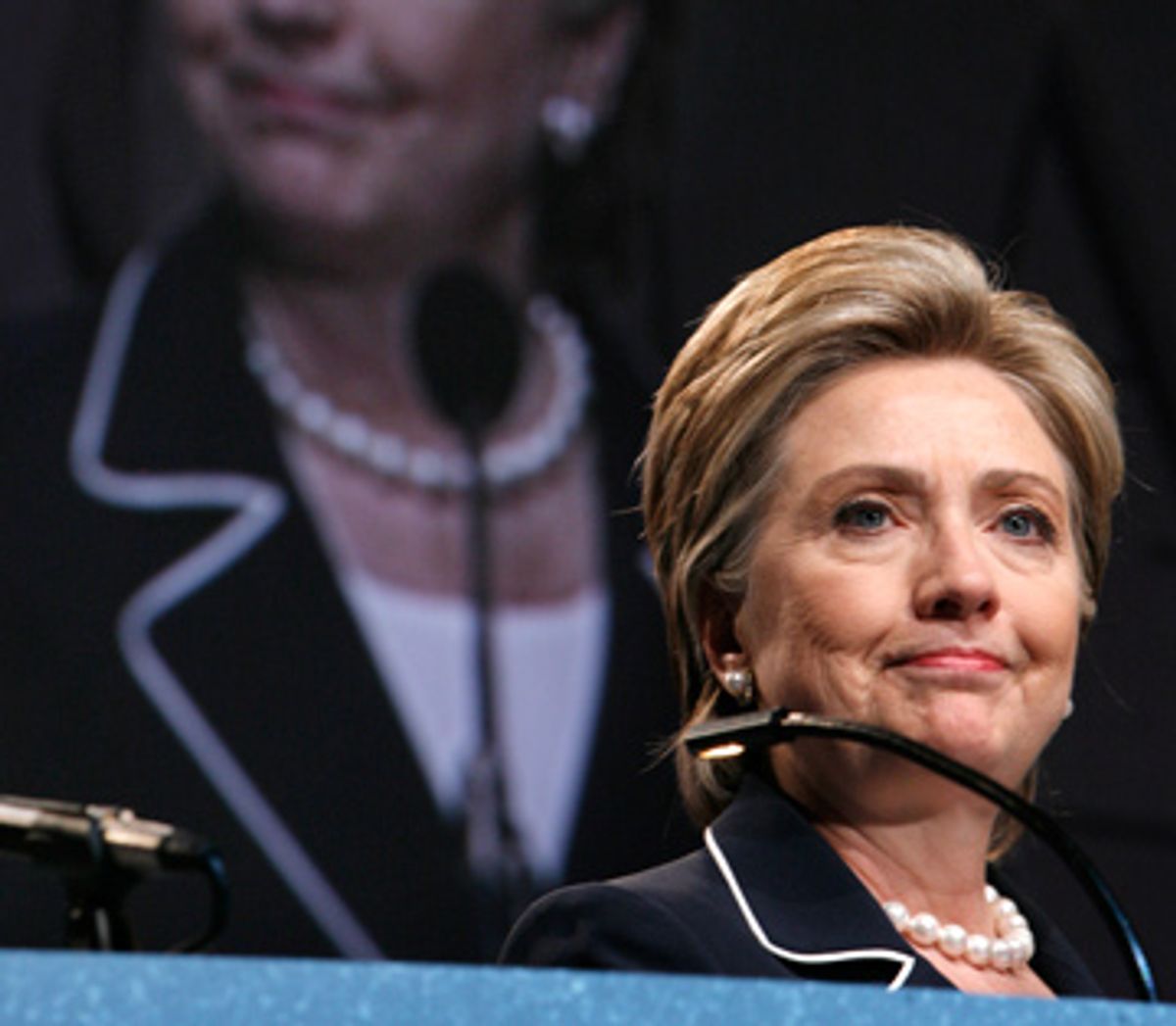 ABC News is reporting that Hillary Clinton has made her decision about dropping out of the race for the Democratic presidential nomination, and that she will make the official announcement on Friday.

The network reported earlier that Clinton visited her campaign headquarters in Arlington, Virginia on Wednesday in order to say goodbye to staff, most of whom were told they did not need to report for work after Friday, according to ABC.

Update: There's now been confirmation of the story from other outlets. The New York Times' Adam Nagourney reports:


Senator Hillary Rodham Clinton is moving to suspend her campaign and endorse Senator Barack Obama on Friday after Democratic members of Congress urged her Wednesday to leave the race and allow the party to coalesce around Mr. Obama, according to a senior adviser to Mrs. Clinton.

Mrs. Clinton is likely to make the announcement in New York City, an aide said, though no final venue has been chosen.

Politico's Ben Smith says he too has confirmation of the report, from an unidentified "senior source in Clinton's camp."

Interestingly, ABC News was quick to walk back its own language to make it a little less definitive just after it broke the news. The network's story, which originally definitively asserted that Clinton would drop out, has been updated more than once. It now reads:


ABC News has learned Sen. Hillary Clinton told supporters on a conference call Wednesday that she will appear alongside her supporters on Friday. All indications are that Clinton will concede her presidential race there, two Democratic sources tell ABC News' Kate Snow.