Arming our own enemies in Iraq

Bush officials claim that Iran has supplied grenade launchers to Iraqi militants -- but the real source of the weapons is U.S. negligence. 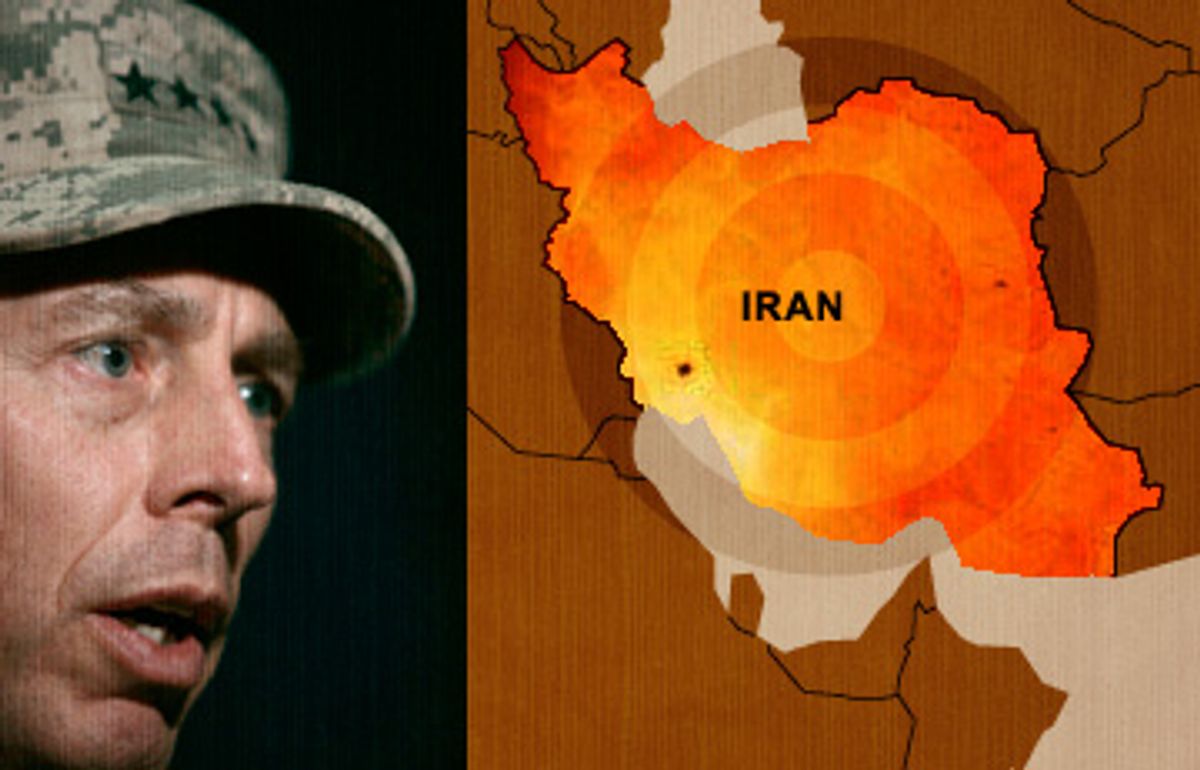 In recent months, Gen. David Petraeus charged that Iran has supplied powerful rocket-propelled grenade launchers to Shiite militias in Iraq. But according to the U.S. government's own reports, there is no evidence to support that charge. In fact, the vast majority of RPGs in the hands of Shiite militants have come from either U.S.-purchased weapons intended for Iraq's new security forces, or from Saddam Hussein's old stockpiles, which the U.S. failed to secure when it took control of the country.

The Bush administration has long sought to create the impression that Iran has been playing a major military role in Iraq by supplying arms to Shiite militias, including the cleric Muqtada al-Sadr's powerful Mahdi army. But to date, U.S. military officials have offered scant or even dubious evidence of Iranian military involvement in Iraq -- and Petraeus' allegation about the RPGs is a clear-cut case of unsubstantiated charges.

Last October, and again in late December, Petraeus stated emphatically there was "absolutely no question" that Iran provided RPG-29s, a sophisticated anti-tank weapon, to Iraqi Shiite militiamen. He even called the RPG-29 an Iranian "signature weapon."

What Petraeus failed to mention, however, is that RPG-29s are manufactured by Russia, not Iran, and those that have shown up in Iraq apparently came from Syria. The Syrian government bought large numbers of RPG-29s from Russia in 1999 and 2000, many of which ended up being used by Hezbollah in the war against Israel in 2006, according to Israeli and Lebanese media reports. Even some U.S. military officials were quoted in the media in May 2006 as saying that they believed RPG-29s had been smuggled into Iraq from Syria.

Moreover, as Air Force Col. Scott Maw of the Multi-National Force Iraq (MNF-I) Strategic Communications Office told me in a telephone interview last week, "very few" RPG-29s have actually been found in Iraq. An examination of U.S. military press releases on weapons caches found in Shiite areas reveals no mention of RPG-29s. Additionally, the U.S. military has never displayed a captured one to reporters.

In a highly publicized February 2007 slide show, U.S. military briefers did include a picture of what was identified as a round to be fired by an Iranian-made RPG-7AT-1 launcher, a less advanced weapon than the RPG-29, although it did not depict the launcher itself. But the U.S. military has found no evidence of an Iranian pipeline of RPG-7s to Iraqi Shiite militants, either.

In more than two dozen MNF-I news releases on Iraqi Shiite weapons since early 2007, more than 200 RPGs are listed. Not a single one was identified as Iranian-made. That was not because of a lack of effort by the U.S. military, however, to determine whether captured weapons were of Iranian origin. Lt. Col. Steve Stover, the spokesman for the 4th Infantry Division, which is deployed in and around Baghdad, confirmed that explosives experts examine the findings at each cache site to determine the origin of the weapons. "Normally we say whether they are Iranian-manufactured or not," Stover said in a telephone interview.

Col. Maw said that the number of these weapons found in militants' possession is rising rapidly -- now more than 400 -- due to many discoveries being made by Iraqi Security Forces in recent months. "Very few of them are of recent manufacture," he said, suggesting that they came from Saddam Hussein's old stockpiles.

The U.S. command is so eager to highlight any weapons that can be linked to Iran that one MNF-I press release from last September singled out the discovery of four Iranian hand grenades. But that find hardly supported the Iranian-weapons narrative, because the grenades were found in an area frequented by Sunni militants associated with al-Qaida. (There is no reason to believe that Iran would arm extremist Sunni fighters, who consider both Iran and the Shiites as their arch enemies.)

In the early stages of the war, when the Bush administration was being criticized for its failure to prevent the looting of the Saddam Hussein regime's arms depots, Bush officials downplayed the importance of the weapons that disappeared. In October 2004, an unnamed senior administration official was quoted by CNN as saying that the weapons were "stuff you can buy anywhere."

Among the pilfered Iraqi weapons were thousands of RPG-7s, which soon turned up on Iraq's thriving black market. Malcolm Nance, an Arabic-speaking 20-year veteran of military and civilian U.S. intelligence, recalls being offered more than 20 RPG-7 rocket launchers and dozens of RPG rounds in a single trip to an arms bazaar in Sadr City in September 2003. According to Nance, RPG-7s were also on sale in black markets at another location in Baghdad and in at least seven other Iraqi cities.

In a telephone interview, Nance, who is now a counterterrorism consultant to Homeland Security and the Army's Special Operations Command, among other government agencies, recalled that the Iraqi RPG-7s were "so ubiquitous" that they were selling for a mere $50 each for the launcher and $5 each for an RPG missile.

Sunni fighters got large numbers of Saddam's RPG-7 stocks, as discovered by U.S. troops who were frequently attacked by them in the early stages of the insurgency. But the Mahdi army has also been able to purchase them easily over the past four years.

Equally troubling is the near certainty that Soviet-made RPGs purchased by the Pentagon in 2004 and turned over to Iraq's Ministry of Interior have fallen into the hands of the Mahdi army. Beginning in 2004, the Pentagon sent at least 7,500 Soviet-made RPG-7s and 4,500 Soviet-made under-barrel grenade launchers to Baghdad to be distributed to Iraqi Security Forces, along with hundreds of thousands of sidearms, according to a September 2007 report by the Special Inspector General for Iraq Reconstruction. U.S. authorities hired civilian contractors to distribute the U.S.-purchased weapons, but had no system to account for them once they left U.S.-controlled warehouses in Iraq. As the New York Times reported last November, the Iraqi businessman contracted to distribute Pentagon-funded weapons from one depot was widely known to be stealing them from the warehouse by the truckload.

Only 499 of the 2,389 Soviet-made RPGs that were provided to the new Iraqi security forces could actually be accounted for through serial numbers, according to a report by the Defense Department Inspector General's Office in November -- and that was because they were still in the warehouse. No one knows how many of the other 1,900 RPGs entered the Iraqi arms market. Inspector General Claude Kicklighter told the Senate Appropriations Committee in March that there is an ongoing investigation into "pilferage of storage facilities" for the arms in Baghdad.

The Mahdi army had abundant opportunities to gain access to the U.S.-supplied weapons. During 2005 and 2006, the Shiite militants successfully infiltrated the Iraqi police as well as parts of the Iraqi military and government. The police in Sadr City were effectively controlled by the Mahdi army, and the militants had also penetrated several Iraqi army units stationed there. In Basra, the Mahdi army was part of a consortium of Shiite militias that used their control over a key police office to get access to various kinds of weapons.

The military official responsible for the decision to rush ahead with massive arms transfers to the Iraqi Security Forces in 2004 and 2005 -- despite the absence of a dependable tracking system and the wide reach of the Shiite militias -- was the man in charge of training and equipping those Iraqi forces: Gen. David Petraeus.