We present you with the world's most yonic building. 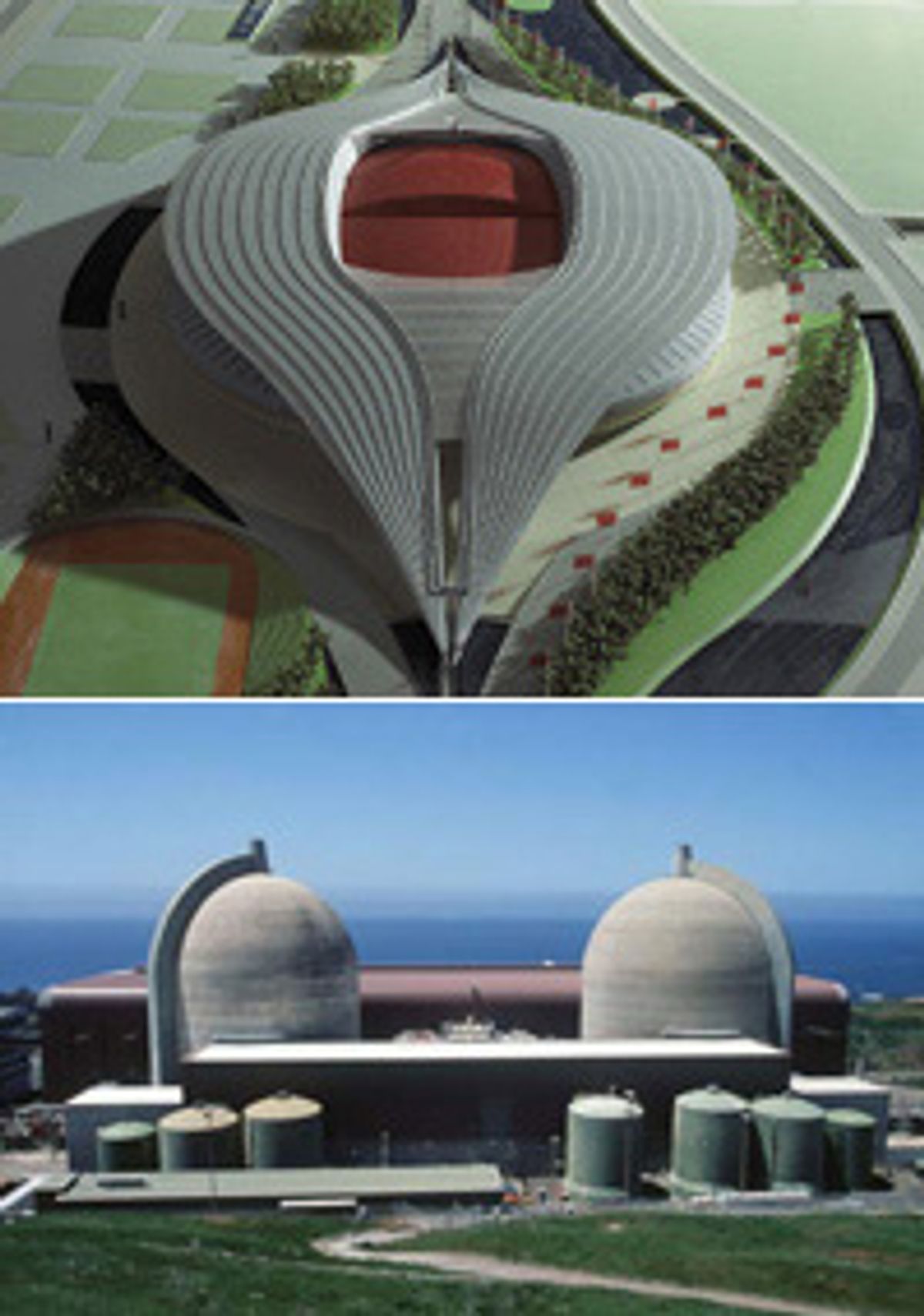 Thank you very, very much to all the readers who answered my call for submissions for Salon's first-ever "Most Yonic Building in the World" contest. After checking out all your submissions, I present you with the winner: The proposed Olympic stadium for the 2008 Summer Olympics in Beijing (top left). Dear lord. It goes particularly nicely with the Diablo Canyon Nuclear Power Plant in San Luis Obispo (bottom left). Not yonic, per se, but certainly complementary.

For purists who want buildings that actually exist (the Olympic vulva was ditched for a structure that looks like a bird's nest), the runner-up is Dallas' Chase Tower, which manages to evoke a penis and a vagina at the same time. (I said it before, but I'll say it again -- the Cathedral of Christ the Light is also a strong contender.)

Again, thanks to all who sent in submissions. And a special shout-out to the readers who translated the entire article about the giant vulva bicycle taxi for us from Finnish. That's way above the call of duty -- especially if you were looking at that thing at the office.