The ruling, decided by a 5-4 vote, is the third time the court has ruled against the Bush administration in a case involving the detainees. 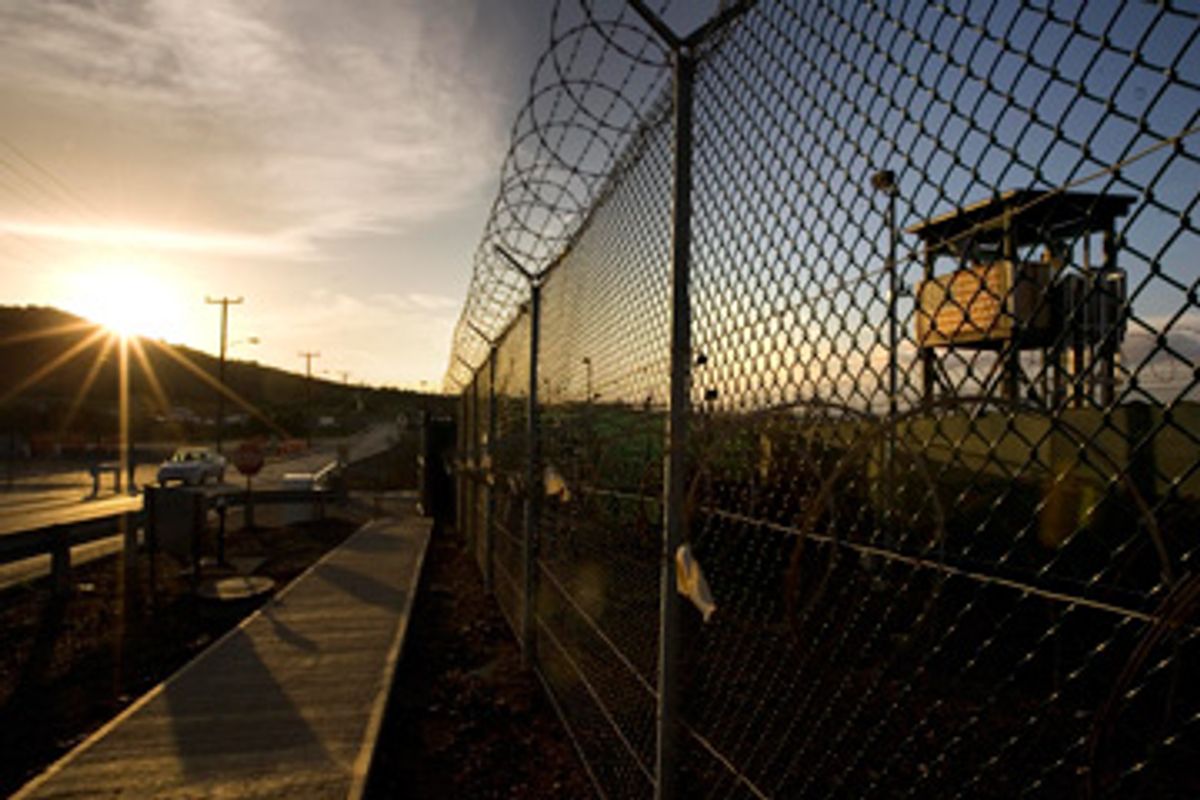 In a 5-4 decision, the Supreme Court ruled Thursday that detainees held at Guantánamo Bay have the right to challenge their detention in U.S. civilian courts.

This is the third time that the court has ruled this way in a case about the legal rights of Guantánamo detainees; each ruling was a setback for the Bush administration. After the two previous rulings, Congress and the administration instituted new procedures for the trial of detainees, but this latest ruling says the current iteration of those procedures is inadequate.

Justice Anthony Kennedy wrote the majority opinion, and was joined in the decision by Justices Stephen Breyer, Ruth Bader Ginsburg, David Souter and John Paul Stevens. "The laws and Constitution are designed to survive, and remain in force, in extraordinary times," Kennedy wrote.