In Salman Rushdie's satisfying fairy tale "The Enchantress of Florence," magic and history entwine -- and so do a middle-aged emperor and a sexy princess. 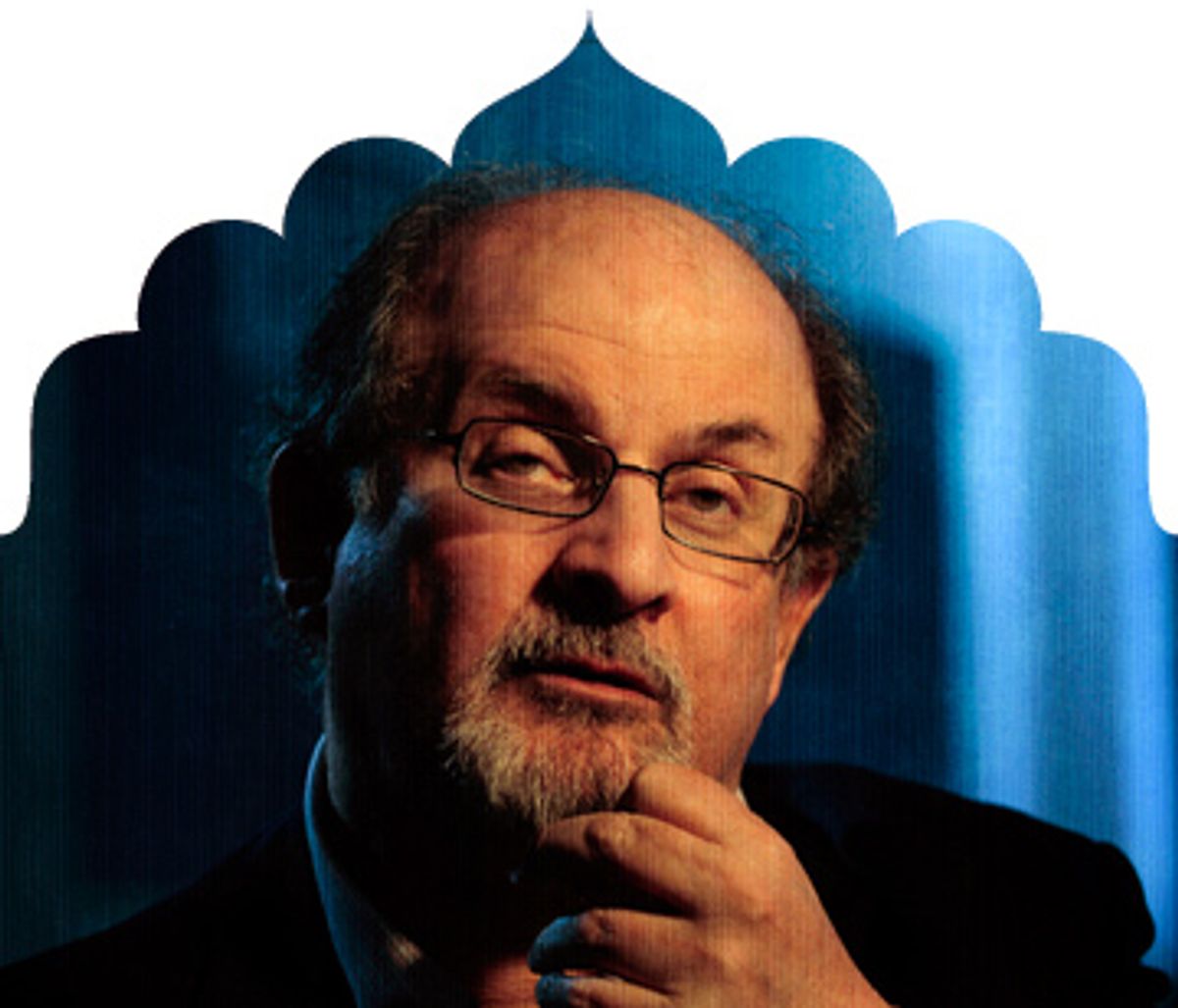 The bibliography at the back of Salman Rushdie's new novel, "The Enchantress of Florence." is daunting, citing 100-odd works of history and literature pertaining to Renaissance Italy and Central Asia, where the story is set. Despite this florid display of research, the novel isn't some weighty historical fiction crammed with facts and exposition. Instead it takes its cue from two titles that come near the top of that list: Ludovico Ariosto's "Orlando Furioso" and Matteo Boiardo's "Orlando Innamorato,"16th century Italian romantic epics that resemble fairy tales on steroids. These are vast, action-packed yarns full of sorcerers and mythical beasts, fantastical journeys and enchanted castles, brave knights and the distressed damsels they love and rescue. Like the Italian romances, Rushdie's novel takes place in a semi-legendary version of the real world, where magic and history intertwine, and despite its battles and its worldly ruminations on such topics as religious conflict and the proper exercise of power, the predominant theme is love.

"The Enchantress of Florence" is mostly set in the fabled city of Sikri, built by the Mughal emperor Akbar the Great in northern India in 1571. Akbar presided over a Muslim civilization of exceptional intellectual and cultural sophistication in the late 1500s. Akbar's Sikri is, for Rushdie, India's parallel to Florence, the Italian city-state where classical humanism was reborn and ruthless political intriguing prevailed. A yellow-haired foreigner arrives in Sikri professing to be the son of the potentate's long-lost great aunt, Qara Köz ("Black Eyes"), a "hidden princess" whose name was erased from Mughal history when she chose to marry the king of Persia.

Reasons for mistrusting the foreigner abound: Foremost among them is the fact that he is younger than the emperor, yet claims to be his uncle. The stranger goes by several patently assumed names and is accused of stealing a diplomatic letter from Queen Elizabeth I of England after poisoning the letter's official bearer with opium. But his story of the hidden princess checks out (according to the emperor's mother, who's been carrying the secret for years), and the stranger is handsome, forthright and gifted. Besides, he seems to want nothing more than to tell his mother's story, and -- like the wife-killing king in "The Arabian Nights," beguiled into mercy by the tales of Scheherazade -- the emperor soon finds himself charmed by his visitor and hooked on the yarn.

This is the most assured Rushdie novel in many years, largely because it transpires entirely within the never-land of endlessly multiplying stories that he rightly regards as his imaginative home. Even the (on-balance) successful "Shalimar the Clown" had several dreadful sections set in Los Angeles -- garish and rickety, as are most of Rushdie's attempts to write about contemporary life. His is an art of lavish, brocaded surfaces and minimal psychological depth. His best books keep perhaps one toe in the novel, while otherwise wandering freely through more venerable narrative genres: folklore, saga and romance. Besides Ariosto and "The Arabian Nights," another influence Rushdie tips his hat to in "The Enchantress of Florence" is the vast Indian oral tradition surrounding Hamza, an uncle of the prophet Mohammed and the hero of countless popular tales.

Qara Köz is the unifying element in all of this novel's tales; after running through a couple of Central Asian monarchs she winds up living in Florence, under the name Angelica (a name she shares with the pagan heroine of the Orlando romances), as the consort of a Florentine mercenary who made his fortune fighting for the Ottoman Turks. Reputed to be a witch, she may simply possess immense personal charisma and a comprehensive knowledge of toxicology. Whatever the source of her powers, her enemies have a tendency to sicken precipitously and her beauty is such that all manner of hardened men are reduced to stammering schoolboys in her presence.

Rushdie apparently wants us to think of Qara Köz as "a woman who had forged her own life, beyond convention, by the force of her will alone, a woman like a king," and to regard her as the book's heroine. However, this "forging" largely consists of attaching herself to the most powerful man around ("the young lady had a weakness for being on the winning side," her putative son remarks); Qara Köz is no Elizabeth or Joan of Arc. She is, first and foremost, an object of erotic delirium, the most resplendent in a series of imaginary women who turn the novel's male characters into besotted saps.

Akbar is the real protagonist of the book, a middle-aged man just a shade past his peak, prone to the rueful contemplation of his life's paradoxes: the absurdity and seeming necessity of religious faith, the allure and menace of Florentine humanism, the ambitious son he loves and fears, the contradictions embodied in the notion of a benign dictatorship. Part philosopher king, part horny adolescent, Akbar has dreamed up the perfect wife -- despite the numerous flesh-and-blood lovelies on offer in his harem -- and so great is the power of his fantasy that this "nonexistent beloved" becomes a palpable phantom, visible to other residents of the palace and capable of satisfying his every desire. The only woman who can rival her is, of course, Qara Köz, who becomes the obsession not only of the emperor but of the entire city of Sikri, until she, too, is conjured (or resurrected) into semi-existence.

Whether any of this constitutes what a grown-up would call "love" is perhaps beside the point. You might as well ask how Snow White's Prince Charming could fall in love with a woman who was fast asleep. The dreamy spell of "The Enchantress of Florence" -- never entirely broken despite occasional appearances by Machiavelli (a boyhood friend of Qara Köz's mercenary lover) and frequent recapitulations of the bitter Florentine's philosophy of realpolitik -- covers the novel's events in a glamorous haze. Rushdie has (finally!) unlearned his terrible habit of spoiling his own stories with excessive foreshadowing, and this book glides along deliciously, as some of his earlier efforts have not. A story, the author whispers, can ensnare the heart, stop time, transform the mundane into the marvelous. "Witchcraft requires no potions, familiar spirits or magic wands," Akbar learns. "Language upon a silvered tongue affords enchantment enough."