Ardor in the court, Part 2

Salon reported on an alleged affair between judge and prosecutor in a Texas murder trial. Now, days before Charles Hood's scheduled execution, his lawyers make the allegation in court papers. 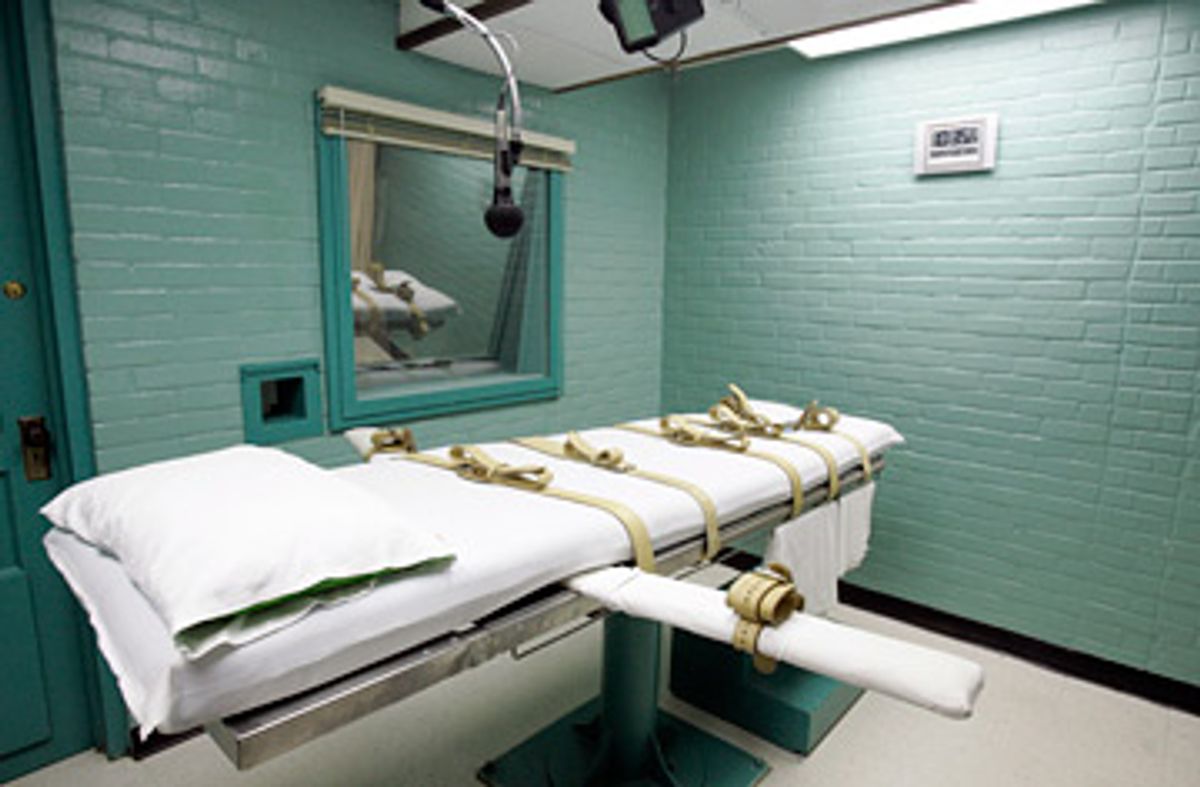 Rarely in the annals of criminal justice does a conflict of interest get more sordid or have greater consequences than this. Charles Dean Hood is scheduled to be executed in Texas on Tuesday morning. In 1990, when he was on trial for capital murder in the Dallas suburbs, the presiding judge who imposed that death sentence and the local prosecutor who was trying to have Hood put to death had been involved in a "long-term intimate relationship."

That's according to papers filed by Hood's attorneys in two Texas courts Thursday. Hood's lawyers allege that Texas state court Judge Verla Sue Holland had a "personal and direct interest in the outcome of the case," and was disqualified from trying the case under the Texas Constitution because of her ongoing affair with Collin County District Attorney Tom O'Connell. Hood's lawyers are seeking a stay of execution and the reversal of his conviction and death sentence.

Allegations that Judge Holland and District Attorney O'Connell were romantically involved when Holland presided over the murder case prosecuted by O'Connell were first reported in Salon in June 2005. But yesterday's petition, which cites the original Salon report, marks the first time Hood's lawyers have taken the matter to court. The "wall of silence that has long protected Judge Holland must now come down," the lawyers argue in their filing.

Hood's claims rely in part on Matthew Goeller, who was an assistant district attorney in O'Connell's office at the time of Hood's conviction. Goeller signed an affidavit earlier this month, nearly 18 years after Hood's conviction, stating that "it was common knowledge in the District Attorney's Office, and the Collin County Bar, in general," that O'Connell and Holland "had a romantic relationship." According to Goeller, "This relationship ... was in existence in 1987 when I joined the District Attorney's Office, and continued until approximately 1993."

Neither the judge nor the prosecutor has publicly confirmed or denied the relationship. Neither returned phone calls yesterday. Asked about the case and any such relationship in 2005, Holland told Salon it would be "unethical to comment" about a pending case and refused comment on her personal ties with O'Connell.

Hood, 38, was sentenced to death in August 1990 for the 1989 murder of Ronald Williamson, 46, and Williamson's girlfriend, Tracie Wallace, 26. Hood had worked as Williamson's bodyguard and was living with him and Wallace at the time of the murders. The victims were found in Williamson's house.

O'Connell and Assistant District Attorney John Schomburger prosecuted Hood. O'Connell delivered closing arguments in the penalty phase of the trial at which he asked the jury to sentence Hood to death. The jury sentenced him to death, a sentence imposed by Judge Holland the following day, as required by Texas law. Schomburger also did not respond to a request for comment.

Lawyers for Hood admit they cannot prove that Judge Holland and D.A. O'Connell were having an affair, but they believe the law and the Texas Constitution oblige the courts to investigate the matter. "It's clear the parties did not want to make the affair public and they took steps at the time and now to keep it private," said Gregory W. Wiercioch, one of Hood's attorneys, insisting that Judge Holland was disqualified from hearing the case and that her judgment therefore has no authority. Wiercioch, an attorney with the private, nonprofit Texas Defender Service, a law firm that represents indigent capital defendants in Texas, says the courts should ask O'Connell and Holland to confirm or deny the relationship, arguing that asking Hood to offer concrete proof of a private affair is unreasonable.

The Texas Constitution bars a judge from sitting in a case "where either of the parties may be connected with the judge, either by affinity or consanguinity." As district attorney, O'Connell represented the State of Texas, the party seeking to execute Hood. The constitution further states that "Public policy demands that the judge who sits in a case act with absolute impartiality. Beyond the demand that a judge be impartial, however, is the requirement that a judge appear to be impartial so that no doubts or suspicions exist as to the fairness or integrity of the court."

Earlier this week, Ray Wheless, a Collin County judge who previously argued cases before Judge Holland, told Salon that he had asked Judge Holland to recuse herself in a family law case in 1987 in which O'Connell was representing one of the parties and Wheless the other. Wheless said there was "a lot of speculation about that relationship" and "a long history of them being close friends." Wheless' recusal motion makes no mention of a romantic relationship, but notes that O'Connell represented Holland's sister in a divorce matter, and that "Judge Holland was previously employed by Tom O'Connell as an assistant district attorney." Wheless argued that both the attorney-client relationship and the employer-employee relationship created potential conflicts of interest.

Hood's original attorney, David K. Haynes, also signed an affidavit filed yesterday stating that he was "aware of rumors concerning a romantic relationship" at the time of the trial. But Haynes never mentioned the matter when his client was facing a death sentence.

Court records show that Holland presided over at least six other cases argued by O'Connell during the six-year period in which Goeller says they were romantically involved, and numerous other cases before and after. Were a court to overrule Hood's conviction based on a finding that Judge Holland had compromised her office, judgments in all of these cases could be called into question.

Judge Holland served on the state district court from 1981 through 1996 and then on the Texas Court of Criminal Appeals (CCA) until 2001. Hood's lawyers filed their motions in both courts. Seven of the nine judges now on the CCA served with Holland. O'Connell retired from the prosecutor's office in 2001 and practices law in Plano.

Hood's lawyers also filed a petition with Texas Gov. Rick Perry, seeking a 30-day reprieve so that the new evidence can be considered by the courts.