Remembering one of Hollywood's most elegant dancers. 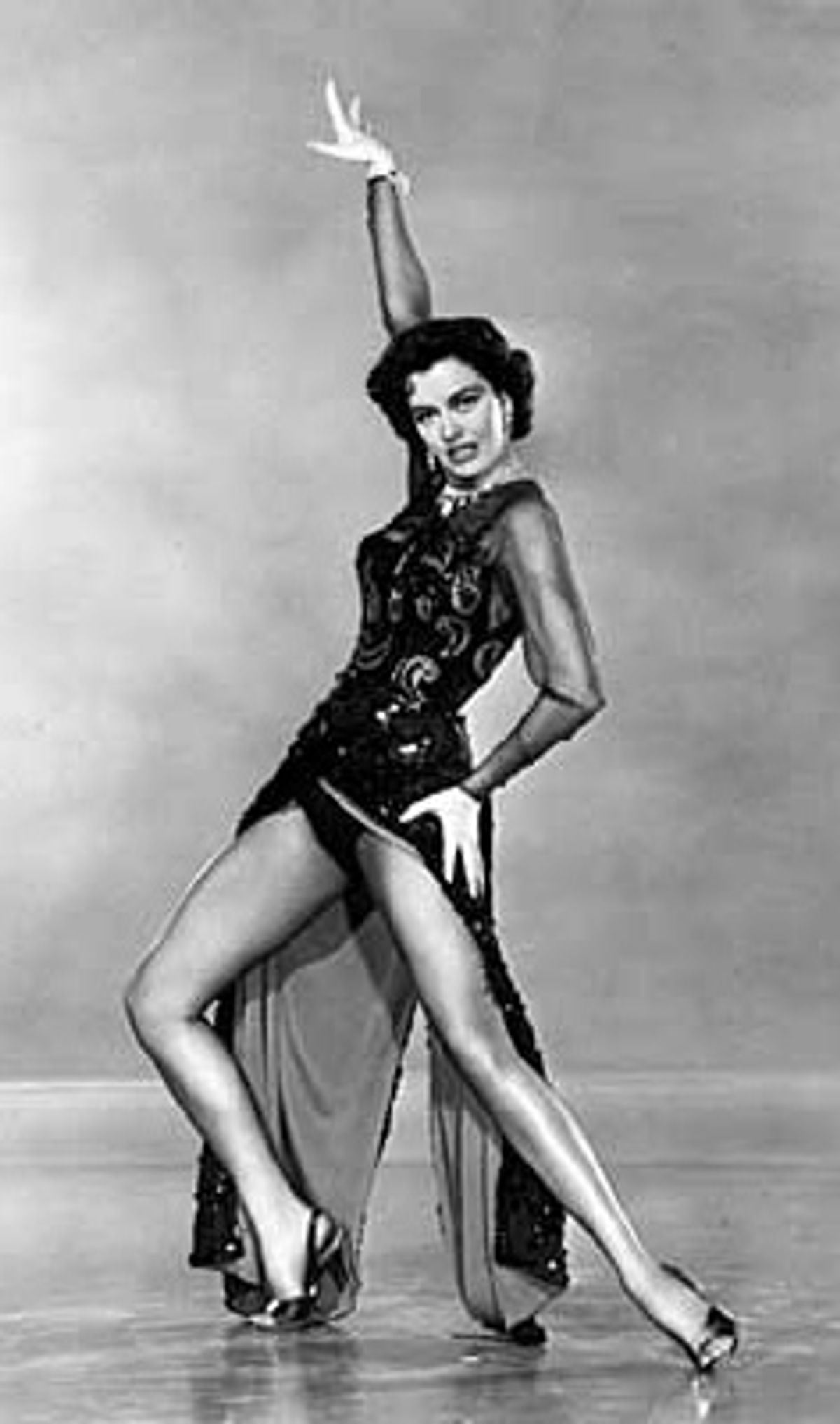 Fred Astaire called Cyd Charisse, who died of an apparent heart attack Tuesday at 86, "beautiful dynamite." All I could articulate when I first watched her dance was "wow." It's been more than a decade since that moment, her unforgettable turn with Gene Kelly in "Singin' in the Rain," but the scene lives on in Technicolor for me -- that slinky green dress sashaying across her thighs, her sly, elegant twirls and kicks. She was, after all, a woman so anatomically gifted that a tribute site to her is simply called Legs. How anyone can watch "Singin' in the Rain's" billowing, over-the-top fantasy sequence and not be seduced by the woman is beyond me. Forget all that two-step/cha-cha "Dancing With the Stars" nonsense. This is what real dancing is about. Charisse went on to grace other musicals, including "Band Wagon" (which she starred in alongside Astaire), and while I could drop some glittering verbiage about her talent and glamour and grace, you could also just watch this. Yowzah: