A celebration of the 5-foot-8, 300-pound model who is anything but "the staid, asexual, catalogue, muumuu chick." 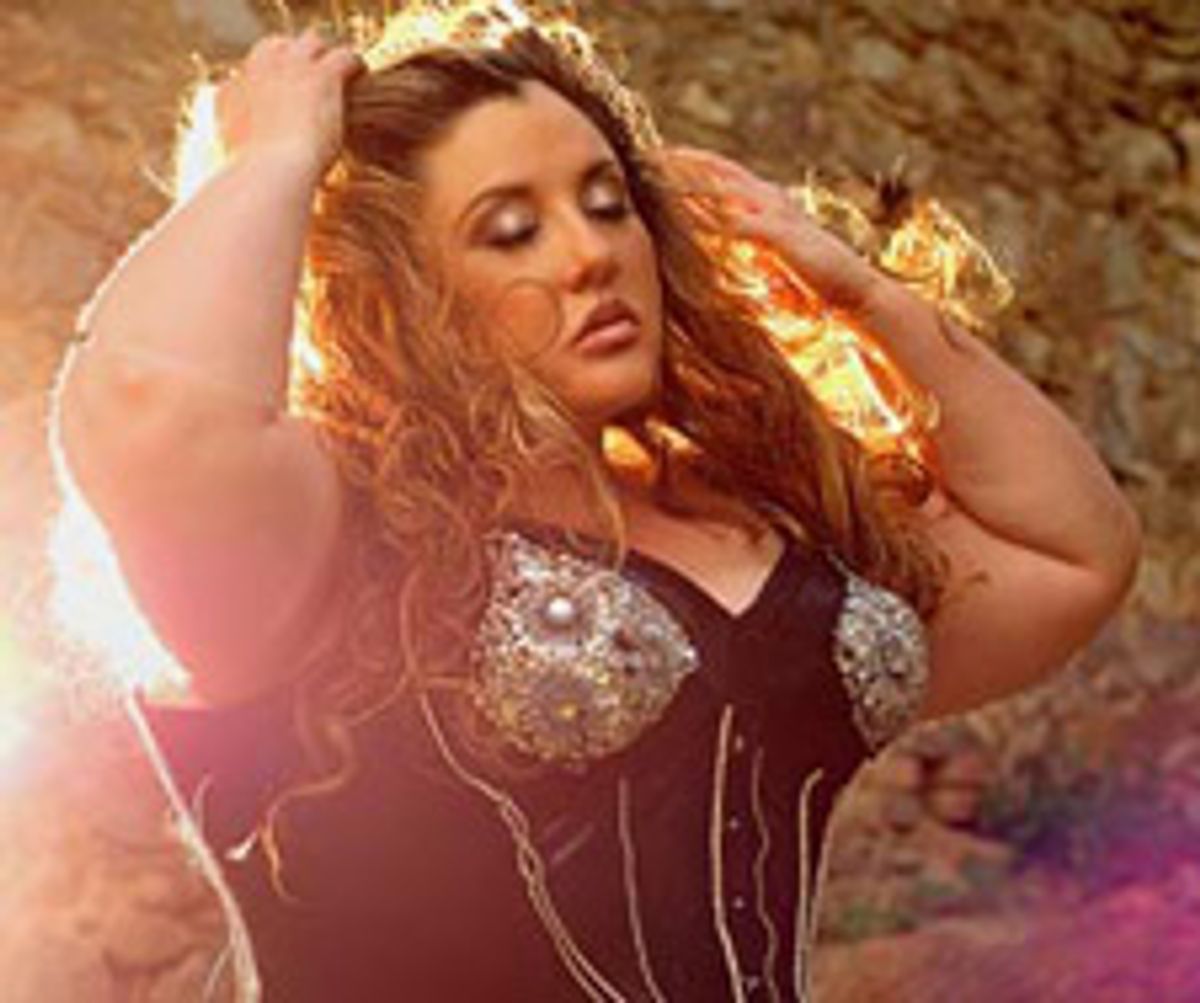 If you've heard of Velvet d'Amour, it was probably when she walked the runway for Jean-Paul Gaultier in 2006, wearing a black corset, thigh-high stockings and a negligee on her 5-foot-8, 300-pound frame. While this was big news around the world -- even most "plus-size" models are much, much smaller than that -- for Velvet, it was old hat. She'd already walked for John Galliano a year earlier, appeared in Paris Vogue and music videos and starred in the film "Avida" -- accomplishments notable not just because of her size but because she was in her late 30s when her career on that side of the camera (she was previously a fashion photographer) began.

This interview with Velvet reminded me just how much I love her and her mission to diversify media images of beauty. For starters, she won't take roles or assignments intended to mock fat people (which seriously limits her options), even if some people still read the end result that way. (On her Gaultier appearance, she wisely notes, "There were some who viewed my appearance as 'farcical,' or token, but when would any appearance of a genuinely fat person NOT be viewed as such?") And as to the question she's inevitably asked -- but aren't you promoting an unhealthy lifestyle? -- she points out not only that you can't tell anything about a person's lifestyle just by looking at her but also that she personally eschews the drugs, booze and cigarettes that make up the bulk of many "healthy-looking" models' diets. ("It's clear that people know that fat is unhealthy. However they don't seem to get that what's humorous about that whole argument is just the fact that every day we are inundated with images of Lindsay Lohan, Britney Spears, Kate Moss, Paris Hilton, Nicole Richie, etc. ...")

As if all that didn't get me swoony enough, she also calls bullshit on the idea that shaming fat people has anything to do with making them "healthier." "If you feel good about yourself, then you're more apt to take care of yourself ... I mean I've been called a whale at a swimming pool. I'm very confident in my body and I know that I'm not going to stop myself from getting exercise by virtue of someone putting me down. But I know that there are tons of women who would never go back to that swimming pool. And so if you maintain this prejudice that's so blatant towards fat people, if the real goal is for everyone to be healthy, then certainly you're not going to get that way by maintaining this exclusion of fat people who do exist in society." Oh, hell yes, Velvet. It never ceases to amaze me that the very same people who rail about sedentary fatties will then turn around and snicker at a larger woman wearing spandex at the gym. As Marilyn Wann puts it: "You can't hate people for their own good." Rock on with your crusade to challenge people's limited notions of beauty and do away with "the staid, asexual, catalogue, muumuu chick," Ms. d'Amour. This fashion-loving fat girl could not adore you more.