Sebastian Barry may be the most exhilarating prose stylist in Irish fiction. His new book weaves together strands from Ireland's past -- and his own. 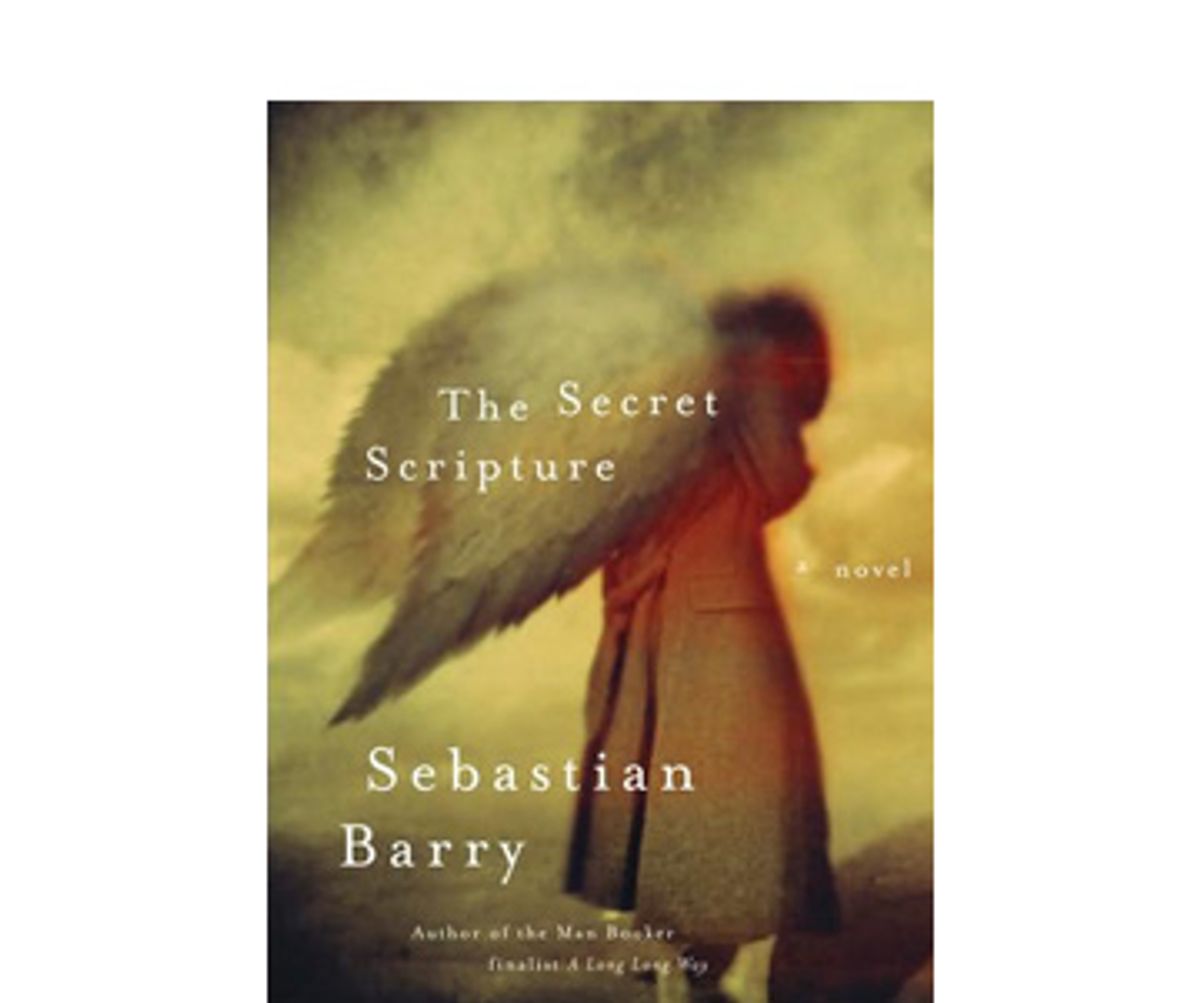 Vladimir Nabokov once complained that English translations of his favorite Russian writer were so flat and colorless that "None but an Irishman should ever try tackling Gogol." I'd nominate Sebastian Barry, the most exhilarating prose stylist in Irish fiction -- which just about makes him, by definition, the best prose writer in the English language.

Barry has shown a dazzling facility with poetry, drama and fiction -- his works form a mosaic-like whole, though each stands on its own. He never uses a fancy word when a simple one will do; his characters speak a plain vocabulary, but in cadences tempered and honed into poetry. Roseanne McNulty, his heroine in his new novel, "The Secret Scripture," tells us: "I am completely alone. There is no one in the world that knows me now outside of this place, all my own people, the few farthings of them that once were, my little wren of a mother ... they are all gone now." Roseanne, who has been hiding her memoirs under a floorboard at the Rosscommon Regional Mental Hospital for more than half a century, regards herself as "a thing left over ... a scraggy stretch of skin and bone in a bleak skirt and blouse, and a canvas jacket, and I sit here in my niche like a songless robin -- no, like a mouse that died under the hearth stone where it was warm, and lies now like a mummy in the pyramids ... No one even knows I have a story."

The characters in Barry's works are connected by blood or marriage, including Roseanne, who is an outsider, one of the forgotten people whose life was assigned by fate to a lost corner of history. The central figure in their world is Thomas Dunne, from the play "The Steward of Christendom," a former senior officer in the Dublin police who faithfully served the British Crown for years, ending his days in the alien world of post-revolutionary Ireland. In the novel "A Long Long Way," Dunne's son Willie goes off to fight in World War I holding England and Ireland equally in his heart, only to find himself a man without a country. In the novel "Annie Dunne," Willie's sister, isolated on a small farm, laments, "The world of my youth is wiped away, as if it were only a stain on a more permanent fabric."

Then there is Roseanne, whose child is fathered by a former officer in Thomas Dunne's police force, the title character in Barry's acclaimed 1998 novel "The Whereabouts of Eneas McNulty." Born of Protestant parents and raised, like Yeats, in Sligo, Roseanne's childhood is idyllic. Her mother, who dies young, was "a lost shilling on a floor of mud, glistening in some despair. A more beautiful girl Sligo never saw." Her father "was the cleanest man in all the Christian world, all Sligo, anyhow." A respected cemetery caretaker, he sang songs like "I Dreamt That I Dwelt in Marble Halls" and told stories that "Keeps him even now alive in me, like a second more patient and more pleasing soul within my poor soul."

The Irish Civil War sweeps over their lives like an evil fog. "It is no small thing," Roseanne notes, "to shoot a person. Yet in those days it seemed to be considered a thing of small account." A gunman seeking burial for his dead brother triggers a chain of events that leads to her father's death and eventually poisons her happy marriage to Tom McNulty, Eneas' brother. (I'm not revealing any plot elements here that haven't already been mentioned in "The Whereabouts of Eneas McNulty.") An unholy alliance of revolutionary politics and the Catholic Church condemns her to life in the asylum, where her story is uncovered by a psychiatrist, Dr. Grene.

"The Secret Scripture" reads, at times, like a play utilizing the familiar device of patient and psychiatrist, and one wonders if Barry didn't first consider the material as a drama. The novel, perhaps a tad more complex than it needs to be, is composed of three contrapuntal parts: Roseanne's memories, Dr. Grene's observations, and their conversations. Each strain has its own peculiar tone, which unfortunately leads to the book's only major flaw: though he becomes obsessed with her story, Dr. Grene's voice can't possibly grip our imagination like Roseanne's, whose recollections are laced with poetic fragments of things sometimes only dimly remembered. (She recalls German bombers raiding Belfast in World War II as flying from the west -- surely a mistake unless the Luftwaffe had an unknown base in Iceland.)

The subjective nature of memory and how it shapes our perception of the past are two of Barry's major themes. Though he does not acknowledge it, "The Secret Scripture's" title almost certainly derives from a poem by Thomas Kettle, an Irish poet and patriot who, like the fictional Willie Dunne, was killed in World War I. Shortly before his death, Kettle wrote in "To My Daughter Betty," that he fought "For a dream born in a herdsman's shed, And for the secret Scripture of the poor." (The verse is inscribed on a memorial to Kettle in St. Stephen's Green.)

The phrase serves as a skeleton key not merely for this novel but for all of Barry's work. The Irish Revolution and Civil War make up a backdrop for modern Irish writers as surely as the Civil War did for Faulkner. Though the Irish would surely like to believe otherwise, the past, for them as for Faulkner's generations, "is not dead. It is not even past." Barry has indicated in interviews that his ancestors were on the side of those loyal to the British -- one of them was even named Thomas Dunne -- but his work has little to do with actual politics. He isn't interested in which side was right or wrong but in how the lives of people were affected by events and how unrighted wrongs continue to live on, haunting the lives of those who follow. "I do remember terrible dark things," Roseanne writes, "and loss, and noise, but it is like one of those terrible dark pictures that hang in churches, God knows why, because you cannot see a thing in them." The revelation of one of those dark things may or may not shock the reader, but it convincingly shocks one of the major characters, and that's what counts. "Morality," Dr. Grene concludes, "has its own civil wars, with its own victims in their own time and place."

Sebastian Barry's achievement is unlike that of any other modern Western writer, a tapestry of interrelated works in different mediums woven from strands of his past and that of his country. "The Secret Scripture" fits seamlessly into a vision that seeks to restore with language that which has been taken away by history.