What's so wrong with a pregnancy pact?

The media is apoplectic about the knocked-up Gloucester girls, but as a former teen mother, I think there was some wisdom in their plan. 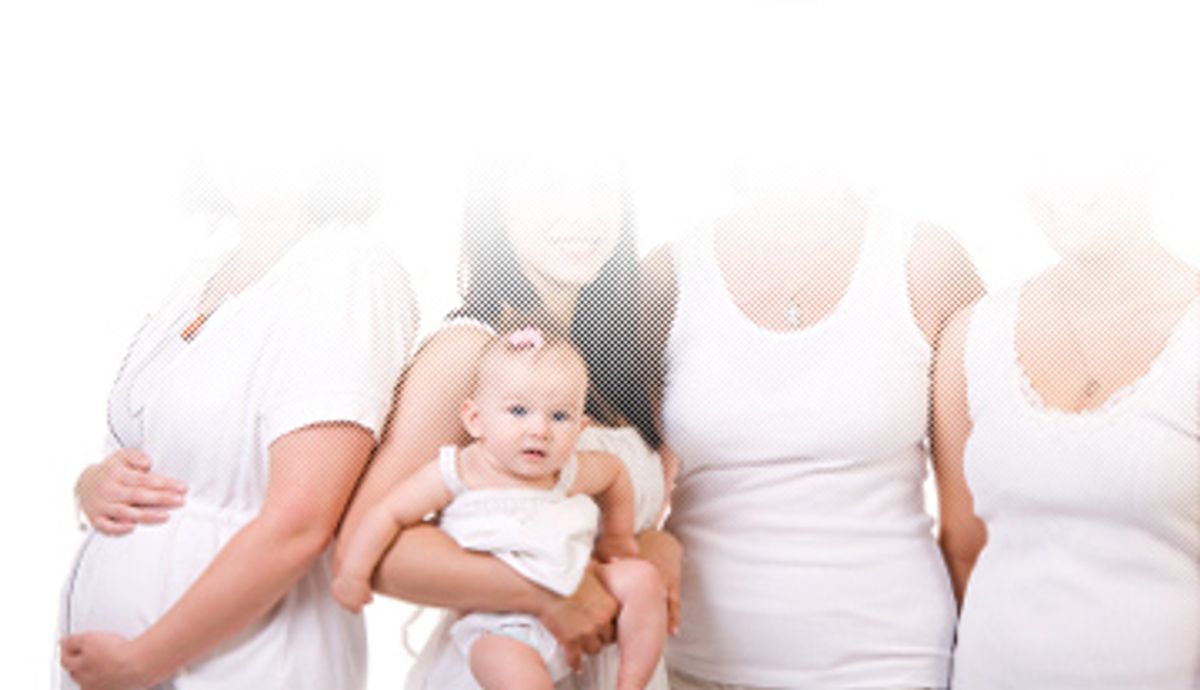 In 1992, the closest thing my daughter had to a father was my best friend, Alice Moore. Alice and I met as 15-year-old debate partners in Boise, Idaho. When we were both 18, we moved 3,000 miles across the country to start our freshman year at Wesleyan University together, along with my then 2-year-old daughter, Sydney, whom Alice had known since she was only a few days old. The three of us shared an apartment together in Seattle over summer vacation when Alice and I were 20; after college, we moved to San Francisco and, along with Alice’s then-boyfriend, split the rent on an apartment in the Richmond district for another two and a half years. Today, Sydney and I live in Brooklyn, N.Y.; Alice is a couple hours away in New Haven, Conn.

Alice was the first person I thought of when I heard the news of the so-called pregnancy pact at Gloucester High School in Massachusetts, a story that has been grabbing headlines this week from here to Brazil. I never quite bought the most sensational part of the tale -- that a group of 17 girls in this poor fishing village had deliberately, recklessly gotten pregnant. And indeed, the notion of this "pact" (first introduced by Gloucester principal Joseph Sullivan in a June 18 Time magazine story after he was asked about his take on a proposal to distribute contraception at the high school, a move widely opposed in the mostly Catholic community) has since been refuted by the mayor, among others. But as crazy as the media made this pact sound, all along I thought there was nothing crazy at all about a different kind of pregnancy pact, one that might have come about after the girls were expecting.

"There was definitely no pact," said Lindsey Oliver, a pregnant 17-year-old from Gloucester, who appeared on "Good Morning America" with her boyfriend earlier this week. "There was a group of girls already pregnant that decided they were going to help each other to finish school and raise their kids together."

Is this the truth? I can't know for sure. But soon after Oliver's appearances, e-mails flew around the Salon staff among other women who were not, like me, former teenage mothers but could still see a certain wisdom in this plan. "I can attest that having close friends who happen to have children the same age as your own child is one of the things that makes being a mother, dare I say, fun," wrote one woman.

"I have thought several times about how this story resembles the plan my single urban working girlfriends and I have openly fantasized about: We'll have kids on our own but together. We can share childcare responsibilities, help each other have lives while raising kids. I'm not saying it's a good idea, but it definitely struck me as a plan that didn't sound unfamiliar in another context," wrote another.

Of course, none of us is advocating that teens get knocked up at 16. But I, for one, absolutely believe that no teen parent should be told that her life is over the moment her child is born. And I actually find it refreshing to see teenage girls recognize that their friends may offer crucial support, especially in the case of an unintended pregnancy when the child’s father may or may not be on board. As major magazines and newspapers offer breathless accounts by supposedly objective journalists who claim to have intimate knowledge of teens' outrageously decadent sexual practices (while the national pregnancy rate is at its lowest in 30 years and abortions at their lowest since 1974), it seems to me that the Gloucester girls are being demonized precisely for what they did right.

I can hardly say that, at 16, I knew my relationship with Alice would outlast my relationship with my daughter’s father. I will not say anything negative about him here: He was my first love, we dated for two years and we were together throughout my pregnancy. But I will say that, while attending pregnant girls high school -- yes, there was such a thing, and yes, I was there -- the girls I worried about most were those who assumed that their boyfriends would be around to take care of them. These were the girls who, in my experience, were most likely to drop out of high school and least likely to make a plan for how they, personally, would figure out a way to take care of their families emotionally and financially.

My daughter's father and I broke up when our daughter was 6 months old. He did continue to see her sporadically when she was young; the visits dropped off for about 10 years and resumed, sort of, when she was a young teenager. There was a child support order in place, but it was set at $75 a month when he was 17 and working as a dishwasher, and although I had the right to review the order every three years, I never did.

Alice, however, was the one I stayed up with until midnight writing essays for AP English. It was with her that I took my first road trip to visit Berkeley, Calif., with New Order and the Lightning Seeds on automatic rewind, and she was the one who taught Sydney, at 3 years old, how to sing Yaz’s "Only You" in sign language. She was herself the daughter of a woman who had raised three kids as a single mother, whom she respected and adored, and it was she who advised me and defended me.

While there are plenty of places in the country where I'm sure I would not have been out of place as an especially young mother, Wesleyan and, later, the San Francisco and New York journalism worlds were certainly not among those places. The only time I was ever truly a part of another group of mothers was during my senior year in college (that year, Alice was in Germany on a Fulbright). There were four of us, all between the ages of 22 and 26, all with children in the local elementary school, and all former teenage mothers. We had sleepover parties with our kids, drank wine at night, made pancakes in the morning and once dyed each other’s hair in contrasting colors of Manic Panic. It's not as though such fun and support can only be shared among women. There was a boy our group hung out with, Alexis, who (though he didn't have a child) became another one of Sydney’s surrogate fathers when we lived in New York.

All of us in that group are now in our mid-30s, and almost all of our children are now older than we were when they were born. Every single one of those kids turned out magnificent. If I regret anything, it's only this: I would have really liked to raise children along with Alice, Alexis and the rest of my then-childless friends who helped me to raise my own daughter.