To breed or not to breed

With its taproot in "Hamlet," this novel spins an engrossing tale of power struggles within a family of Wisconsin dog breeders. 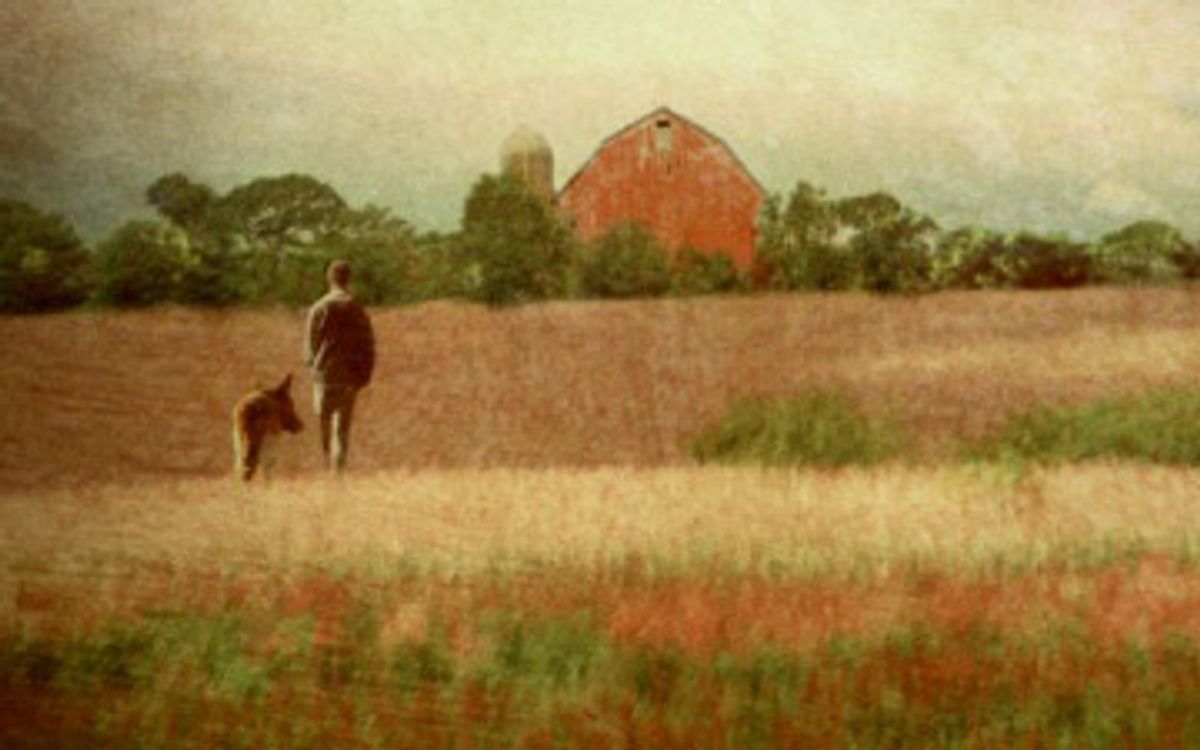 Hearty and overstuffed, "The Story of Edgar Sawtelle" arrives at bookstores this summer well-positioned to step into the niche pioneered by "Cold Mountain": the chewy yet suspenseful literary bestseller with a taproot in the classics. The book's spine is rock-solid; author David Wroblewski has based his tale of power struggles within a family of Wisconsin dog breeders on "Hamlet" (which was in turn based on Anglo-Saxon legend). It's a shrewd choice, and one that keeps this debut novel from sinking under the weight of its more self-indulgent passages.

Edgar, the title character, is born mute (but not deaf) and into an unusual tradition. His grandfather became preoccupied with the quixotic idea of breeding dogs according to an eccentric formula designed to accentuate intelligence and good temperament. His father, Gar, has transformed this practice into a kind of faith, keeping elaborate, meticulous records that go back through generations of dogs, records that, he claims, can tell him what a dog "meant." Edgar's mother, Trudy, is an expert trainer, who instills in her son such existential koans as "You can't train a dog to do something if you don't know what you want him to do." They live on a farm during what appears to be the late 1970s (no cellphones or computers, and the TV news features reports on a commune just over the Canadian border, run by someone called Starchild). Their dogs would never make it on the show circuit, but among the select few who appreciate their deeper merits, these canines command high prices and loving awe. Gar has a collection of letters from Sawtelle owners whose dogs have saved their lives.

Into this modest paradise comes Claude, Gar's prodigal brother, his swagger undiminished by several years in the Army and an unspecified time behind bars. Claude sold his piece of the kennel to Gar long ago, but now he's back and at loose ends, and so he plans to stay with the family for a while, helping out around the place. Since Gar is as prudent and responsible as Claude is rash and manipulative, the arrangement doesn't last long. But then Gar dies suddenly, from a previously unsuspected heart condition, and Claude manages to worm his way back into the house, and eventually into Trudy's bed. Disgruntled, Edgar takes to sleeping in the barn, where one rainy night he witnesses an extraordinary apparition that changes his understanding of his father's death.

This is the point at which "Hamlet" begins, and once "The Story of Edgar Sawtelle" hits this mark, it moves forward with a surety that the earlier chapters often lack; you could even say that it's only when Wroblewski delivers his novel over to a time-tested plot that he really seems to know what he wants it to do. Eventually, Edgar is forced to flee the farm, accompanied by three dogs from the first litter he trained himself, but leaving behind Almondine, the dog that has been his companion since birth. His adventures foraging in the woods as he makes his way to the border, and the improbable alliance he and the dogs form along the way, cinch in the novel's focus, making it lean, and urgent in its final pages.

Would that the book's first half had more of that urgency. Wroblewski has undeniable talent, but "The Story of Edgar Sawtelle" exhibits many of the characteristics of a fiercely guarded darling, the sort of book whose author hasn't yet learned to distinguish between good and bad editing and therefore refuses any editing at all. He is prone to excesses of what you might call Ondaatjefication, the overworking of long passages of description into clotted tangles of "lyrical" prose. Most of this verbiage is lavished on the farm. In one of several chapters written from a dog's point of view, Almondine sees her home thus:

... and so on for several more sentences of this ilk. Verbs are strenuously wrenched out of joint to serve purposes for which they were not designed and are not well-suited. One strained metaphor follows another in an apparent reach for originality. A line or two in this vein (the appealing picture of the trees quarreling with the wind, for example), can be evocative. Nine of them, which is what the paragraph ultimately delivers, is bullying, a demand that the reader stop and attend to the self-conscious "beauty" of the writing. The vision of the farm at day's end wavers and vanishes, and is replaced by an image of a writers' workshop, where perhaps a few too many colleagues have gushed over the "poetry" of Wroblewski's descriptions. Good poets, just like good fiction writers, know when enough is enough.

Most of these hurdles, however, can be vaulted via judicious skimming, and the effort is merited. In addition to the venerable appeal of the central tragedy, Wroblewski's explorations of the complexities of human-canine relationships -- refreshingly unsappy in this era of bestselling dog books -- are engrossing. The Sawtelle problem, the problem posed by Claude, is one of blood and its treachery; it's never certain that every member of even the most impeccable lineage will prove true. The bones (and most of the flesh) of "The Story of Edgar Sawtelle" are worthy of a thoroughbred. Whatever its author produces next will definitely be a book to watch out for.