The economics of abortion

In Minnesota, more women are citing the costs of children in their decisions to terminate a pregnancy. Should we be surprised? 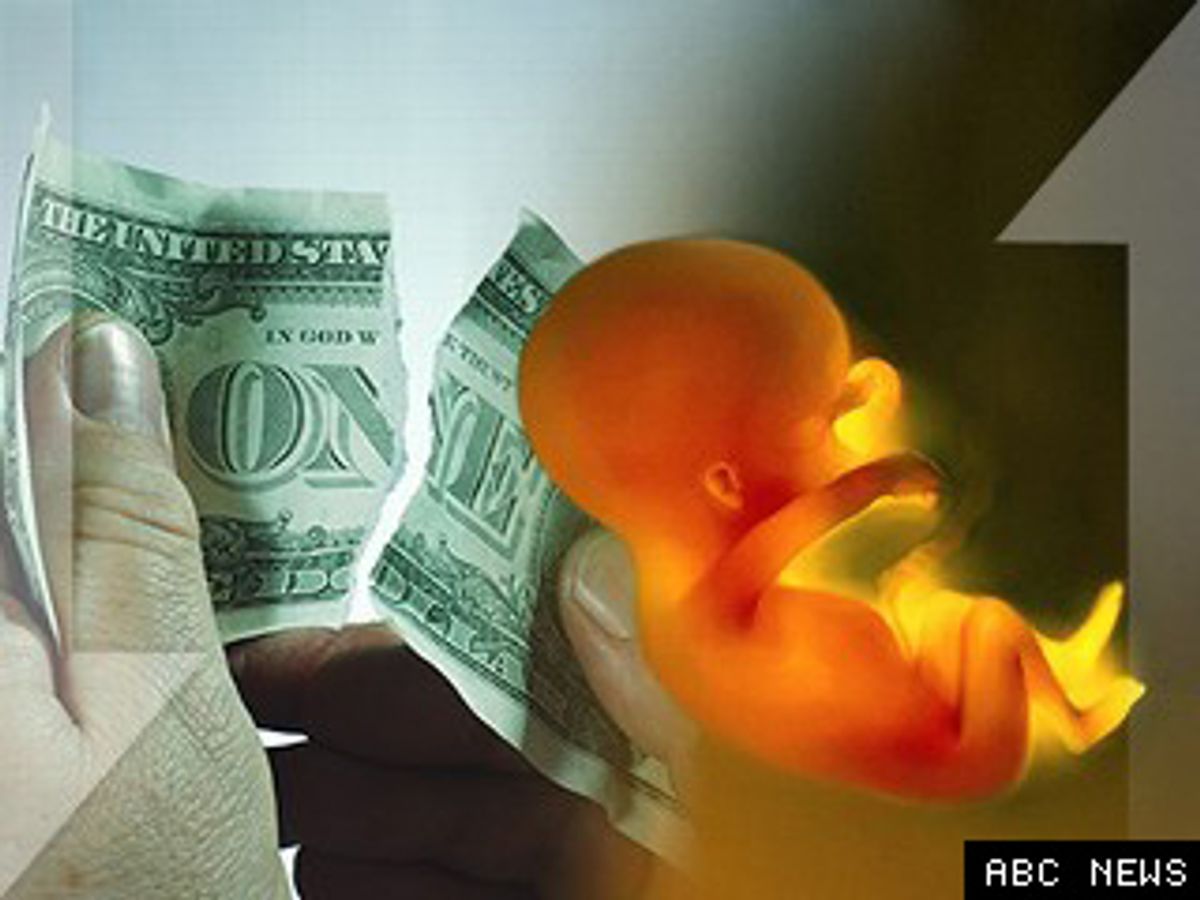 I think I may have found the most upsetting stock art image ever created: this photo, accompanying an article from ABC News about how an increasing number of women are saying that financial concerns played a role in their decisions to get abortions. I've stared at it for a while now, and I think that in addition to the juxtaposition of a fetus floating in space next to a broken dollar bill and an upward-facing arrow (What? Did someone's womb accidentally stumble into a Lehman Bros. report?), it's the backlighting that's really getting me.

But I digress. The article is based on a report asserting that 40 percent of women in Minnesota who provided a reason for their decisions to have abortions cited economic pressure as a factor. According to the state's annual abortion report, that's the highest percentage to report economic factors since the poll first started being taken about a decade ago. (Other top reasons included not wanting to have children at this time, already being a single parent and unfulfilled educational goals.)

What I think is interesting about this is the fact that if you think about it, all of the factors named above could have to do with economics. But thanks to the current national focus on all things monetary, people have started to isolate economics as a separate reason for having an abortion. (In other words, I doubt that there's a sudden trend of people comparing the cost of babies with their bank accounts, despite the stock art to the contrary. People are just isolating that variable more as an independent reason.) Alternatively, as another Broadsheeter pointed out, it could have to do with the fact that many women feel guilty about having abortions and will pick the least personal variable to justify their decision.

In the end, I don't think it really matters which reason a woman cites for her decision to terminate a pregnancy. But one possible fallout from using money as a reason is that it gives fuel to antiabortion activists like Scott Fischbach, excecutive director of Minnesota Citizens Concerned for Life. He says that abortion can be combated by pouring more money into things like programs for women's housing, education and adoption planning. Granted, all of those things could definitely have positive effects (and possibly reduce the number of abortions -- which I think all would agree would be a good thing). But they wouldn't solve the problem of what to do when a woman just does not want to be pregnant, period. Economics or no economics, that should still be her choice.

Update: I just stared at the photo a little more and realized that it also looks kind of like the fetus is being shot into the air by a geyser. Or, perhaps someone went drilling for oil and accidentally hit a baby field.