Simplify your workspace by squishing your stickies and separating your screens. 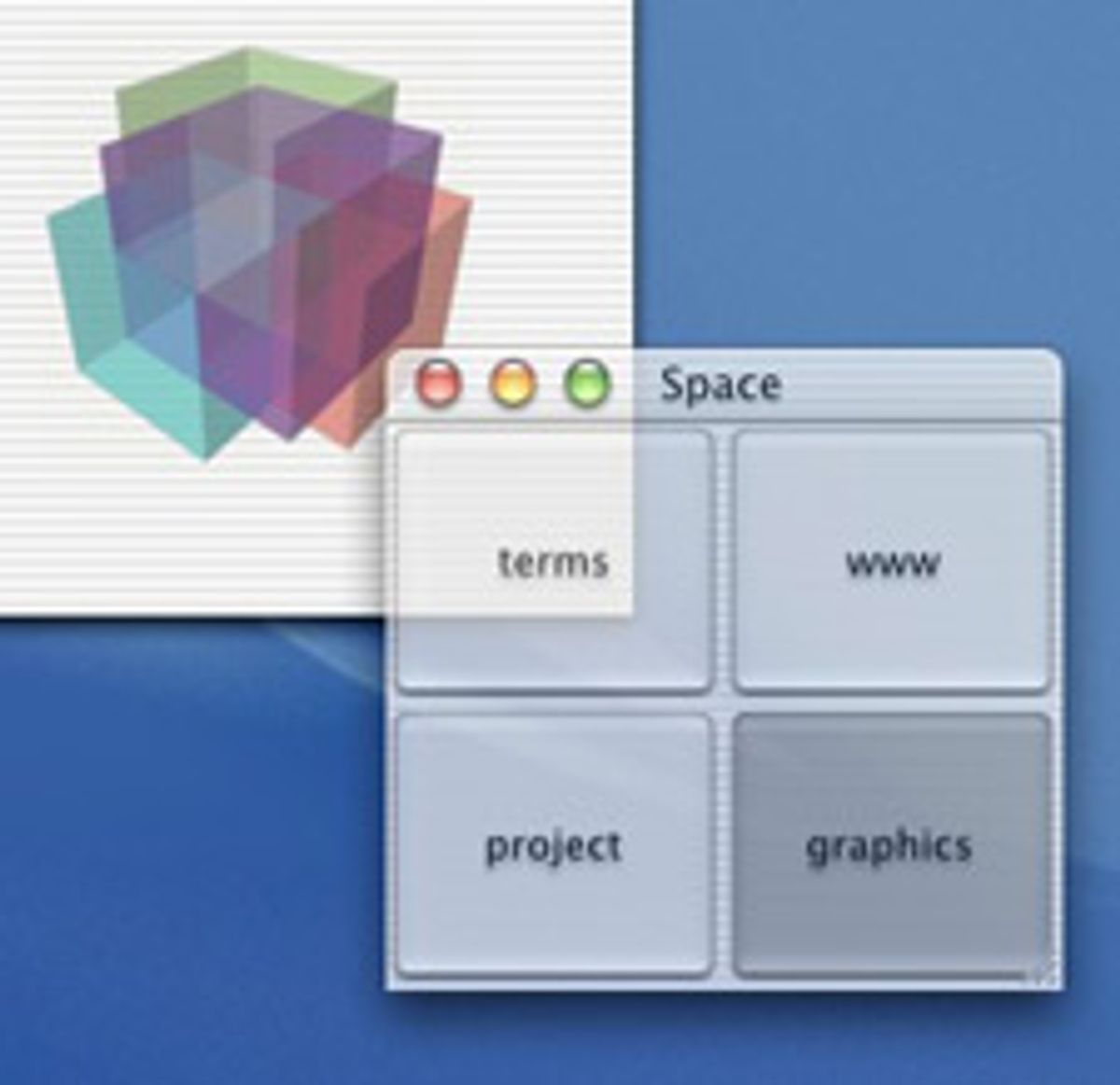 An early virtual desktop program for the Mac, the aptly named Spaces.app, by Riley Lynch, circa January 2001. Hmm, I wonder where Apple gets all of its great ideas ...

I'm stuck on my Mac's Stickies program. I've got 13 stickies lined up on the right side of my desktop, most of them collapsed. The topmost note is pink -- to suggest urgency -- and lists the must-do items for the day (including this post).

Most of the others are collapsed and lined up in a neat stack, any one of them ready to unfurl with a double-click of the mouse.

I'm also stuck on Spaces, the virtual desktop feature included with Leopard, the latest version of Mac OS X. Spaces allows me to create up to 16 virtual screens that I can switch between, using either the mouse or keyboard shortcuts. For me, four spaces is enough, with space 1 dedicated to e-mail, space 2 for Web browsing, space 3 for word processing (WriteRoom for first drafts and Word for additional edits and formatting) and space 4 for what I think of as the sandbox. That's where I run non-work-related programs like iTunes or Second Life or Parallels Desktop running Windows when I'm testing programs for that platform.

Which incidentally has enjoyed programs like Spaces and Stickies for eons. Two favorites are Stickies for Windows, brought to you by the Google Code Group and free to download, and Vista/XP Virtual Desktop Manager, by CodePlex, also a freebie.

Vista/XP Virtual Desktop Manager does everything that Spaces does on the Mac, like hot-key switching from one desktop to another and the ability to make a program "sticky" so it appears on every desktop all the time, the way I have Stickies and my all-in-one messenger program, Adium, displayed on all four of my Spaces desktops. Vista/XP Virtual Desktop Manager outdoes the Mac with extra features like a unique wallpaper per desktop, a mini-toolbar and an above-and-beyond max of 100 virtual desktops at once.

I think I'll stick with four, thank you very much.

There are many more other sticky note and virtual desktop programs for Windows (and Macs), and I invite you to share your favorite picks and tips for juggling multiple desktops and sticky notes at the same time.