Credo, a new green cellphone company, has great intentions but not such great gear. 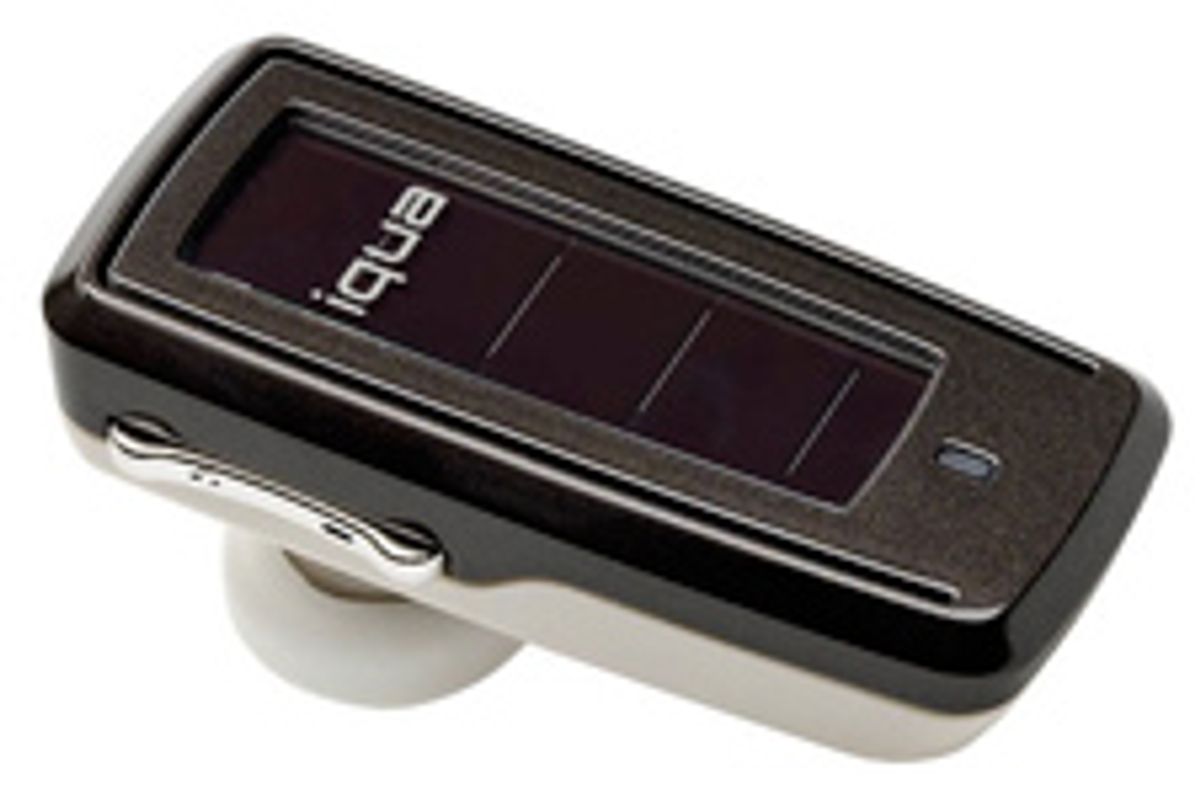 Very un-vampire: A teeny tiny solar panel keeps the Iqua headset charged -- as long as you stay in the light.

A Bluetooth headset with a built-in solar panel to extend talk-time life, a biocompatible cellphone case made of recycled tires from Colombian banana trucks that shares the profits with a developing country, and mobile phones with calling plans that contribute 1 percent of charges to progressive nonprofit groups like Amnesty International, Greenpeace, the ACLU and others.

That's the mission at Credo Mobile, the new go-green, do-right-by-human-rights cellphone company. Owned and operated by Working Assets, the mobile virtual network operator reports contributions of more than $60 million to its roster of liberal nonprofit organizations. A glance at the Credo's nationwide coverage map shows mostly dark green (which equals "best" coverage) from coast to coast, and though Credo is mum on which mobile operator network it piggybacks off of for its own feel-good repurposes, a Google search revealed Sprint PCS to be the one.

I'm all for lending a helping hand, but it's the gear and accessories I care about, and Credo's phone lineup -- a total of nine, including Sanyo's KATANA II ($50/two-year contract) and the Motorola MOTO Q ($120/two-year contract) -- doesn't have me panting to make the switch.

However major kudos go to one of Credo Mobile's accessory offerings, the Iqua Solar Bluetooth headset ($99), for its ability to remain infinitely charged (theoretically) using indoor and outdoor lighting. A feature that goes a l-o-n-g way toward helping forgive the Iqua's so-so sound quality and too-large earbud.