The deliciously naughty "Shameless" -- starring a young James McAvoy -- is one of the best comedies ever made about urban poverty. 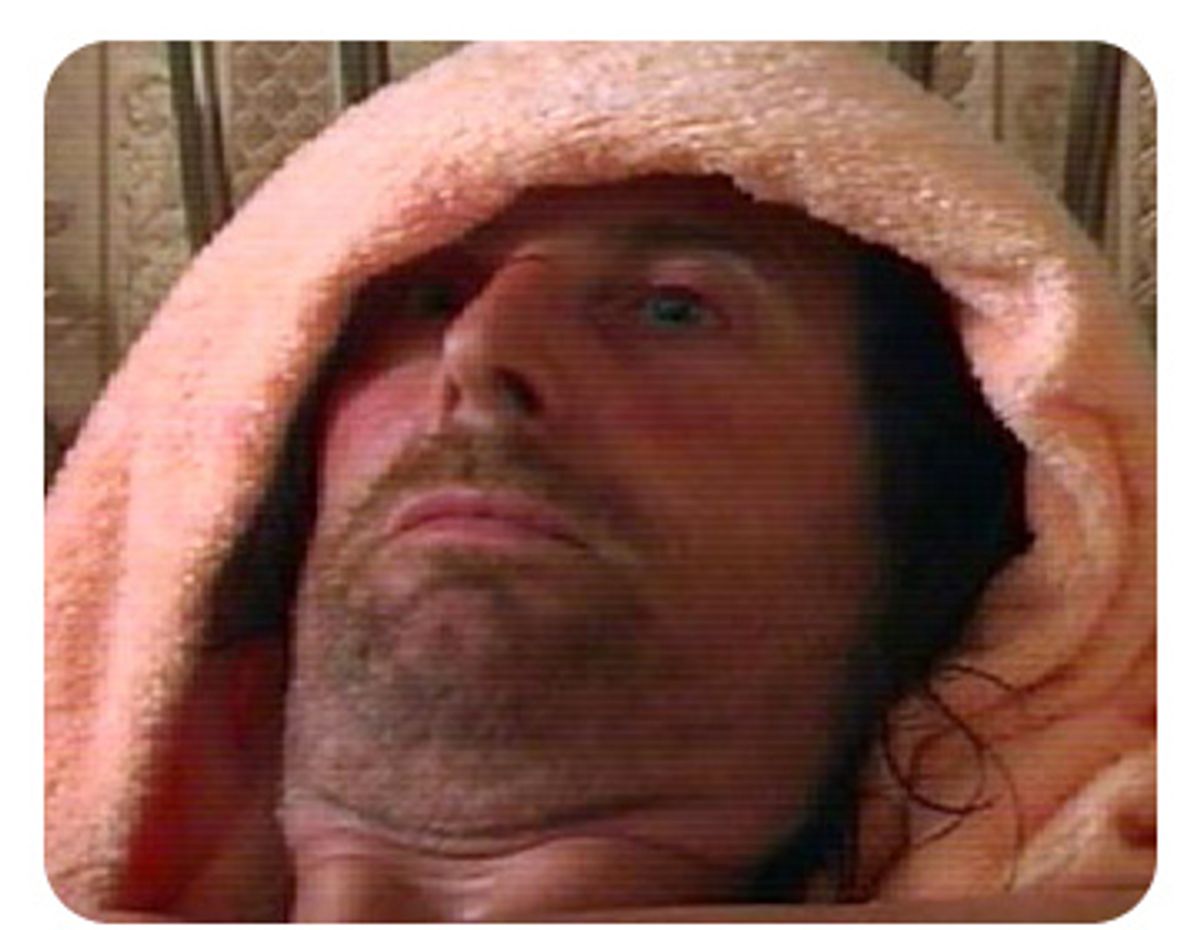 Watching television these days can give you a somewhat skewed impression of our country's economic well-being. While Blair Waldorf jets around the world and the "The Real Housewives of New York City" stroke their cashmere shawls, the working class has mostly disappeared from our screens -- relegated to "America's Next Top Model" and Tila Tequila's pool house. Maybe that's why George W. Bush is so optimistic about the economy: He's been watching too much prime-time TV.

Across the pond, however, the British continue to churn out smart and literate television, like "EastEnders" and "Clocking Off," about the lives and struggles of the working poor. So if you're tired of watching suburban wife swapping, and you'd like to bring some economic diversity to your TV screen, Channel 4's "Shameless," a comedy about a dysfunctional and poor Manchester family, is worth a look -- not only because it's one of the best comedies ever made about urban poverty (ha!) but also because it's terrific, naughty fun. And if the economy goes down the tubes you might as well have something to laugh about.

Some episodes of the show, which just finished its fifth season in the U.K., have aired on BBC America and the Sundance Channel. But only its first season is available on DVD in the United States, and, bizarrely, "Shameless," has yet to attract a large American following. It's surprising, partly because unlike many other British comedies, its humor is broad enough for us non-Brits to understand, and partly because of its dreamboat factor: The show's first two seasons feature James McAvoy ("Atonement," "Wanted") in his breakout role as a middle-class car thief.

Each episode of "Shameless" begins with a boastful voice-over by Frank Gallagher (David Threlfall) in which he drunkenly introduces his children and the show's main characters. These include, from oldest to youngest, 20-year-old Fiona (Anne-Marie Duff), "a massive help"; teenager Lip (Jody Latham), "a bit of a gobshite"; Ian (Gerard Kearns), "a lot like his mom"; Carl (Elliott/Luke Tittensor); Debbie (Rebecca Ryan); and toddler Liam (Joseph Furnace). All seven live together in a cramped home in the Chatsworth Estates in Manchester. Like many British housing projects, Chatsworth is ripe with criminality and monotonous fashion (track pants, baseball caps, sneakers), but, as Frank points out, at least his neighbors know how to party.

And, as it turns out, so does Frank. Despite his bragging voice-over in the opening credits, he's both a drunk and an absentee father, and his children spend much of their time trying to get his attention or inquiring about his whereabouts. (When Frank disappears on a drunken binge, Debbie mistakes a sleeping bag for him and brings it a cup of tea.) The children, as a result, have learned to fend for themselves. Fiona takes care of her younger siblings. Ian works at the corner store (and screws his male boss). But mostly the family survives on government support and mild criminal behavior.

In the first season's overarching story line, Frank leaves his family and shacks up with Sheila Jackson (Maggie O'Neill), a severe agoraphobic with generous state benefits and a penchant for sadomasochistic sex: When he first arrives at Sheila's prim and tidy house she promptly handcuffs him to the bed and pulls out a rubber dildo. But his departure is offset at home by the arrival of Fiona's new boyfriend, Steve (McAvoy). Fiona and Steve meet drunkenly in a nightclub, and, after a one-night stand, he becomes enamored with her and her siblings. He then uses his street smarts to, among other good deeds, buy them a new washing machine and deport their father to France.

For a comedy, "Shameless" takes a surprisingly unvarnished look at urban poverty. It isn't bashful about sex or drug use: The family kids get stoned together on the living room floor, and their neighbor makes extra cash by ironing naked on a webcam. The show's actors also look like people you might encounter on a housing estate, with pale skin, bad teeth and unchiseled physiques. Threlfall, in particular, gives a finely tuned (and often naked) performance as Frank, who -- despite his alcoholism and exceedingly poor parenting skills -- manages to be a surprisingly likable asshole.

What makes "Shameless" brilliant and unconventional television is the way that it proudly and unabashedly flouts clichéd TV moralism. When's the last time you saw a show in which children save the day by vandalizing phone booths, or stealing from the milkman for their morning cereal? The characters aren't always interested in making an honest living or doing the right thing; they're interested in survival, even if that means petty theft or welfare fraud. And implicit in their behavior is a trenchant critique of Blair's New Labour government. They view most figures of authority, from the police to social workers to teachers, with apathy or outright contempt.

When the estate's housing officer, for example, inspects the Gallagher home -- and Frank comes up missing -- the family members resort to extreme methods to save their benefits: They fake Frank's death. Before long, the family is carrying a wobbly coffin toward the neighborhood pub, a solution as cynical as it is loaded with symbolism.

And while "Shameless" suggests the demise of traditional family values, it also celebrates a more amorphous and postmodern conception of family. The Gallaghers' neighbors are tightly involved in the family's affairs, Steve is a brilliant surrogate father, and when the Gallaghers are threatened by a duo of bullying debt collectors, the occupants at the local bar rally around their cause.

Creator Paul Abbott based much of the show on his own experiences growing up in a housing estate. Although it seems considerably quirkier than one might expect estate living to be, it still rings with the authenticity of hard-lived experience. "Shameless" combines humor, drama and satire with a deftness that few American shows have been able to master, and it's written and acted with such warmth and tenderness that its tough subject matter rarely descends into pathos.

With our money woes worsening, it's tragic that more seasons of "Shameless" aren't available on DVD. Here's hoping more make their way stateside -- and fast: I can't imagine a family I'd rather spend my recession with.