Did McCain's foreign-policy advisor profit from the Iraq war?

In a confidential memo, a company tells investors consultant Randy Scheunemann can help it win Iraqi oil contracts -- because he was a "key player" in getting the U.S. to invade. 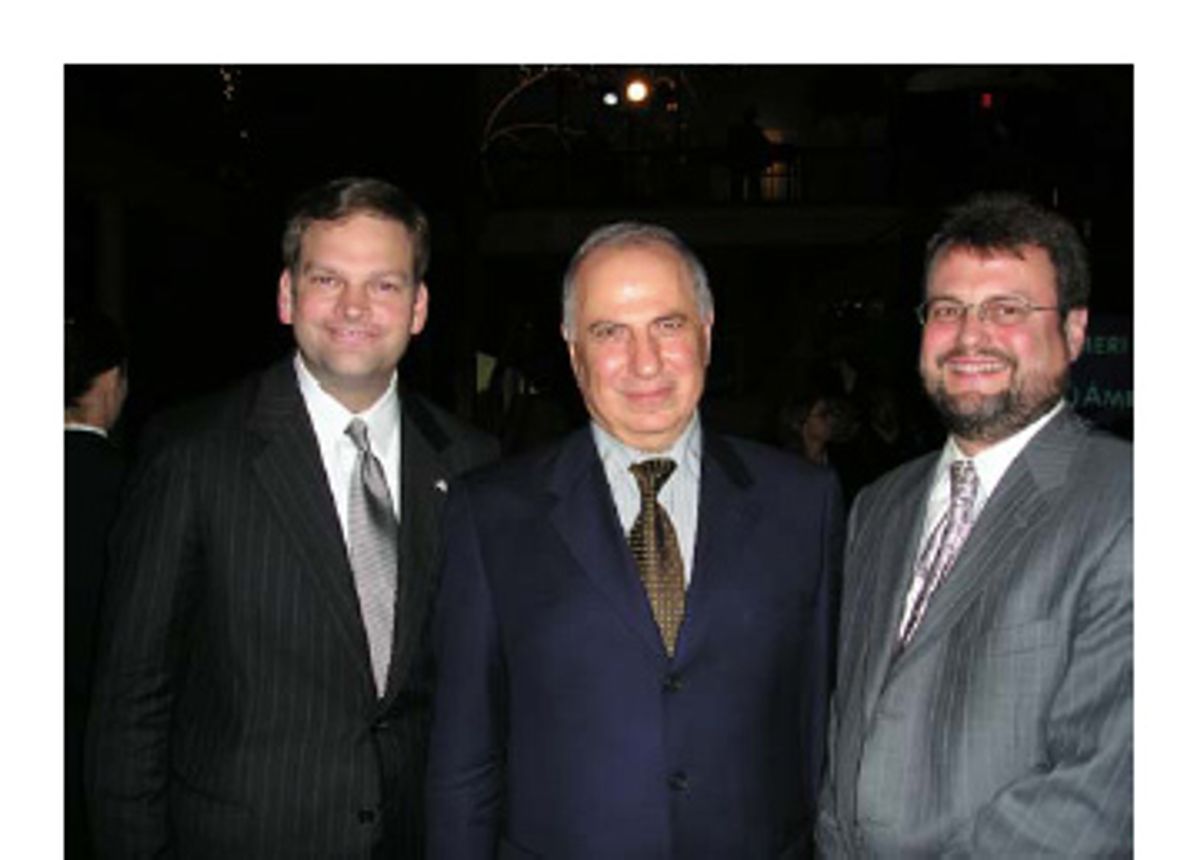 As recently as last year, John McCain's senior foreign-policy and national security advisor, a neoconservative who played a leading role in pushing for a U.S. invasion of Iraq, was trying to use his role in promoting the Iraq war to make money off Iraqi oil. In a confidential memo, a company called World Strategic Energy, for which top McCain aide Randy Scheunemann was an executive consultant, told prospective investors that Scheunemann could help World Strategic Energy win oil contracts in Iraq because he was well-connected in the Iraqi exile community and had been a "key player" in getting the U.S. involved in Iraq. The memo was first published by blogger and Salon contributor Lindsay Beyerstein, who wrote that the 44-page brochure-style "placement memorandum" was being circulated to potential investors as late as 2007.

Scheunemann was pushing for the use of U.S. military force in Iraq a decade ago. He was a director of the Project for the New American Century, the neoconservative group that sent a public letter to President Clinton in 1998 urging him to remove Saddam Hussein from power. In 1998, while working for Republican Senate Majority Leader Trent Lott, he helped author a bill that gave close to $100 million to the Iraqi National Congress, the anti-Hussein exile group run by Ahmad Chalabi. The World Strategic Energy document memo includes a photo of Scheunemann with Chalabi. After working on McCain's failed presidential bid in 2000, Scheunemann went on to become the head of the Committee for the Liberation of Iraq, a non-government organization with close ties to the Bush administration that was formed in 2002 and dedicated to the overthrow of Saddam Hussein. The U.S. invaded Iraq in March 2003. "Randy Scheunemann was a key player in the U.S. involvement in the Iraq war," says the memo. "[H]e coordinated the White House's 'Outside the Government' public relations campaign on Iraq while administering relationships with key Iraqi leaders in exile." The brochure says that thanks to Scheunemann, "some of the team's strongest relationships are in Iraq."

Scheunemann is McCain's point man in articulating and defending the senator's Iraq policy. McCain was also a major advocate of the original invasion. The Worldwide document seems to portray Scheunemann as attempting to profit off the war. It is unclear how much, if any, money Scheunemann made from Worldwide.

The brochure lists the company's president as Stephen Payne, who also appears in the photo alongside Chalabi. Payne recently stepped down from a U.S. government advisory role after a report in the Sunday Times of London showed that Payne, also a lobbyist, had offered a foreign official meetings with top Bush administration officials in exchange for a $250,000 donation to Bush's presidential library. The paper reported that Payne had also boasted to a foreign official that Scheunemann had been "working for me on my payroll for five of the last eight years."