The mother's milk of Nebraska politics

Former Agriculture Secretary Mike Johanns gets a can of nonevaporated whup-ass opened on him in a cow-milking contest in the state's Senate race. 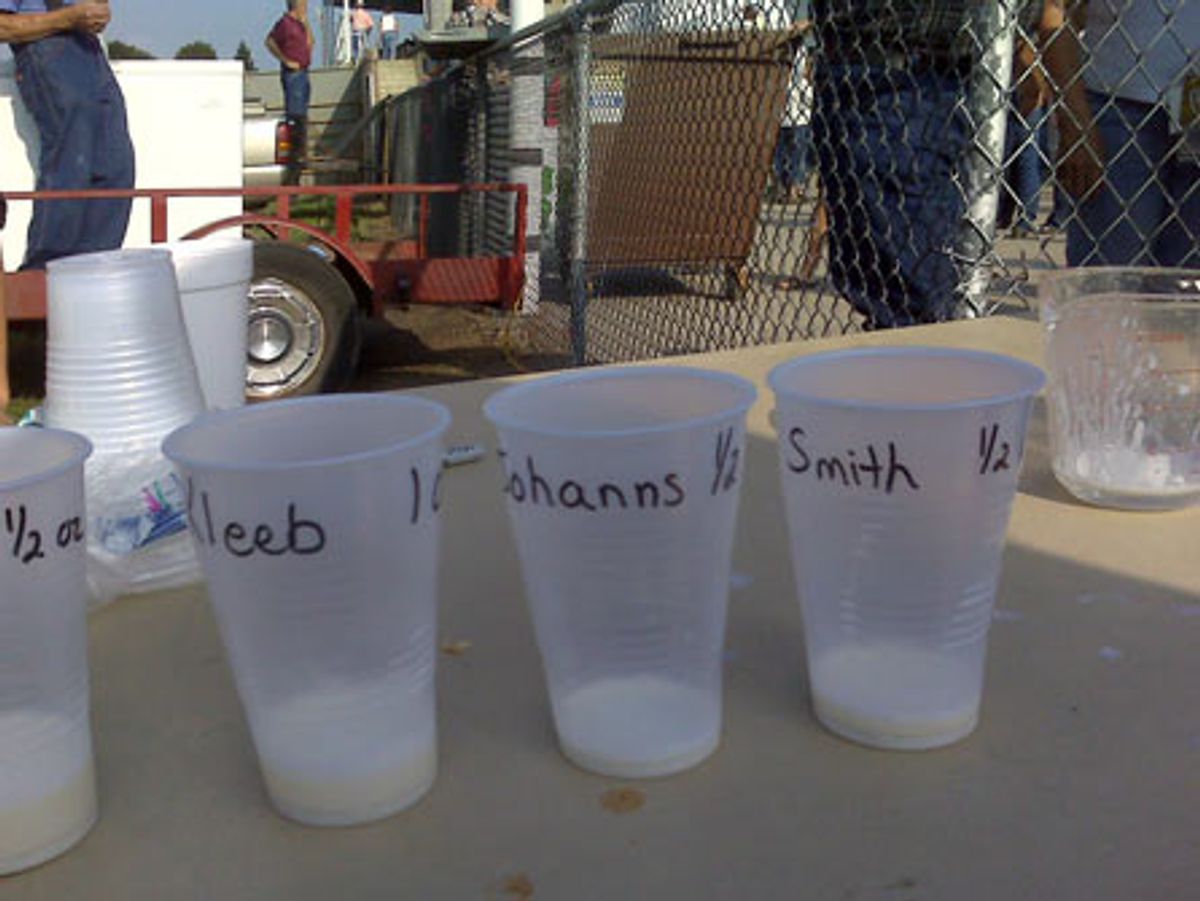 I don't know much about Nebraska politics, but I do know this: If you are running for the U.S. Senate and claim to have grown up on a dairy farm, and then you find yourself in a cow-milking contest at the Custer County Fair in Broken Bow, well, you had damn well better win.

Unfortunately for said claimant, Republican candidate and former Secretary of Agriculture Mike Johanns, things did not work out as planned. Democrat Scott Kleeb beat him by a few millimeters. (That may not sound like a lot. But as shown by the accompanying photo sent by a friend -- all of which I grant you is pretty weird: the photo itself, my friend and the fact that she sent it to me -- apparently a few millimeters of plastic cup is the cow-milking equivalent of having a can of [nonevaporated] whup-ass opened up on you.)

By the way, this is the same Secretary Johanns who helped write the president's farm bill and then advised him to veto it. Again, I admit to not knowing a damn thing about milking cows or Nebraska politics, but that strikes me as the equivalent of filling a milk bucket and then stupidly knocking it over.

So, for those of you scoring along at home, in the Nebraska farm politics pentathalon that makes it Kleeb 1, Johanns 0. If I get photos of calf-wrangling or horse-shoeing I promise to file updates.