As U.S. newsrooms shrivel, India's are booming. And they're hiring, not firing reporters and editors. 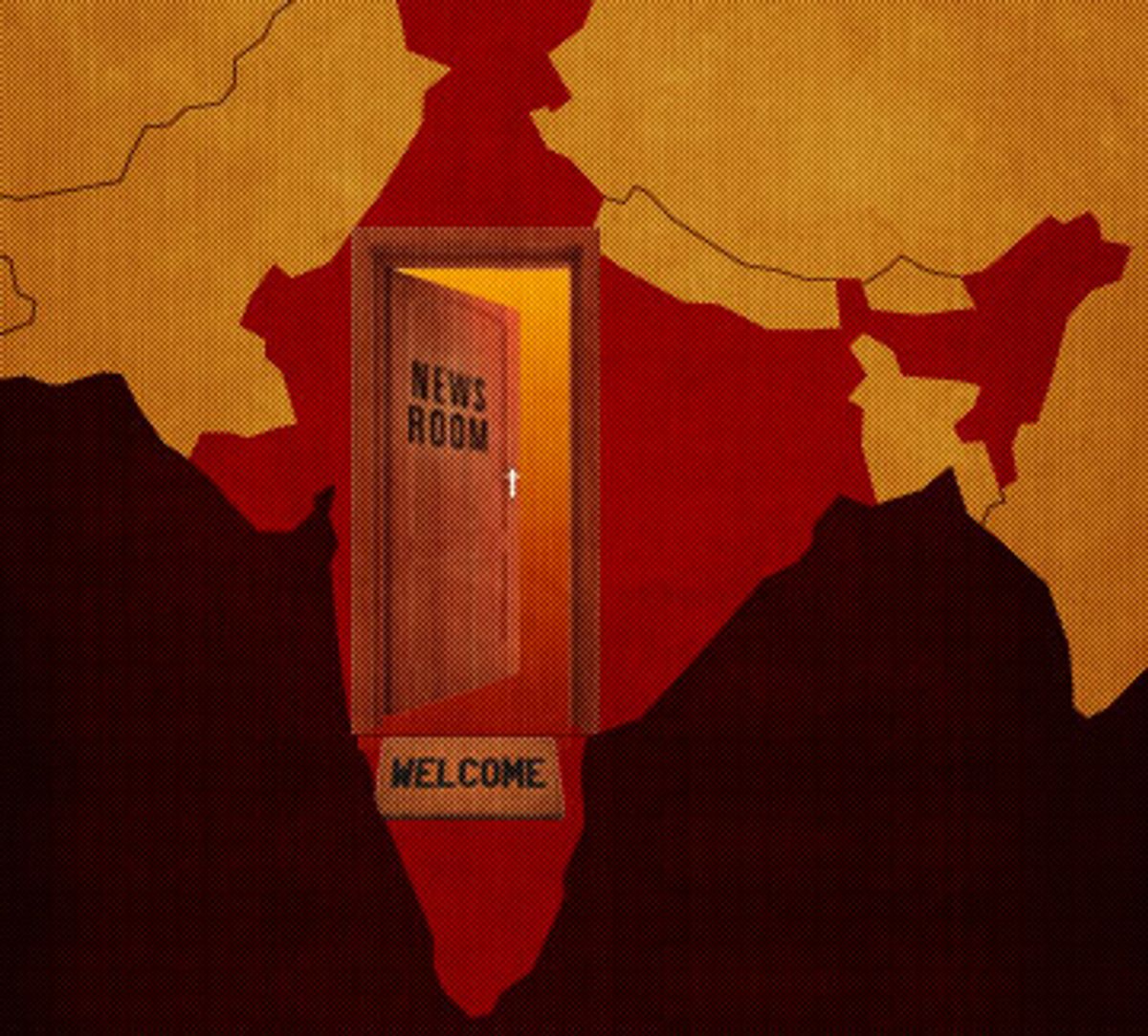 If ever there were a time to take pity on America's journalists, this would be it.

The U.S. news industry is bleeding jobs. According to the American Society of Newspaper Editors, 2,400 journalists left newspaper newsrooms last year, either through layoffs or buyouts, leaving the industry with its smallest workforce since 1984. Circulation and revenue are falling across the country, as are share prices: Gannett, the country's largest newspaper publisher, is seeing its stock trade at around one-third its value a year ago; the New York Times Co. is down 45 percent. Classified advertising revenues have dropped 30 percent over the last two years and the last quarter was one of the industry's worst ever.

Just how bad can it get? The American Journalism Review's Charles Layton recently concluded that "we may begin seeing, pretty soon, big American cities with no daily newspaper."

So, what's an underemployed journalist to do? Some move on to academia or cross over to the dark side of public relations. But a few forward-thinking souls are heading to a land where journalism jobs not only aren't disappearing, but are more plentiful by the day: India.

In recent years, India's steamroller economy has diversified well beyond tech and outsourcing, including a big boom in the news media. Circulation has been steadily growing at Indian newspapers, and new dailies and magazines are popping up on a monthly basis. Among the new serious business publications that cater to the economic elites (or aspiring elites) is Mint, edited by Raju Narisetti. Narisetti is the former editor of the Wall Street Journal Europe, and before that served as deputy managing editor of the U.S. edition, which helped him lure several journalists from the U.S.

"Mint has a handful of American citizens in its newsroom, including me," he wrote me. "India is a fascinating country where history is being made in many respects so it is a fertile place for good journalism. Hopefully some of the non-Indian journalists will have a better understanding of India when they do go back."

Foreign journalists aren't the only ones taking advantage of India's growth. Rolling Stone has also launched an Indian edition, following Vogue, FHM and Maxim. People magazine's local edition is launching soon. However, the growth is even greater in the non-English media, in part because rural and small-town India are becoming more literate and have more disposable income.

In broadcast, the change is even greater. As a kid growing up in Madras (now Chennai) in the '80s, I can remember sitting through the sole nightly news program, broadcast on Doordarshan, the state-run TV channel. It was excruciatingly dry and slow-paced, but we endured it because "I Love Lucy" followed. Those were desperate times.

Today, however, there are countless news channels, and the choice can be overwhelming. And while that doesn't necessarily translate into quality -- some channels borrow the frothiest aspects of American cable news -- it has meant new opportunities, and wealth. Indian media critic Sevanti Ninan noted that new TV channels are poaching the best journalists from print by offering salaries as high as $180,000 a year. But all of this growth also means that the labor supply isn't keeping up with the demand.

In June five graduates and enrolled students from Columbia University's Graduate School of Journalism headed to New Delhi, where they're starting reporting internships at the Hindustan Times, one of the largest-selling English language newspapers in the world. I've been in touch with three of the interns, and to my surprise they all said the miserable job market in the U.S. didn't affect their decision to go abroad. But they also agreed that India's media explosion is impossible to resist.

One of them, Michelle Stockman, has been studying multimedia journalism. She e-mailed me from New Delhi, writing that "it's not the tough job market that sent me there -- yet. I decided to go to India because the promised experience just seems tremendous. Readership is skyrocketing, as are profits. The managing editor also said he really wants to strengthen the multimedia elements of the Web site, and there's money available to put into development."

The managing editor of the Hindustan Times is Pankaj Paul, and when he dropped by Columbia's graduate school earlier this year he said he had a lot of jobs available and promised students the sort of assignments and exposure they'd never get at a smaller American newspaper. But the benefits run both ways. In Paul's eyes, the Hindustan Times is getting top young talent who are sharing their skills with a newsroom in transition. Paul himself is the former managing editor at the Wilmington News Journal in Delaware.

"I have met foreigners working at the Hindu, Mint, GQ, the Hindustan Times and Times of India," wrote Scott Carney, a Chennai-based journalist who freelances for NPR, Wired and National Geographic TV. "They all work on Indian salaries, don't speak the language, and all seem to be having a ball. Since there are so many new publications opening up in India, there is a lot of demand for native English speakers and people who can bring higher reporting standards to local papers."

Carney says he turns down two or three assignments a month.

"I pretty much stick only to big investigative stories on subjects that I choose, and leave the daily reporting and feature pieces to other journalists. I have noticed that some American media houses are pulling back their freelance budgets (just try getting an assignment past the foreign desk at NPR these days!). But I bet that freelancers in America are feeling the pinch much more than I am while living on the rupee."

"If anything," he wrote in his e-mail, "I'd like to see more freelancers move to India. There are too many stories to cover and just not enough time to get to them all."

Of course, everything goes in cycles, and Mint's Narisetti, for one, says it's just a matter of time before India's news business cools down and America's discovers a viable new business model. But right now, journalists in India are reclaiming the narrative, after years of seeming as if they were on the receiving end of it, or left out entirely. After all, this is an entire civilization on the ascent, righting itself before our eyes. In that context, journalists -- from India, the U.S. and elsewhere -- serve as the front line of storytellers, even as they are, in this instance, part of the story.

Arun Venugopal is a reporter with WNYC Radio, in New York, and editor of SAJAforum, the blog of the South Asian Journalists Association.