Thomas Frank on the Bush administration: Sabotage by design

The author of "What's the Matter With Kansas?" discusses the corrosive relationship between conservatives and business, liberal bias and his new book about Republican misrule. 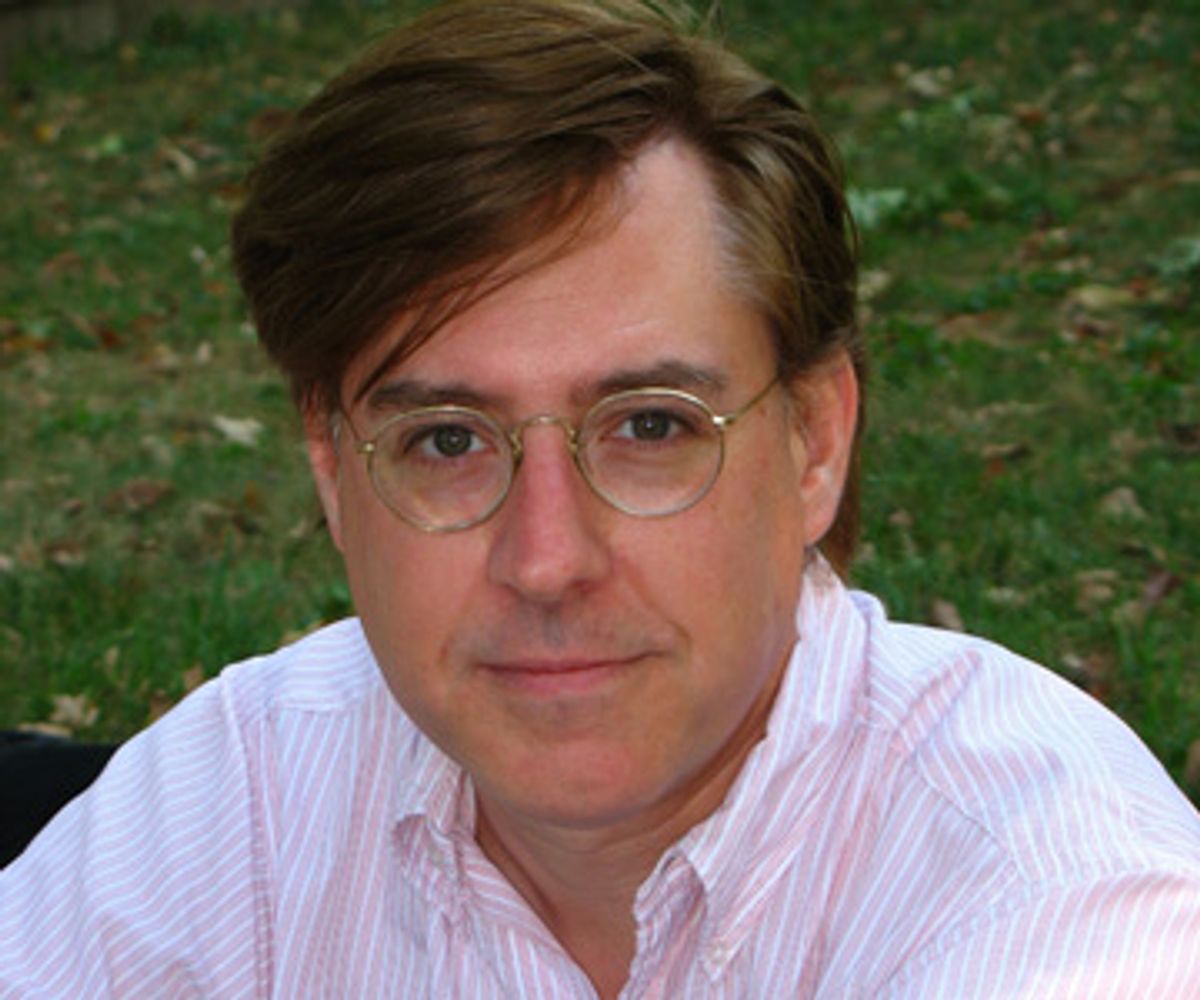 Thomas Frank is back with another hunk of dynamite. His "What's the Matter With Kansas?" monopolized political discussion for over a year when it came out in the summer of 2004. "The Wrecking Crew: How Conservatives Rule" should monopolize political conversation this year. It's the first book to effectively tie the ruin and corruption of conservative governance to the conservative "movement building" of the 1970s, and, before that, the business crusade against good government going back at least to the 1890s.

Here, for example, is a splendid bit Frank pulled from the Journal of Commerce from 1928 about why it's best for business to wreck the state: "The best public servant is the worst one. A thoroughly first-rate man in public service is corrosive. He eats holes in our liberties. The better he is and the longer he stays the greater the danger. If he is an enthusiast -- a bright-eyed madman who is frantic to make this the finest government in the world -- the black plague is a house pet by comparison."

The guy who wrote that was a military contractor and former head of the national Chamber of Commerce. The genius of today's conservative movement, however, is that it doesn't need barons of commerce to say these things anymore. Conservatives have won over a species of the bright-eyed madmen -- kids writing for college newspapers, who can call themselves "principled" conservative "idealists," fighting the "battle of ideas" while carrying the water of corporate America.

We see the results before us. While the Bush administration "presided over one of the greatest expansions of federal spending in history, the number of federal employees actually decreased during Dubya's term of office." The conservative ascendency did not merely change the composition of government; they sold government off to business, piece by piece -- and, of course, it was sabotage by design.

I interviewed Frank by e-mail the weekend before his book debuted. The conversation ranged from the manicured lawns of academe to South Africa; one of the things you learn in the book is that for American conservatives, the two worlds intersect in a rather perverse way. I began the interview by asking him about one of the most successful conservative activist groups of the 1980s, the United Students of America Foundation, an offshoot of the college Republicans. He has located a curious smoking gun in the receipts of their tax-deductible donations that shows the conservative youth movement as rather less idealistic than today's Reaganauts like to remember. You wouldn't be surprised to learn that a conservative youth group was funded by business. You might be surprised, however, to learn that it was largely funded by certain apparently random businesses like bottling companies.

Why did, of all things, bottling companies become diehard funders of the conservative youth movement?

It's an interesting story. According to a report I unearthed from the mid-1980s, bottlers funded a certain right-wing student group because it was doing battle on campus with Public Interest Research Groups [PIRGs]. The PIRGs were then funded by student activity fees, and what they did was push for things like bottle bills in various states. Bottle bills raise the price of soda pop; bottlers were hence natural foes of PIRG.

The fascinating thing about this is the entrepreneurial angle. Campus conservatives had been trying to cut off the PIRGs' funding for years; at some point, though, they started approaching bottlers and other companies to, essentially, hire them to defund the left. They were proselytizing for the political war.

For me, this gets at an essential aspect of conservatism: In addition to being a movement it is also an industry, a field in which entrepreneurs can prosper. The right fights the left and gets paid for it. It was a predecessor of the conservative lobbying industry and the Gingrich/DeLay Congress generally.

Just incidentally, the group that raised money to fight the PIRGs was headed by Jack Abramoff.

The next jump in the story would seem like a pretty big leap. But you show that the next stop in Abramoff's political adventure was, of all places, South Africa.

He surfaced as the chairman of something called the International Freedom Foundation -- the IFF -- which had branches in Washington and in Johannesburg. They published a magazine and a bunch of newsletters, they sent out direct mail, sponsored conferences, gave out awards, the usual. Above all, though, they fought the critics of apartheid, in particular the African National Congress, Nelson Mandela's group. Naturally they did this by accusing the critics of apartheid of being secretly pink, if not flaming red.

It's uncomfortable to remember now, but the American right was pretty fond of the apartheid regime. Yeah, they made all the correct noises about how South Africa was moving in the right direction, how apartheid was not as bad as everyone said, but the bottom line for them was that we had to take South Africa as it was. It was too valuable an ally in the Cold War. Of course, they also shared a conspiratorial worldview with the apartheid government, making them soul mates in a larger sense.

The funny thing is, the IFF later turned out to be a project of South African military intelligence. For all its constant attacks on the left for being closet tools of the Soviet Union, the conservatives were the ones who were on the payroll of a foreign power -- discreetly, of course. Abramoff and Company were, once again, fighting liberalism for pay. This was pretty big news in South Africa when it came out during the Truth and Reconciliation hearings. Not so big here.

So the IFF folded shop when apartheid ended?

Actually, just a little bit before. The apartheid government was floundering by 1992 and at some point it pulled the plug on the group's funding. The IFF tried to struggle on for a short time on its own, but somehow that didn't work out. As with so many right-wing groups preaching the free-market gospel, this one couldn't make it without subsidies.

What was really fascinating about the IFF was the transformation it went through as the Cold War ended. Where once it had been a conspiracy-spotting organ of the hard right, it became libertarian. By 1991 or so it was obvious that apartheid was doomed. So the IFF's new task, strange as it might seem, was to try to depict the apartheid system as having been an offense against markets. The IFF -- a bought-and-paid-for front group of the apartheid regime, remember -- declared that the only true way to post-apartheid freedom was through complete privatization and deregulation of everything. Free trade was also essential. So their magazine puffed for NAFTA. It announced state-run electric utilities to be Stalinist. It called for the privatization of oceans.

There were other groups in South Africa taking the same line, and the idea was to set the stage for a post-apartheid future in which money and business would be safe from nationalization. And they got what they wanted.

How does this all relate to the scams that landed Jack Abramoff in jail?

There are a lot of parallels between what Abramoff did for South Africa and what he did for his clients as a lobbyist, but most of them weren't criminal. The key similarity is the concept of political entrepreneurship, of bringing market forces to bear on politics. Abramoff eventually became a lobbyist, sort of the ultimate political entrepreneur. Lobbying generally puts our relationship to our government on a paying basis, and Abramoff was one of its ablest practitioners.

Along the way, he and his pal Michael Scanlon set up a whole bunch of hollow nonprofit corporations, at least one of which called itself a "think tank." And Abramoff continued to direct an army of pundits, particularly libertarian ones, although that's hardly a crime. He also steered his clients' money into the by-now-enormous conservative industry in Washington, essentially directing all sorts of advocacy groups in the war on liberalism. It's like he had stepped into the role of the Pretoria regime, running and subsidizing a whole army of American ideologues.

It's a striking story, even a breathtaking one, and yet it's not one we've heard much about before. The media seems to shrink from confronting the outright venality of the conservative movement. You told me you did one recent interview in which the interviewer seemed to think you wrote too much like an angry blogger, and thought you were too hard on convicted bribe-taker Duke Cunningham, the former congressman. Why this discomfort with the story you're telling?

Well, conservatives have been screaming for decades about how disrespected and downtrodden they are, and the media has finally learned the lesson. They are terrified of the famous "liberal bias" critique, and the tidal waves of criticism that will crash down on them if they examine conservatism straightforwardly. So they don't.

What they prefer instead is to talk about "both parties," and always to assume that everything in American politics is done simultaneously and in precisely equal measure by both sides. Believing this closes off all kinds of inquiry to you, blinds you to all sorts of not-so-subtle nuances and imbalances in the system.

There's also the problem that the things I focus on -- for example, that conservatism tends to be an organic product of business interests -- are things that disturb them. Journalists might be social liberals, but there are damned few of them who are ready to scrutinize the power of business or the benevolence of markets. Or the motives of entrepreneurs, even when they call themselves "political entrepreneurs."

My own observation, though, is that we have been living through a conservative era, that conservatives regard the state and corruption and political activity in a particular way, and that therefore these things need to be investigated. Yes, I know, the liberal era of 30 years ago had huge flaws, too, and its own pattern of corruption, its own favored groups, all of which are very, very well known. I know those things. Everyone knows them. But they happened a long time ago.

I think we need to talk about the people who are ruling us now -- how they think, what they have done with the state, and why it is that a new scandal seems to erupt every goddamned week.