You control the vertical

With 3,600 hours of coverage planned from Beijing, you get to decide what to watch -- and what to skip. 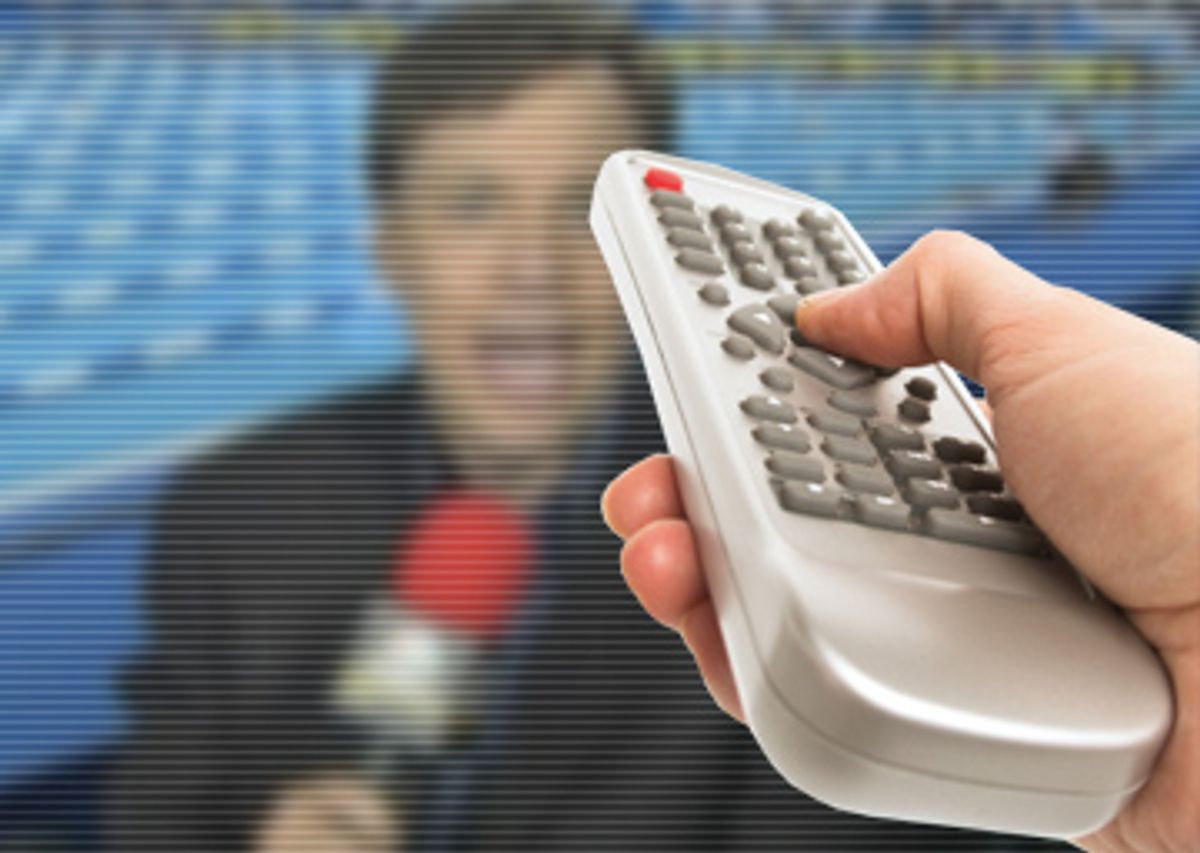 With the depressing news of missteps and human rights abuses by the Chinese government dribbling in from Beijing each day, NBC has its work cut out for it. Will Bob Costas' verbal flourishes about the pageantry, the heightened emotions and the unmatched drama of the Olympics really float this year against the backdrop of one of the most screwed-up countries on the globe?

No worries, my friends! NBC assures us that we control the transmission, the horizontal and the vertical. "For the first time, the average American will be able to create their own unique Olympic experience," says NBC Universal Sports and Olympics chairman Dick Ebersol in a recent press release. We're free to decide what to watch, choosing from a staggering 3,600 hours of coverage on NBC, MSNBC, USA, CNBC, Oxygen, Telemundo, Universal HD and live broadband streaming from NBCOlympics.com.

Yes, this means we can skip over the incessant talk of how long the athletes have waited for this big day. We can circumvent the continuous loop of gold-medal-draped Americans crying through the national anthem and ignore the long, rambling interviews with the same athletes in the studio.

We can forgo Costas' wordy digressions pondering the staggering natural and historical treasures of this mysterious and long-forbidden land.

Of course we'll also want to skip news of the latest doping scandals, since they tend to squat on the image of athletes as hardworking youths of formidable strength and integrity. We won't want to watch those "up close and personal"-style segments about young Romanian gymnasts with eating disorders or American parents who push their kids too hard, teaching them to parrot sound bites about being the best and winning at all costs.

We won't want to know about the javelin thrower whose father died when he was 4, or the marathon runner who was sidelined by injuries and stymied by mounting debt on the road to Beijing. And we definitely won't want to see any heart-wrenching montages, set to a soaring Celine Dion ballad, featuring ecstatic athletes on the podium as well as crushed athletes doubled over and weeping on the track.

Naturally we won't want to hear the incessant yammering of the color commentators, plus we'll want to avoid that end-of-the-night moment where Costas wraps up the day's events in one great big pithy, poetic package.

Let's see, that leaves only the actual sporting events, unvarnished and unheralded. What a relief!

No one will remind us how long the athletes have trained for this. No one will tell us that the swimmer in Lane 2 has a dying grandfather who insisted that he go to Beijing anyway. No one will gasp and gush about the immense record-breaking speed of the front-runner in Lane 5.

We won't have to hear cheers for the eventual winner or be reminded that this is his first gold medal. We won't have to see him hug his coach for several long minutes, and we won't have to watch the tears dripping down his face when he hears his national anthem. We'll get to avoid all of that.

Finally, we'll be free to watch the Olympics without all of the pomp and circumstance and the intimate stories and the emotionally overwrought gushing and the enormous hype!

Hmm. I wonder if "The Greatest American Dog" is on right now ...