Plenty of legal and illegal things enhance performance. When I was a gymnast, I'd have taken any of either that would have made me better. 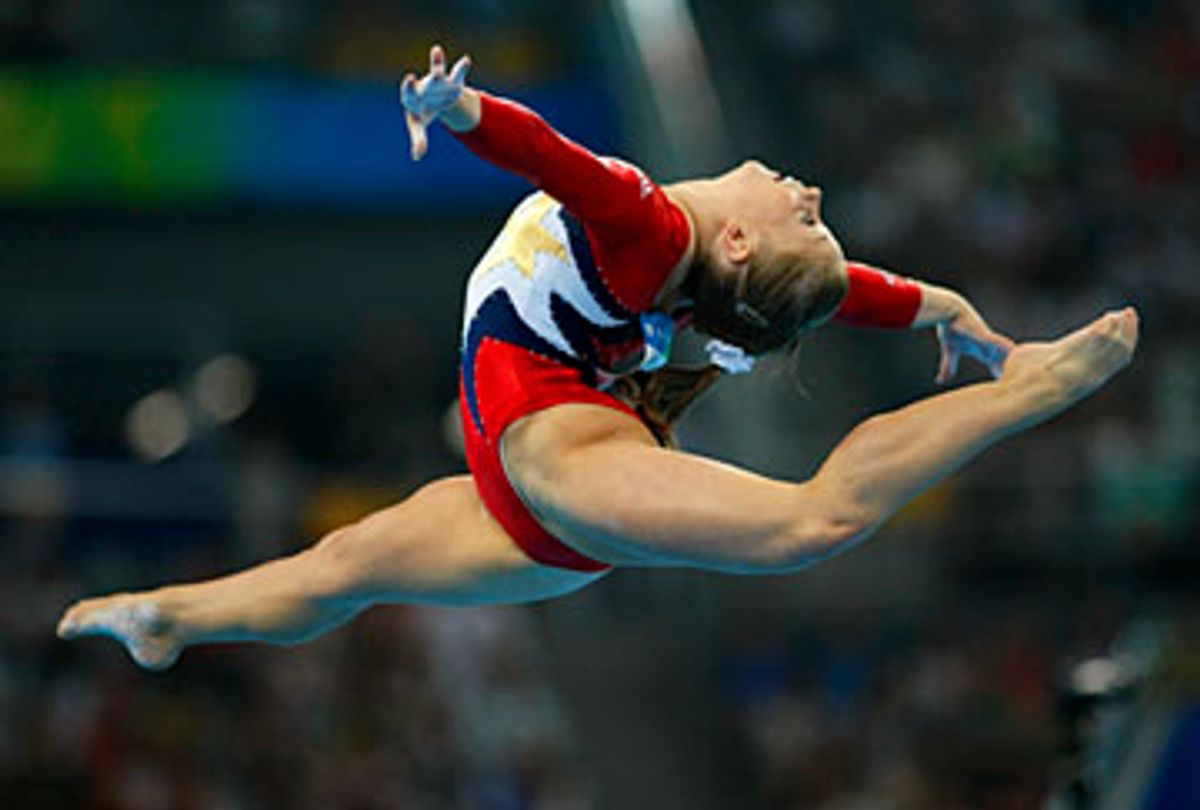 I gobbled Advil like M&Ms. True, these over-the-counter painkillers aren't on the banned-substance list. But considering that I could barely walk when entering the gym each day and I was transformed upon swallowing my first six pills, it could be argued that my performance was indeed enhanced by these capsules.

Between my left ankle, which was swollen beyond recognition and traumatized with floating bone chips, and my right leg, barely healed from a cracked femur, I had no good leg to rely on. Add to that the shin splints that attacked both legs below the knees, and I was walking wounded.

The first handful of pills usually wore off around the time I finished tumbling, at which point I had to move on to vault practice. Off to the bathroom for another four pills. This second batch never quite had the same numbing effect as the first half-dozen. But I limited myself to 10 each day, an arbitrary number that seemed somehow reasonable to me.

When the Walgreen's-variety painkillers stopped working, my doctor gave me a prescription for something stronger. A few of these choking horse pills and I was good to go. They worked so well at first, I thought I was healed and set the pills aside one hopeful day before workout. I realized no healing had occurred when I found myself limping down the vault runway, dragging each sorry leg behind the other, never picking up any decent momentum, landing in a heap with my face smashed into the ground on the other side of the horse.

Eventually the prescription meds stopped working too. On to monthly cortisone shots. These helped the fraying ankle for a time. Quelled the swelling, eased the pain. After six months of injections, they failed to extinguish the ache, reduce the grotesque distortion. I continued regardless, fearful that without them my legs might just fall off.

I also took piles of laxatives in the herculean battle to keep my weight below 100 pounds, my body fat below 3 percent.

While these surely wouldn't qualify as performance enhancers -- you try sticking a double back when you've had four choco-flavored Ex-Lax tablets the night before -- it's an indication that I would've done anything I thought might contribute to best-in-class performance. And many of the girls in my gym were doing the exact same things. We traded tips on purging like housewives trading recipes.

When athletes compete at the highest levels, all that matters is winning. The environment can become cultlike, in that normal standards no longer apply. There weren't other kids in my high school who willingly shot themselves up with steroid hormones to compete in the upcoming nationals. But my coaches encouraged it, the doctor offered it, and many of my teammates lined up right behind me. It was ordinary.

I would have done anything that would have allowed me to perform better. If someone had said to me, "Bend over. Try this. It will make you stronger and faster," my leotard would have been pulled up into a wedgie to make way for the magic before Dr. Mengele could have loaded up the syringe.

Michael Sokolove wrote in Play, the New York Times sports magazine, that "what's lost when drugs permeate sport is quite simple: authenticity and believability." While Shawn Johnson, America's hope for a gold in gymnastics, most certainly isn't taking steroids, she enjoys the assistance of a super-springy floor exercise mat when she performs her double twisting double back opener.

Does the helpful equipment make this feat any less believable? I don't think so. I know this enhancer seems acceptable because it doesn't put the athlete's health in danger, but by Sokolove's argument it creates a certain artificiality nonetheless.

I don't blame the athletes like Marion Jones for juicing their performance with a little extra oomph. She's caught up in her sport; she needs that little somethin' somethin' to maintain her edge. Everyone else is doing it. If you shot me up with whatever she had, I wouldn't be the fastest woman alive. It was still her out there on that track. Just as it's Shawn Johnson flipping and spinning on the floor mat.

If the athletes are willing to risk their health -- which many do already without taking steroids -- let them. It doesn't ruin it for me.