This is not my beautiful wife

Meteorology meets conspiracy in Rivka Galchen's exquisite first novel about a man who mistakes his wife for an impostor. 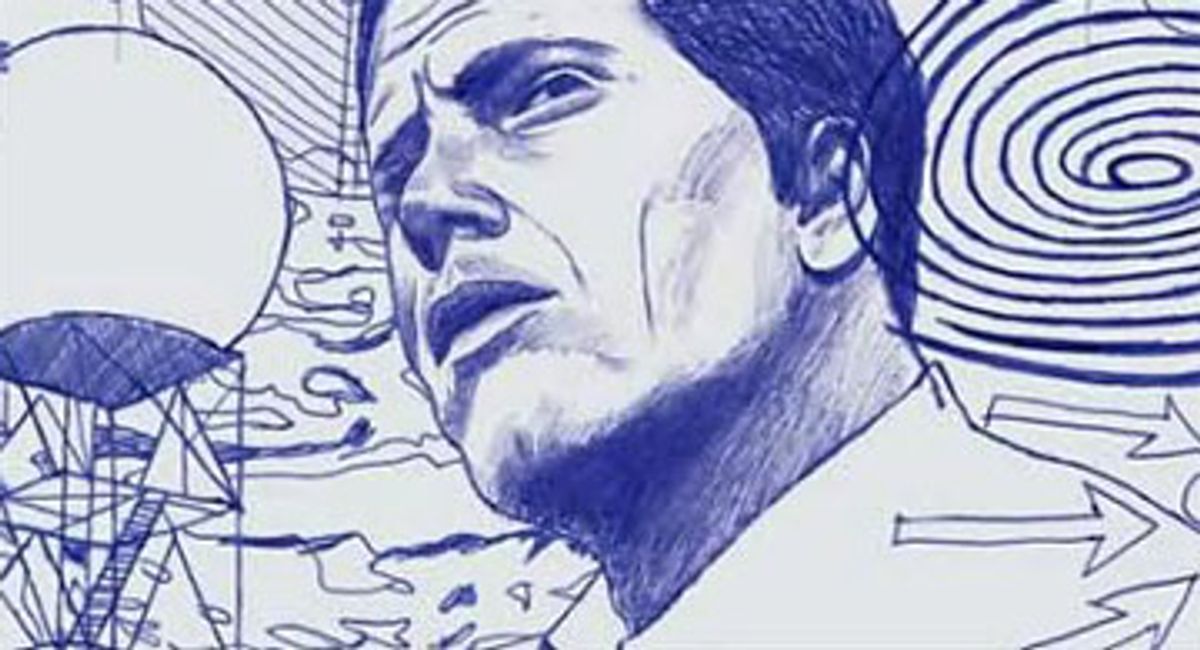 "Last December," explains the narrator of "Atmospheric Disturbances," Rivka Galchen's droll, exquisite first novel, "a woman entered my apartment who looked exactly like my wife." The speaker is Leo Liebenstein, a New York psychiatrist, and the wife is Rema, an Argentine considerably younger than her husband. Confronted with this ingenious impostor (she's so good he briefly contemplates the possibility that one of her feet might really be his wife's), Leo is initially nonplused. Soon, however, he formulates a plan: find the real Rema. His search spans continents, entails a possible career change and enlists the help of a patient who says he can manipulate the weather.

Although the reader never truly doubts that Leo is deluded, the nature and root of his fixation is the novel's central mystery. He believes that he has carefully scoured the evidence for signs of the "post hoc reasoning" that "is the consolation of the psychotic," and, finding none, asks, "Why should I believe, just by fiat, that this woman was Rema, when that ran contrary to the phenomenology?" Why indeed? The interloper ("the simulacrum," he calls her) is less "emotional" than the real Rema, except when she's more so, a little older, not quite so pretty and she drinks her tea differently. She brings home a puppy, although the real Rema "doesn't like dogs at all." Leo reports this "proof" matter-of-factly, then, in a burst of displaced defensiveness, explains that his habit of rinsing his hands under a warm tap to calm himself is "just this very normal thing that I do."

That peculiar little aside -- the justification of a practice that requires no justification -- is the key that unlocks Leo's case: Everything he feels or does is displaced, and ought to be felt about or done to someone or something else. His life has decidedly gone wrong, and he, of all people, ought to be able to pinpoint the cause by decoding the contents of his own heart and mind. But, as is often the case among even the perfectly sane, the hardest puzzle to solve is one's self.

Leo began going off the rails after he let Rema talk him into deceiving Harvey, a patient convinced that he is a secret operative for the Royal Academy of Meteorology. If Leo pretended to be a higher-ranking operative, Rema argued, he could use this bogus authority to prevail upon Harvey not to take the long, dangerous, cross-country jaunts that have been worrying his mother sick. The couple concocted a scheme that involved Rema calling Leo's office pretending to be one Tzvi Gal-Chen (a real meteorologist and also the author's father) and relaying orders to Harvey. It's important to pick an actual meteorologist to impersonate, Rema remarks, because "the real is good for deception." It's either this revelation of her capacity for falsehood or his own newfound success at lying that splinters Leo's world and sets him frantically sorting through the resulting shards, trying to separate the fake from the authentic.

Tzvi Gal-Chen soon looms large in Leo's story. Leo may dismiss Harvey's claims that the Royal Academy of Meteorology communicates with him through secret messages in the New York Post, but that doesn't stop Leo from studying Gal-Chen's published papers, seeking clues to his wife's disappearance. In reports on the use of Doppler radar in weather assessment and in a particularly evocative diagram of a storm, he finds a "sense of concordance, and meaning, of a pattern both inscrutable and yet, at some almost cellular level, detected." Leo makes lists of random details and misheard words, all of which seem to be charged with an ominous significance. Then he begins to receive e-mail from Gal-Chen himself, sent from a place even more marvelous than the Royal Academy of Meteorology. Well, that's if it really is Gal-Chen; perhaps his correspondent is in fact Rema, who has, after all, a record of impersonating Gal-Chen.

What gives Leo's confusion its comic pathos is that its absurdities aren't exclusive to the mad. All of us collect an enormous grab bag of facts and observations from the world around us, then pluck out the items that best suit our needs and beliefs. We assemble these bits and bobs into a mosaic, forming a picture of, perhaps, a normal, happy life (much like a photograph of the real Galchen family reproduced in "Atmospheric Disturbances"), or an orderly universe presided over by a benevolent God or, in the case of Harvey, a conspiracy theory involving a group called the 49 Quantum Fathers. It turns out that Rema wasn't exactly who Leo thought she was, and she is certainly no longer exactly the woman he thought he married. Unable to reconcile this with his understanding of his marriage (and ultimately of his own feelings), Leo scrambles the tiles and forms a new image: She's not the same woman at all.

At once mournful and playful, "Atmospheric Disturbances" is not in the end a novel about insanity, with all its terror and suffering; Leo's own disturbance too closely resembles the mentality of ordinary people. In a way he's right: He's no longer living with "the original Rema." How could he be? Furthermore, he begins to suspect that he is faced with an "Initial Value Problem," that is, an enigma multiplied by his fundamental misperception of the original Rema. In an existence constructed out of interpretations, reason may be the biggest delusion of all. Or as Tzvi Gal-Chen would put it, "we can't predict the weather accurately if we have the wrong ideas about what the weather is right now."